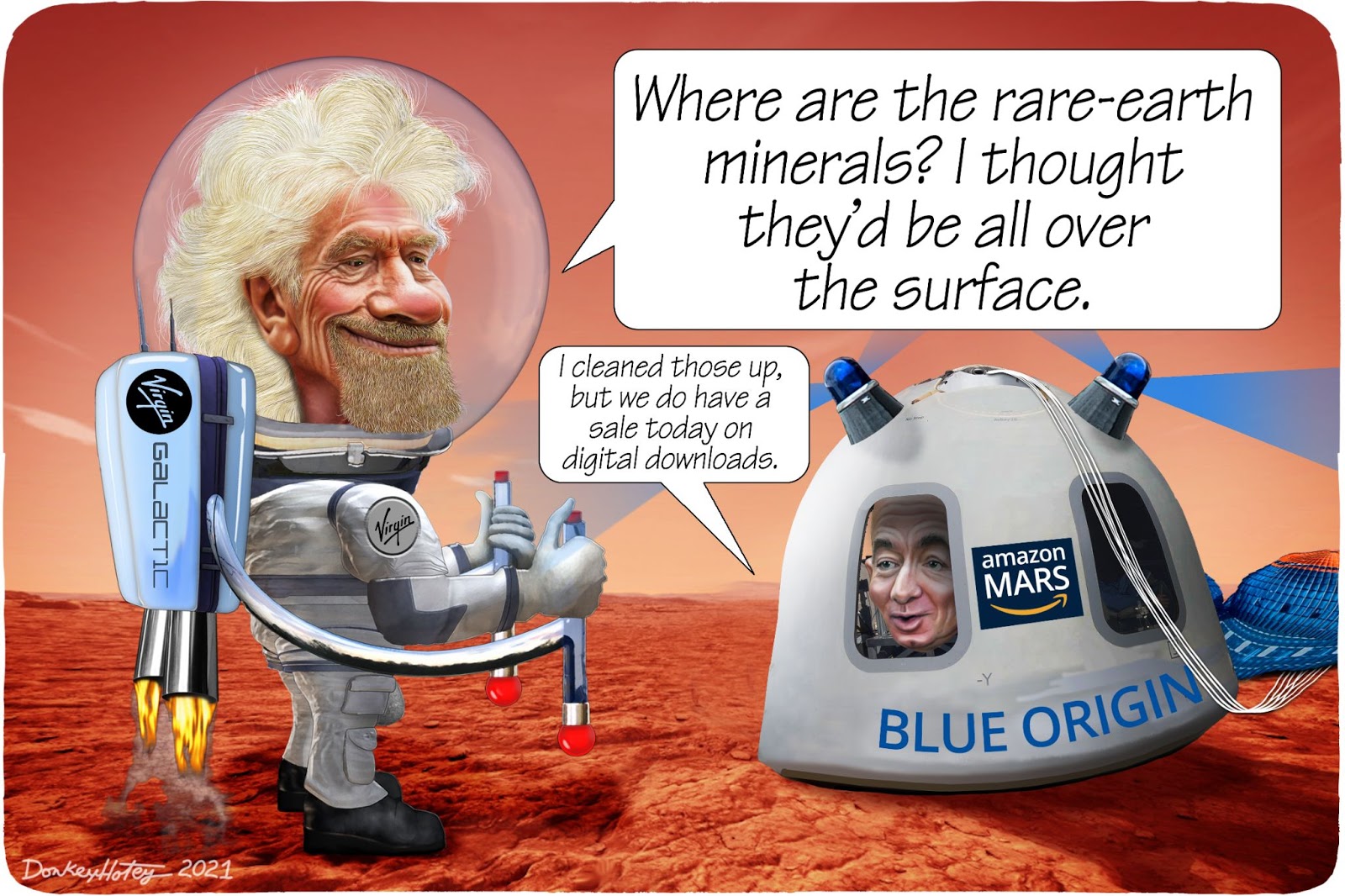 The Big Bang Theory — Why Billionaires Should Go to Space

Lots of people are complaining about billionaires playing astronaut. That’s understandable… but also very short-sighted. Instead of vilifying them, we should view the desire of the uber-rich to fling themselves into space as an opportunity that could solve many of society’s problems.

It goes without saying that these little space adventures are extremely self-indulgent and tone-deaf — especially in an era of a widening wealth gap, tax evasion by the richest of the rich, and a growing awareness that the currently practiced version of capitalism only works for a few people at the top.

During a global pandemic that has burdened hundreds of millions of people across the globe with additional hardships while exposing the massive inequality that plagues the US (and the world in general), imagine the kind of person who thinks this is the moment to proudly proclaim: “Hey, guys, I’m going to space on my own private rocket ship that I had built using my unspeakable wealth! And then I’ll go on TV to tell y’all how awesome it was.”

It makes sense that, on an emotional level, this upsets people.

But let’s think about it rationally: We shouldn’t shame them for going to space; we should be encouraging them.

Why, you ask? Well, did you know that fewer than 600 people have ever gone to space, and a total of 19 have died during their spaceflights? One in 30. I like our odds.

With that in mind, I propose a groundbreaking plan to get the decadently rich to pay their fair share and, in the process, create opportunities for low-income Americans, fix the country’s infrastructure, offer affordable health insurance to everybody, address the looming climate catastrophe, and, for good measure, end world hunger.

Sound complicated? It is not. In fact, this plan only has two steps.

1)    Reform the estate tax to ensure that a person who dies can only bequeath a total of $10 million of their wealth. The rest goes toward the common good.

2)    Incentivize all billionaires to go to space.

As Sir Richard Branson demonstrated this week — and Jeff Bezos is planning to do on Tuesday — you don’t even have to encourage some billionaires to strap themselves into a spaceship and leave our planet behind. They’ll do it all on their own!

Imagine how much easier the French Revolution would have been if some aristocrats had just walked themselves to the guillotine and saved everybody a lot of trouble.

Others, however, may not be as eager to take a trip to space just to inflate their frail egos. So, how do you nudge them to take the leap? Fortunately, the insecurity so many tech moguls like Bezos or Mark Zuckerberg seem to share is not the only trait the super-rich have in common.

Every one of them is also incredibly greedy. How else do you explain their desire to hoard obscene amounts of money (and then evade paying taxes) while so many others are suffering?

In this case, we can make their greed work in everybody’s favor. We simply have to pass a wealth tax that is more stringent than the one introduced by Sens. Elizabeth Warren (D-MA) and Bernie Sanders (I-VT) this year… with one glaring loophole (and, boy, these billionaires love loopholes):

The only people who would have to pay the wealth tax are those who are physically on Earth when their taxes are filed. Anybody who prefers to be in the vast perilous darkness of space doesn’t owe a dime.

Then we just have to sit back and let the odds do the work.

If that sounds cruel, think how much more cruel it is to have the means to help millions of people and instead build your own rocket for a joyride to nowhere.

And, after all, we’re really just following the advice of visionary Elon Musk, who confided to Twitter: “those who attack space maybe don’t realize that space represents hope for so many people.”

That’s right, Elon; if you keep going to space, all of us have reason to hope.