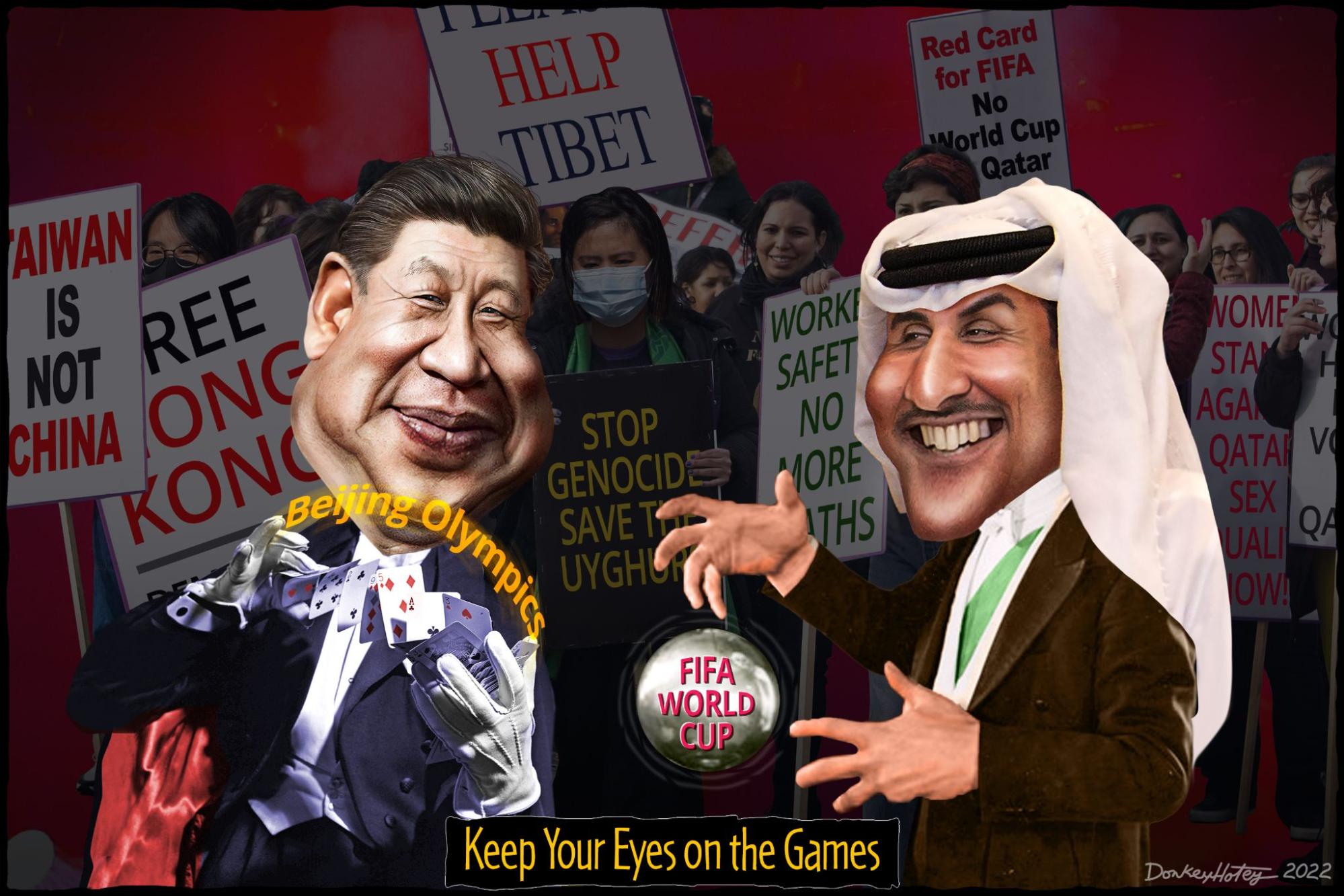 Made in China: The Olympics Hit Rock Bottom

In ancient Greece, a truce was declared before and during the Olympic Games to ensure that athletes and spectators could travel safely to and from the competition, and that the host city would not be attacked during the event.

It’s one of the earliest recorded examples of sports being a force for good and for bringing people together.

In the nearly three millennia since that first truce was announced, there are many examples of sports having had a positive impact on society. And, with the advent of mass media, many national and international competitions, teams, and individual athletes have managed to transcend borders and bridge racial, political, and social divisions.

For billions of people, sports can offer a respite from everything else going on in the world. There is a reason why the Olympic Games — along with the soccer World Cup — dominate the list of the most watched events of all time.

History shows that sports can have dramatic effects.

For example, the success of the Ivory Coast’s national soccer team has been credited with triggering a ceasefire in the country’s civil war.

A recent study shows that, since Liverpool’s most prominent soccer club signed Egyptian international Mohamed Salah, hate crimes in that city dropped significantly, and anti-Muslim tweets by Liverpool supporters were cut in half.

In the US, baseball player Jackie Robinson had a profound impact on race relations when he broke the sport’s color barrier in 1947. Overcoming tremendous adversity and abuse, he became the National League’s most valuable player just two years later. After his playing career, Robinson went on to use his fame to become a civil rights activist.

With his refusal to fight in Vietnam, boxing icon Muhammad Ali played an instrumental role in jumpstarting the anti-war movement in the US. Like Robinson, he is celebrated now, but, at the time, he was also subject to harassment and an intense backlash.

Regrettably, the passion that sports elicits is not always a force for good, and there are countless examples of it triggering violence — from drunken brawls in parking lots to the so-called Football War, an armed conflict between Honduras and El Salvador that broke out after the nations played a series of soccer matches.

Even worse, throughout history, the power of sports has been abused by governments that have tried to harness it for their own purposes.

Ancient Roman leaders sought to pacify the masses by offering them bread and games — a phrase that is still used to indicate that unruly crowds can be controlled by keeping them fed and entertained.

In 1936, Nazi Germany took things to another level by staging grand Olympic Games in Berlin that were meant to garner global goodwill for a regime that was preparing to plunge the world into war and commit genocide against the Jews. 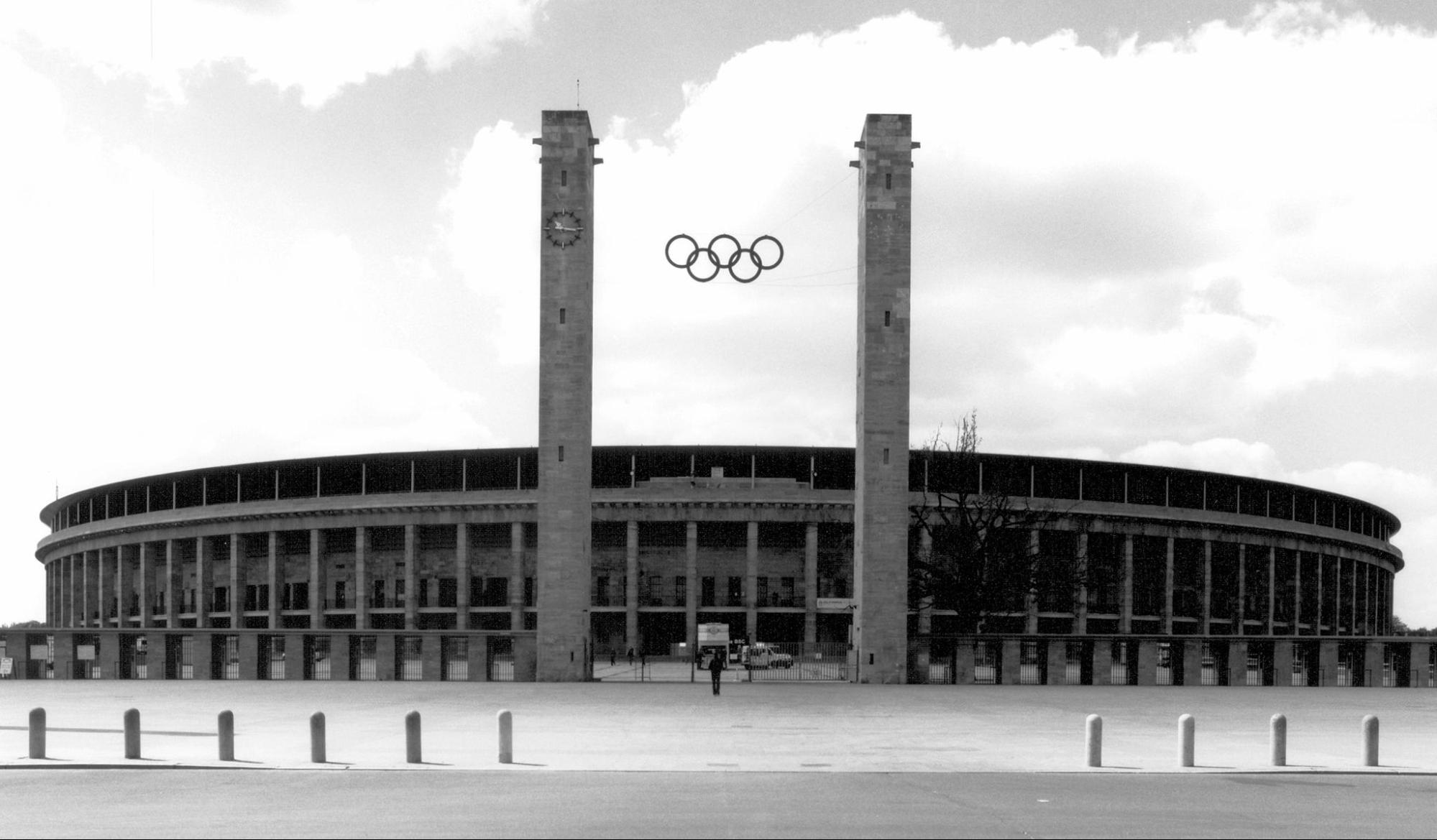 It worked. The Games were an effective propaganda tool that awed visitors and gave them a very false sense that things were not as bad in Germany as they were made out to be.

For example, The New York Times proclaimed: “OLYMPICS LEAVE GLOW OF PRIDE IN THE REICH; Germans Themselves Seem to Have Taken Some Lessons to Heart and Visitors Gain a Good Impression.”

Unfortunately, many other regimes have taken this particular page out of the Nazi playbook and coopted sports — in particular major events like the Olympics or the World Cup — to portray themselves in a favorable light.

This year serves as a particularly painful reminder of how these celebrations of athletic excellence have been transformed into a tool for repressive regimes to make themselves look good.

First, like a layer of fresh snow that can make anything look pretty, China will try to use the Winter Olympics to gloss over its many human rights abuses. President Xi Jinping promised this week that the Games, which began on Friday, would be “splendid.”

It’s unlikely that imprisoned Uyghurs in western China, detained protesters in Hong Kong, exiled Tibetans, or Taiwanese citizens, who are feeling growing pressure from the mainland, share that sentiment.

But what’s a little genocide among friends? Or the squashing of a pro-democracy movement? Or the annexation of Tibet?

Perhaps the best illustration of how absurd it is to choose China to host the Olympic Games is that the FBI has urged athletes to leave their personal phones at home and instead use burner phones to protect themselves from “malicious cyber activities.”

This begs the question: With all of these problems, how in the world was China awarded the Games in the first place?

The answer is simple: Money. 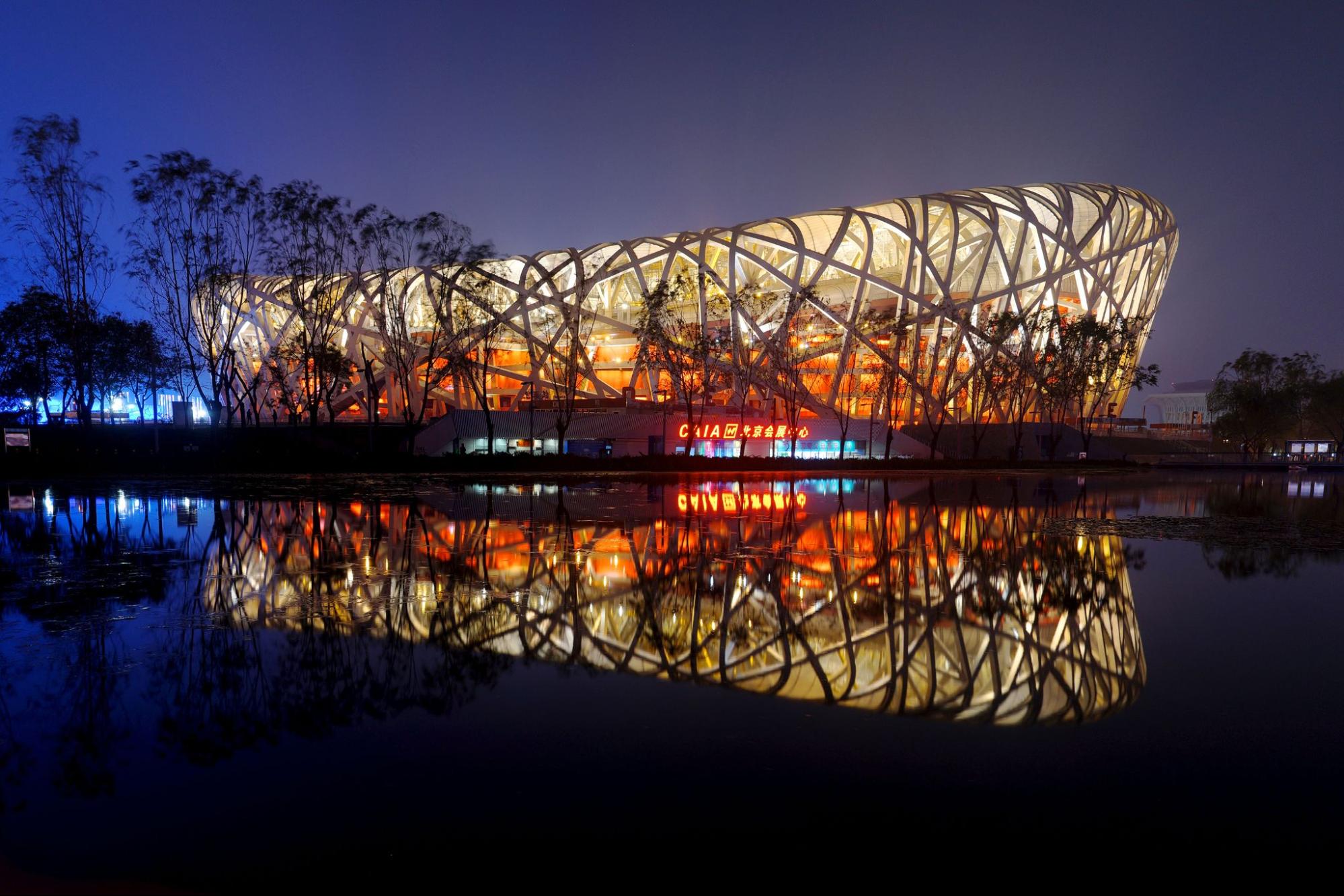 One byproduct of the global popularity of sports has been the total commercialization of events like the Olympics or the World Cup.

Thomas Bach, the head of the International Olympic Committee, admitted as much when he said that China’s winter sports industry is expected to grow to $150 billion by 2025. Maybe the Uyghurs in their labor camps won’t buy snowboards, but there are more than a billion Chinese potential winter sports enthusiasts out there who might.

Not to be outdone, FIFA awarded the 2022 World Cup to Qatar. If you are unfamiliar with FIFA, it’s soccer’s governing body… and incredibly corrupt.

As an aside, the World Cup, arguably the premier sporting event of them all, is traditionally held every four years. However, because it’s such good business for FIFA, the group’s president, Gianni Infantino, recently argued that there should be a World Cup every two years to “give hope to Africans so that they don’t need to cross the Mediterranean in order to find maybe a better life but, more probably, death in the sea.”

That rings true. According to an exit poll of African migrants who washed up on the shores of Europe after a death-defying journey across the Mediterranean, 80 percent said they made the harrowing trip because the World Cup isn’t held every other year. Just kidding, of course. We only wanted to show how ridiculous Infantino’s “argument” sounds. The real reason is that his corrupt organization would be able to make a few billion dollars more if its marquee event were held more frequently.

While it’s not great that the world’s most popular sport is run by (mostly) men of (often) questionable character, it is certainly welcome news for countries that want to bribe their way toward hosting the World Cup.

Like… Qatar (allegedly), or Russia, which held the last World Cup.

Granted, compared to China, Qatar is not so bad. Well — it’s pretty bad for the many migrant workers who died building soccer stadiums and other World Cup infrastructure in recent years. Or for women who want to freely drive, or travel abroad, or choose a spouse, or… actually, probably most women. 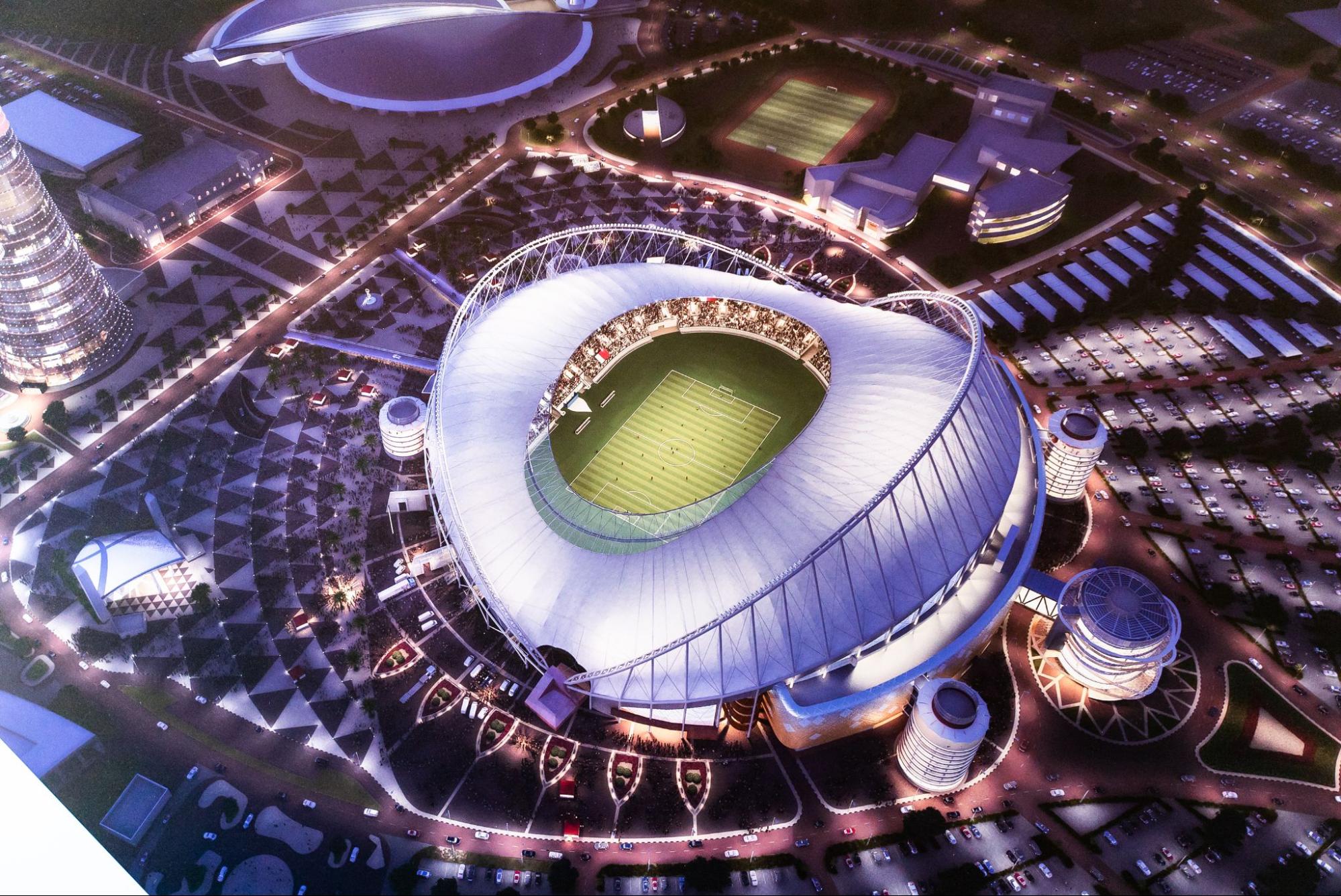 By the way, it’s not as though there haven’t been calls to highlight these problems.

For example, the national soccer teams of Germany, the Netherlands, and Norway all wore T-shirts ahead of matches one time last year in order to demand respect for human rights. T-shirts. Once.

To be fair, Norway actually discussed a boycott of the World Cup before ultimately deciding against it… and then failing to qualify.

In China, there actually is a boycott: that of a few foreign dignitaries. As a result, you won’t be seeing an official delegation from the US (and several other countries) at the Olympics, which will be held without spectators due to the coronavirus pandemic.

Then there were some who wanted to go a step further, namely congressional Republicans.

For example, Sens. Marsha Blackburn (R-TN) and Tom Cotton (R-AR) wanted US athletes to boycott the Games, which was never going to happen since the Olympians, their sponsors, and media companies would have lost too much money that way.

And just last week, several House Republicans wrote a letter to Susanne Lyons, the chair of the US Olympic and Paralympic Committee, asking her to make sure that US athletes were properly educated about China’s various human rights abuses.

The best (and least self-aware) part of that letter deals with the threat of Chinese officials to punish athletes who are speaking out against China.

“Public statements from yourself and other USOPC officials acknowledge the danger, but sadly such statements indicate that our athletes are being encouraged to self-censor: ‘The laws of China are distinct and different. … The expectation is we abide by the rules of that country.’”

If there were a medal for hypocrisy, they’d win the gold.

Maybe Colin Kaepernick should buy himself some skates and head to Beijing.