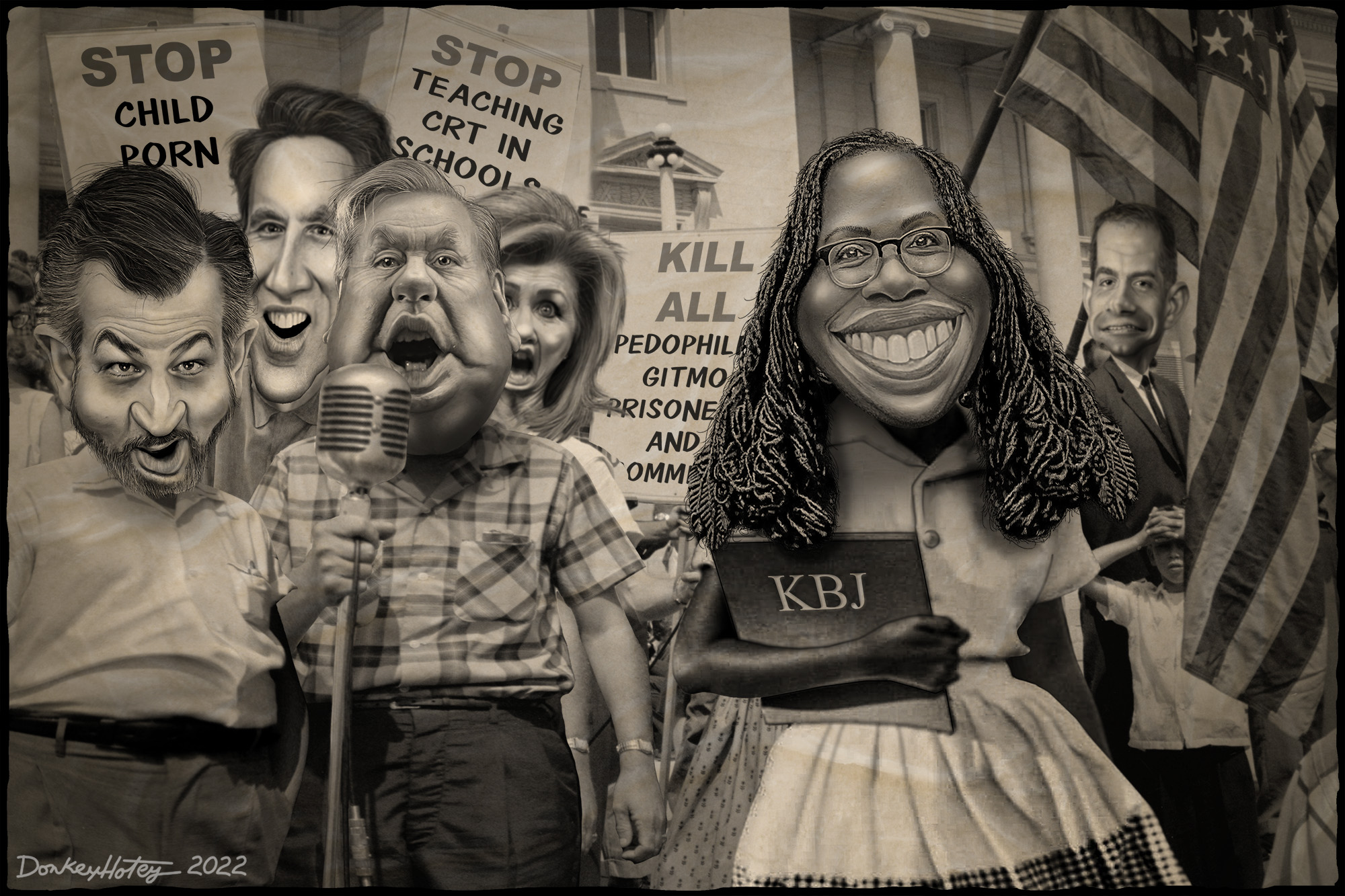 Generally, it’s nearly impossible to predict when history will be made, and it’s even more difficult to get a front row seat when it does happen.

For example, the people who went to Gettysburg, PA, in November 1863, to listen to their president speak could not have known that Abraham Lincoln’s words would endure the test of time.

Nobody who got on a bus in Montgomery, AL, nearly 100 years later could have imagined that their evening commute would turn into a seminal moment of the Civil Rights Movement when Rosa Parks refused to give up her seat to a white man.

Sometimes, however, it is possible to know when something is going to happen that will certainly find its way into the history books. That was the case this week when Ketanji Brown Jackson, on the verge of becoming the first Black woman on the Supreme Court, testified before the Senate Judiciary Committee.

In normal times, this hearing would have followed a rational script: Even the senators opposed to her would have noted the significance of this moment, possibly pointed to ideological differences, and left it at that. Why do anything else? Even if they wanted to derail her confirmation, they wouldn’t be able to. After all, if the Democrats couldn’t deny a seat to a nominee credibly accused of sexual assault who cried during his hearing and professed his love for beer, then what could happen to a much more qualified nominee?

But these are not normal times.

And that is why, instead of enjoying their front row seat to history, several Republicans chose to present the ugly face of bigotry to the world. It’s a face all too familiar to those who followed the civil rights battles of the ‘50s and ‘60s. And, while these senators did not manage to spoil the moment, they did their damnedest to sully it.

Put yourself in Jackson’s shoes: She is about to achieve something that no Black woman has ever done. That being said, this accomplishment is not hers alone. She stands on the shoulders of countless people who, throughout US history, have worked hard — and in many cases sacrificed their lives — to make this moment become a reality.

Even more, Jackson must know that she will become a role model for future generations (her demeanor certainly indicated that she was acutely aware of the significance of the moment). Decades in the future, little girls will name her when they are asked whom they aspire to be like.

So here she is, on the cusp of history, and then some yahoos ask her how religious she is on a scale from one to ten, whether she thinks babies are racist, and if she can define the term “woman.”

While we are frequent critics of what the GOP has become — a bunch of self-radicalized performance artists — it makes sense that they behaved this way. Because, if you really think about it, this competent woman patiently answering moronic questions is their worst nightmare.

Now put yourself in their shoes.

These Republican senators, namely Lindsey Graham (SC), Ted Cruz (TX), Josh Hawley (MO), Tom Cotton (AR), and Marsha Blackburn (TN), could have taken the high road, been gracious, and simply witnessed history. Instead, they felt compelled to score some cheap shots in an effort to get onto Fox News. Predictably, it worked.

While we are frequent critics of what the GOP has become — a bunch of self-radicalized performance artists — it makes sense that they behaved this way. Because, if you really think about it, this competent woman patiently answering moronic questions is their worst nightmare.

The Supreme Court has always been dominated by white men. Jackson will be only the fourth person of color to serve on the court and just the sixth woman.

Therefore, it should hardly come as a surprise that the court has more often been a tool for maintaining the status quo than for changing an unjust society.

While conservatives would prefer not to talk about this — and certainly not have it taught in schools — it is an undeniable fact. Throughout US history, white people have benefited from a system that allowed them to oppress others — whether by denying these others their freedom or curtailing their rights, such as the right to vote, marry, eat in the same restaurant, get an equal education, etc.

Yes, the Supreme Court has made some landmark decisions regarding some of these things. However, such advances usually came in the midst of societal changes that were already underway. Most importantly, every step toward achieving a more just society was hard-fought, usually incremental, and always seems to be on the verge of being taken away again.

A great example is the 1965 Voting Rights Act, which the Supreme Court eroded with its ruling in Shelby County v. Holder and which states keep trying to chip away at whenever they get the chance.

Or look at comments this week from Sen. Mike Braun (R-IN), who said that it should be left to the states whether to permit interracial marriages. If that sounds outrageous and completely backwards, keep in mind that there are couples in the US alive today for whom marriage was illegal at one point in their relationship. And that is the kind of society many conservatives want to return to.

That is why “Make America Great Again” appeals so much to them. They yearn for a time when they could call Black people “negroes,” when gay people were not in their faces with their kissing and their hand-holding, when women were punished for making choices about their own reproductive rights, and when races weren’t allowed to mix.

In the “good old days,” the “others” knew their place, which was at the back of the bus or, even better, out of sight. But certainly not on the Supreme Court.

While they won’t admit to having been the beneficiaries of a history of oppression, deep down they know this to be true. Even though the Supreme Court has largely been their ally, they also know that its rulings on issues like segregation have upset the way things should be in their view. And, as a result of the permanence of the court’s rulings, just imagine how much “damage” justices could do if they actually made their decisions on the basis of the ideals of equality on which the nation was founded.

In other words, they realize that the Supreme Court is much more of a threat to their preferred way of life than, for example, a Black man serving two terms in the White House… and even that transformed the GOP from a serious party into a nationalist movement.

So of course they are scared of Jackson. If you think that justice is a zero-sum game — and you know that you have long been on the winning end of things — how scary must be the prospect of a Black woman (let alone five or nine) on the Supreme Court?

What if, as opposed to applying the law fairly (as the court should have been doing all along), a bunch of non-white, non-male justices were to put the shoe on the other foot?

That is the fear that these Republicans were tapping into with their asinine questions. And, more than anything, it explains why they decided to make fools of themselves while Jackson was making history.