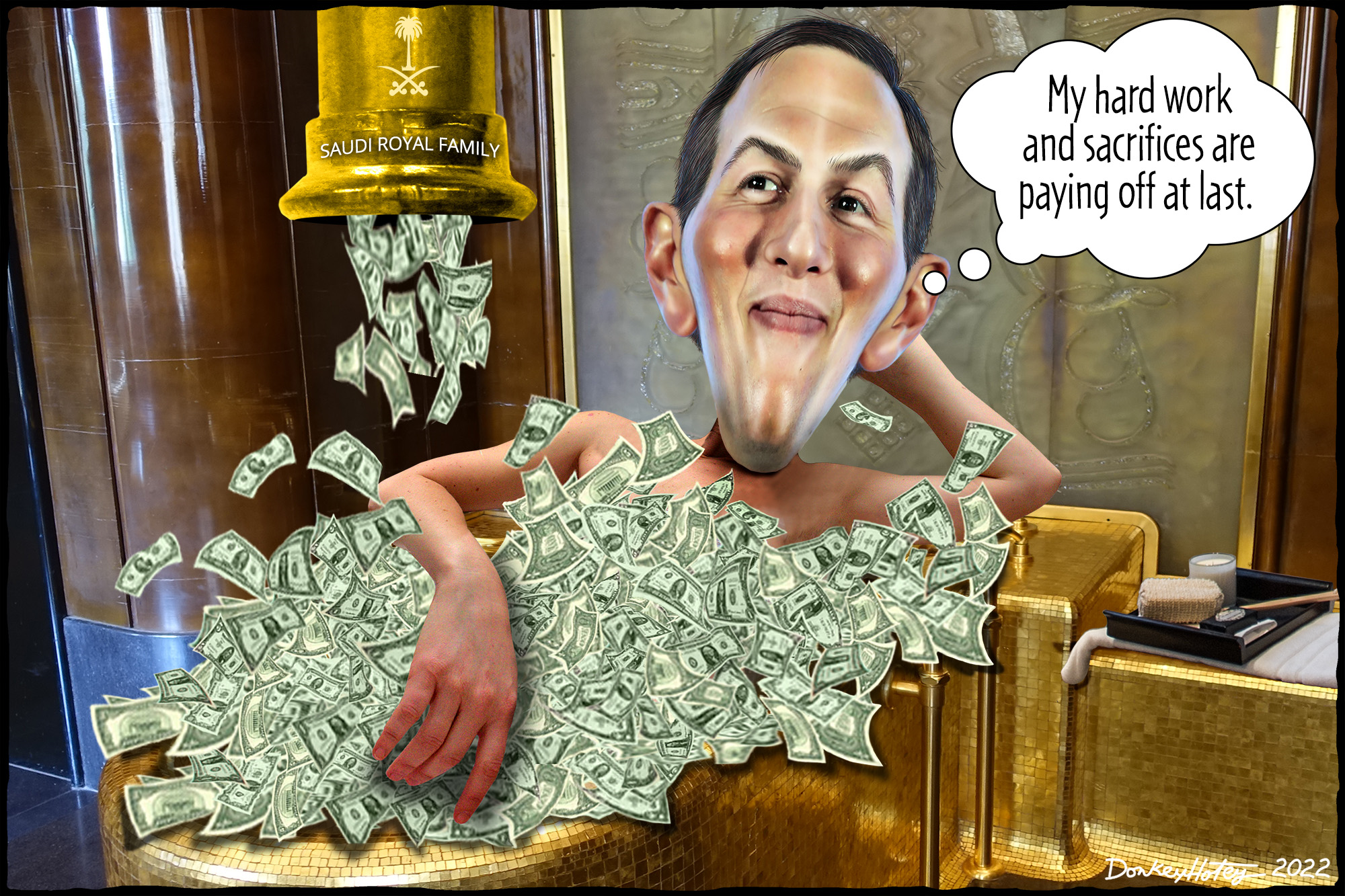 Bipartisanship in All the Wrong Places

Turns out that bipartisanship isn’t dead after all. There is still an issue that many Democrats and Republicans can agree on: corruption. Not fighting it, mind you, but rather turning a blind eye to it.

Granted, it would be impossible to entirely eliminate corruption in Washington, DC. The federal government now doles out more than $4 trillion annually, and anybody who can afford a lobbyist, i.e., rich people, large corporations, and foreign countries, wants a piece of that pie.

That means there is always going to be some corruption. Obviously, it’s not called that in DC speak. Here, people refer to sanctioned, legal bribes as “campaign contributions” or “wining and dining lawmakers.”

And there will always be corrupt politicians who exploit the loopholes and gray areas in already lax ethics and campaign finance laws. The hope is that the worst offenders can be caught.

Is that an ideal system? Far from it. The country loses every time a decision is based not on what’s the best use of taxpayer money but rather on the influence of a lobbyist or the lawmaker’s own greed. In other words, every dollar spent on an overpriced weapons system is not going to fix a road. And, even if that dollar does go to road repair, it may fatten the pockets of a contractor who is better at lobbying than paving.

There are laws and rules, of course, that are meant to prevent illicit behavior. They prohibit outright bribes and curb the most egregious ethics offenses. However, you’d have to be really unlucky or a complete idiot to get caught. In addition, some of the punishments are a joke.

For example, lawmakers who violate the Stop Trading on Congressional Knowledge (STOCK) Act, which requires them to report stock trades within 45 days of the transaction, face a fine of… drumroll… $200 — and the penalties are not even disclosed to the public. Still, we know there have been at least 59 violations recently.

Oh, and if you violate campaign finance rules, then your campaign can just pay the fines — or not, and the Federal Election Commission will just forget about it. That’s as though the sole penalty for bank robbery were putting the money back if you got caught.

If this all seems very lenient, that’s because it is. Which shouldn’t come as a surprise since the very same people to whom these laws apply are also writing them… and their appetite for being treated to steak and lobster at The Capital Grille is much greater than their appetite for cleaning up DC.

This combination of lax rules and minimal punishments means that it is really difficult for people in DC to get in real trouble for unethical behavior. 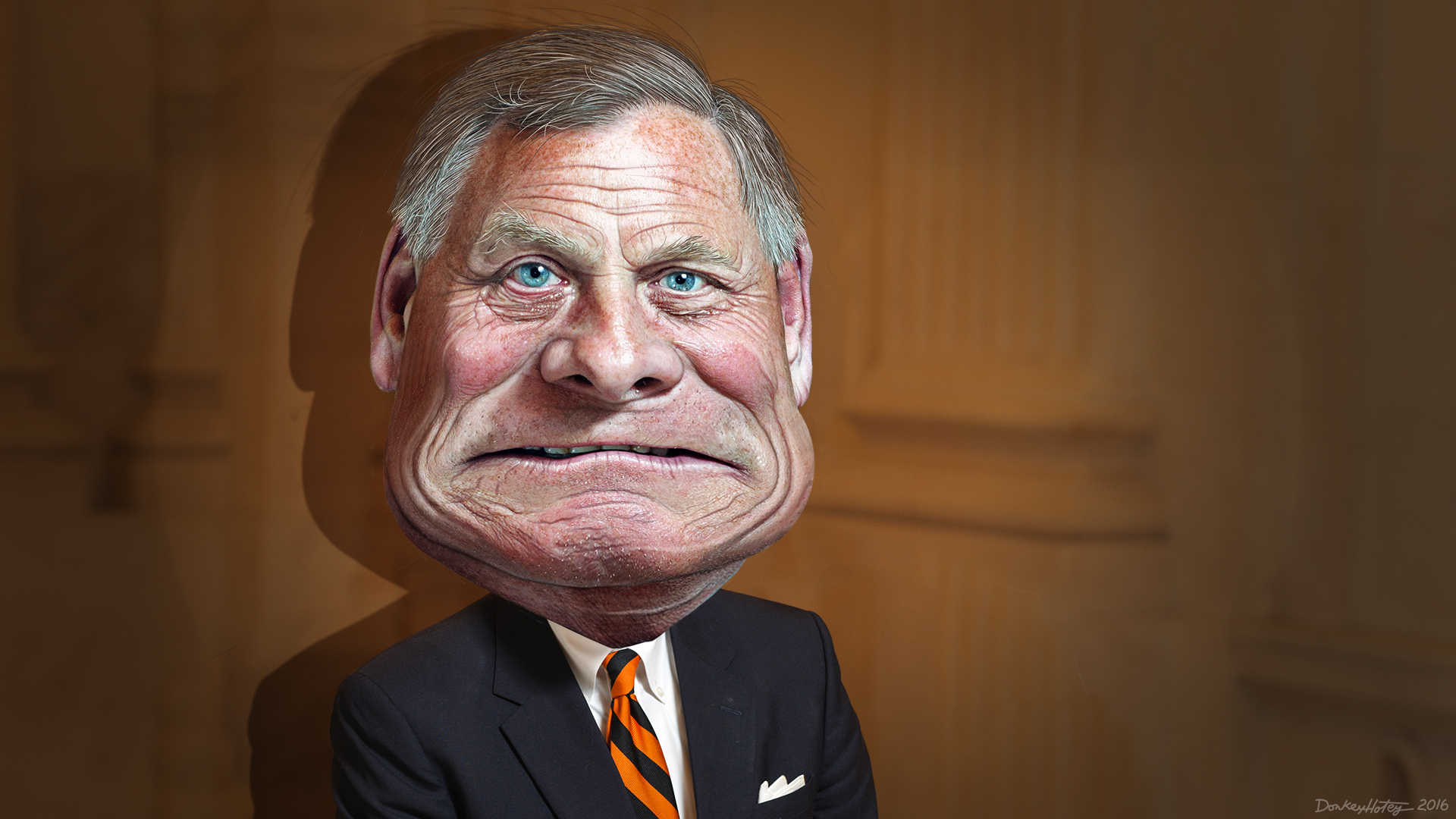 Richard Burr is a Republican and the senior senator for North Carolina. Photo credit: DonkeyHotey / Flickr (CC BY 2.0)

Take Sen. Richard Burr (R-NC). After getting classified briefings on the coronavirus situation at the very start of the pandemic, he unloaded most of his stocks. Keep in mind that members of Congress are prohibited from using nonpublic information for investment decisions. Oh, and his brother-in-law also dumped stocks worth tens of thousands of dollars before the economy tanked.

The Department of Justice declined to press charges, just as it did in the similar cases of current and former Sens. Dianne Feinstein (D-CA), Kelly Loeffler (R-GA), and Jim Inhofe (R-OK).

Keeping in mind how humans are subject to temptation, how much money is at stake, and how vague and toothless many of the rules are, this might seem like an acceptable level of corruption. And that might be true if all of the decision-makers in the White House and in Congress were guided by a moral compass that is somewhat intact.

However, the laws and regulations that DC’s powerbrokers have written for themselves don’t work at all when the people in power have no qualms about corruption… for example, when an entire family of grifters moves into the White House.

And that brings us to Jared Kushner.

This week we learned that Donald Trump’s son-in-law, whose portfolio as White House adviser was as impressive as his lack of accomplishments, somehow managed to secure a $2 billion investment from a Saudi investment fund led by Crown Prince Mohammed bin Salman.

If that sounds fishy already, things get even dodgier: Internal documents show that the fund’s advisers expressed serious concerns about the deal.

Let’s play out a very real scenario to see how troubling that is: It is quite possible that Trump could win the presidency in 2024 and Kushner would once again play an important role. In that case, wouldn’t it be nice for a Saudi prince with deep pockets and shallow morals to have an ally in the White House who is beholden to him?

Trump and his brood not only illustrate the importance of anti-corruption and ethics laws but also the need for better ones.

On the one hand, the laws currently on the books prevented the former president from leaving office as an actual billionaire.

Without them, is there any doubt that he would have found a way to get the Pentagon to spend $100 billion each on Trump tanks? Or to make foreign policy decisions based on which government would pay him the most?

On the other hand, he did manage to line his own pockets with millions of dollars from taxpayers and the people who contributed to his campaign.

That certainly ought to be illegal. In fact, Trump would be in prison rather than considering another White House run if there were more effective anti-corruption laws. Or, for that matter, better laws against inciting an insurrection, tax fraud, obstruction of justice, sexual assault, destruction of presidential records… well, you get the drift.

Of course, Hunter Biden shows that being ethically challenged is not a partisan character trait. Obviously, he didn’t hold any position in government, and he lacks the criminal enterprise of the Trumps; however, the ways in which he made money, i.e., by being a senator’s, vice president’s, and president’s son, are extremely sketchy and certainly sound as though they ought to be illegal. 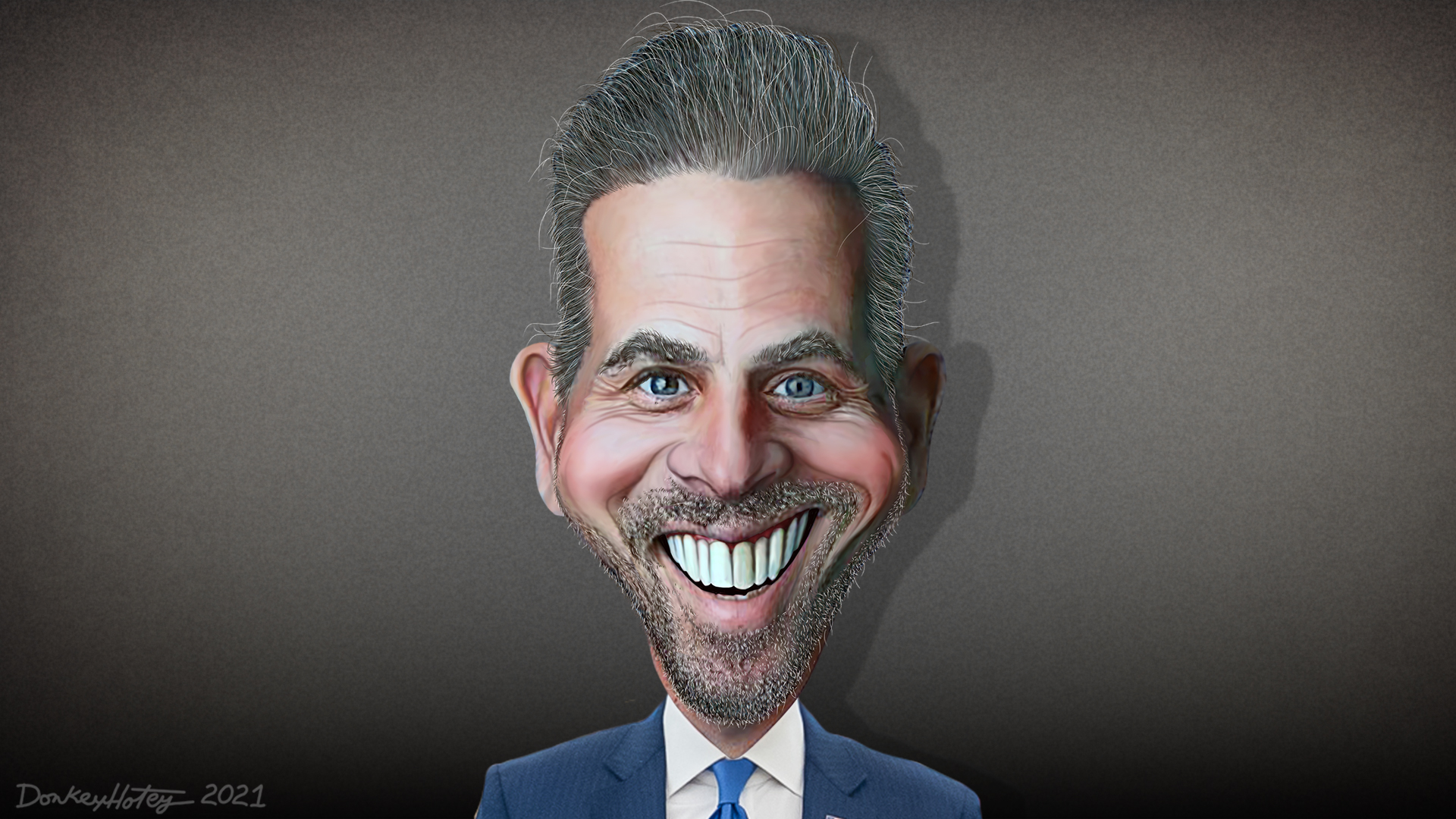 So what should be done about this?

The first step is that all anti-corruption and campaign finance laws as well as ethics regulations have to be strengthened. Right now, they are an invitation for wrongdoing in a place where decisions over trillions of dollars are made.

Once you make the minimum prison sentence 20 years for any kind of corruption, nobody would want to test those gray areas in the law.

A good starting point would be to pass legislation that prohibits lawmakers from trading individual stocks. In addition to making sense, such a law would also be an important signal that Congress is doing something to clean up its own act.

The next step would be to take money — especially corporate money — out of elections. The amount of money candidates have to raise is insane, so of course they turn to deep-pocketed donors and corporations to whom they are then beholden.

A final measure seems counterintuitive. However, upon closer examination, it makes sense: Lawmakers and other high-ranking government officials have to be paid more. While the $174,000 that most members of Congress are making sounds like a lot to the average working American, keep in mind that the vast majority of federal legislators have to maintain two residences — one in their home district and one in DC.

That quickly adds up, especially for lawmakers who come from big cities. This, in turn, makes them more likely to accept meals or gifts from people and therefore opens them up to corruption.

That is why we advocate significantly increasing congressional salaries and also building a large housing complex somewhere near Capitol Hill where any lawmaker has free use of an apartment. This would have the added benefit of getting them to mingle with people from the other party, which might just inject some much-needed bipartisanship into Congress.