The crown jewel of our work in 2018 was the coverage of Georgia’s midterm election. Early on, WhoWhatWhy realized that the gubernatorial race and the issue of voter suppression would be national news, so we dedicated unprecedented (for us) resources to shine a light on the status of voting rights in the Peach State.

We wanted to show the impact that voter suppression has on tight races, while not overlooking other problems in Georgia, such as the use of voting machines without a paper trail. In addition, we not only covered the policies implemented by Georgia’s politicians, but also put a human face on the consequences of these policies.

The entire project was a resounding success. Once again we identified a crucial issue before the rest of the media did. And some of the world’s largest news outlets were compelled to follow our lead and cite our work.

Below, you will find some of the highlights of our coverage: 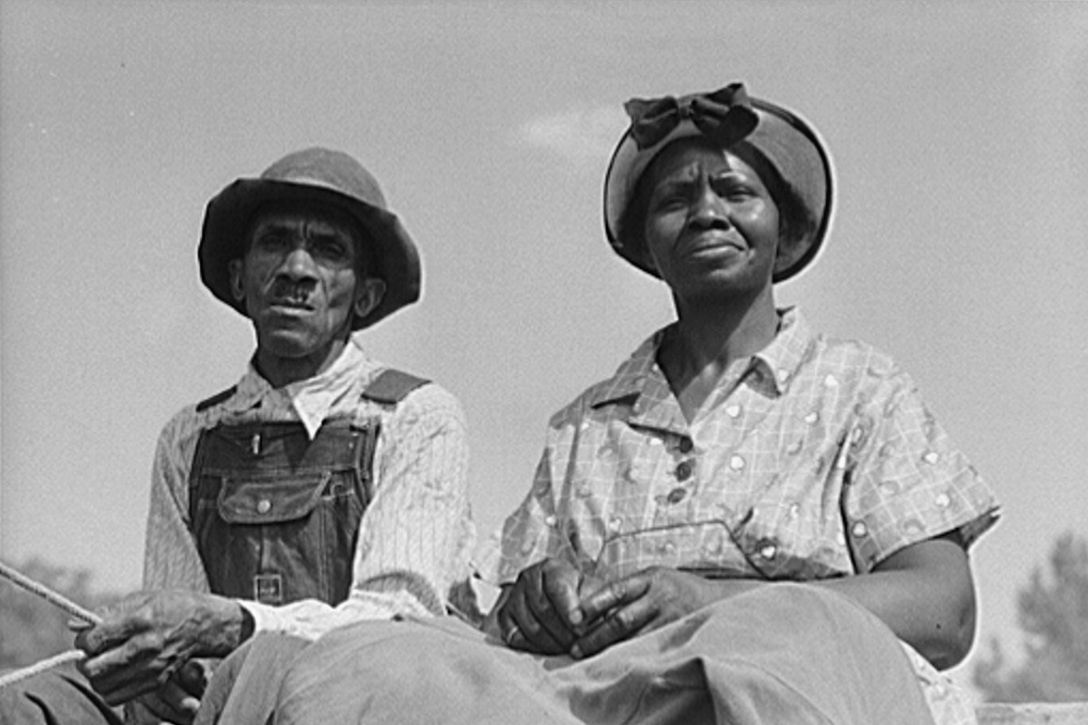 This African American couple going to town on a Saturday afternoon in Greene County, Georgia, in spring of 1941 lived under Jim Crow laws that inhibited their rights, including the right to vote. Photo credit: (Library of Congress)

“Exact match” voter registration is a law enacted by the Republican-controlled Georgia state legislature; it carries on the infamous history of suppressing the African American vote in the Peach State. 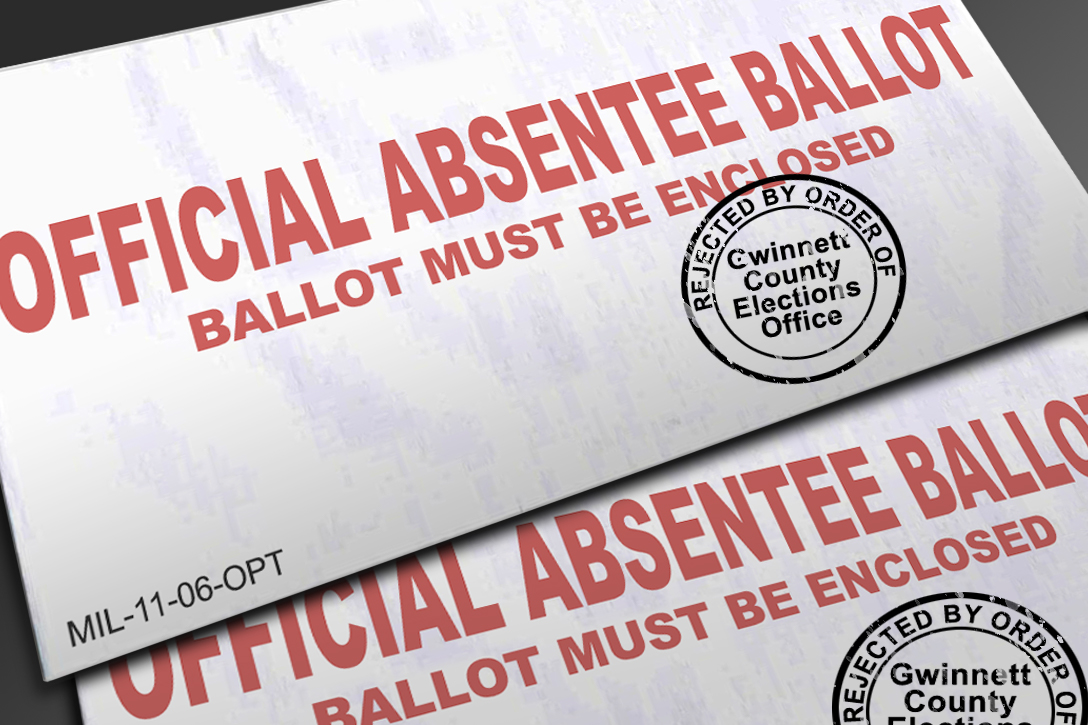 A WhoWhatWhy investigation shows that a huge percentage of absentee ballots in a majority-minority county are getting rejected — and that at least some voters seem to be kept in the dark about it. 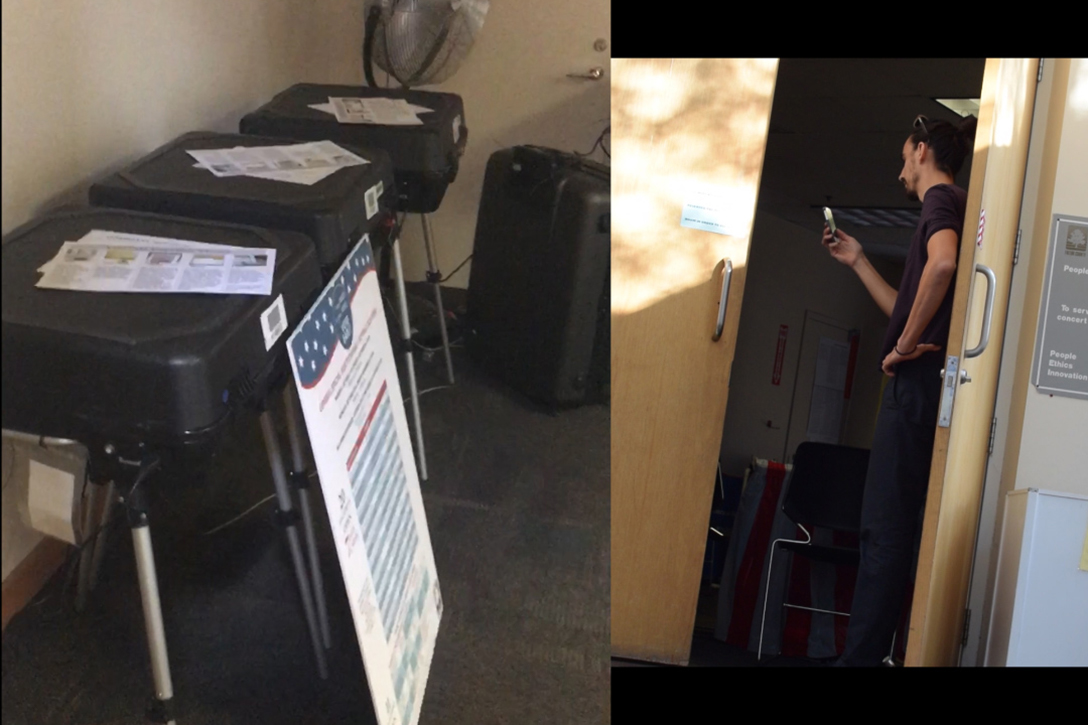 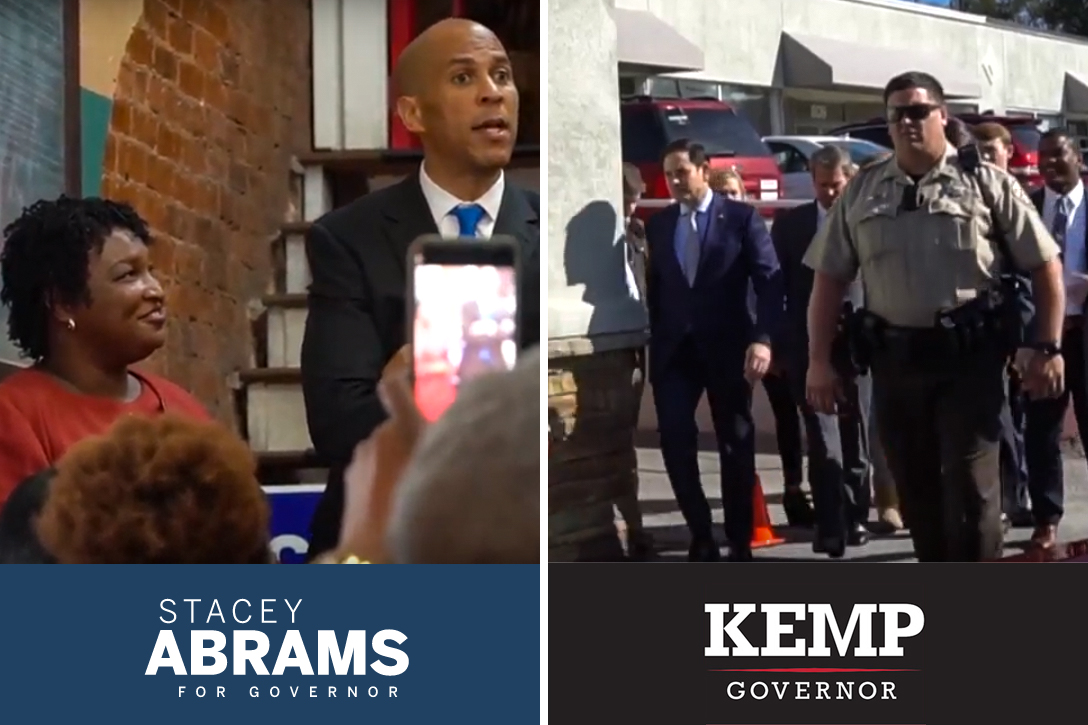 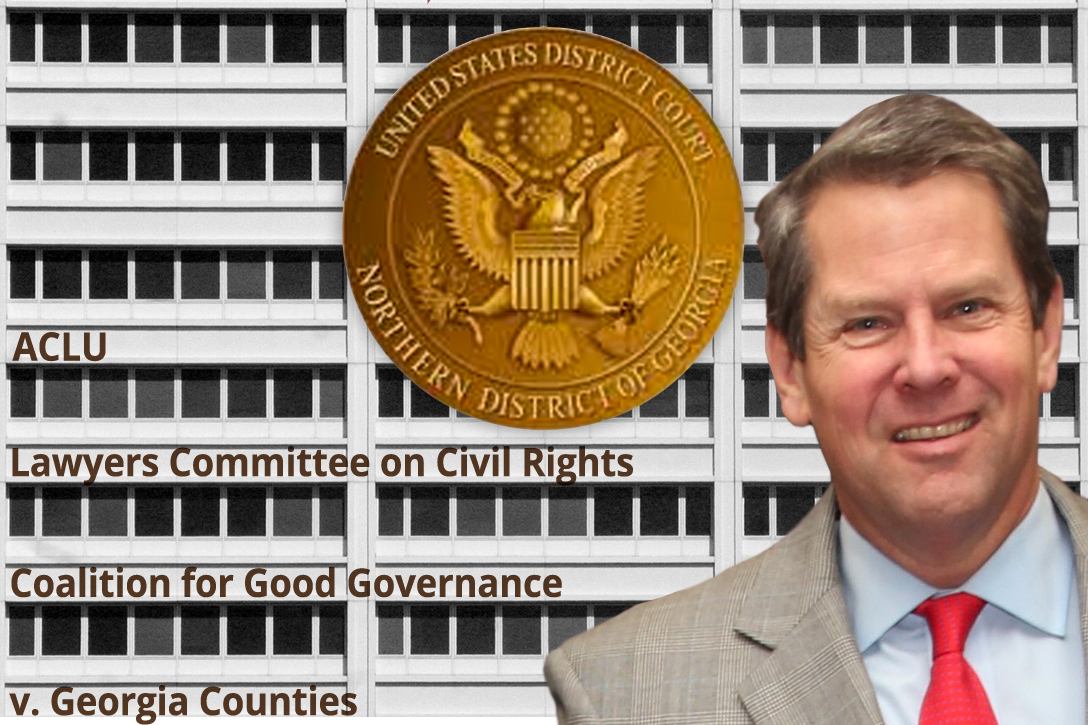 Adapted by WhoWhatWhy from Georgia Peanut Commission / Flickr (CC BY 2.0)

A state lawyer reveals that not all counties report the ballots they reject to the state — misleading the public and making it nearly impossible to know the real scope of the problem. 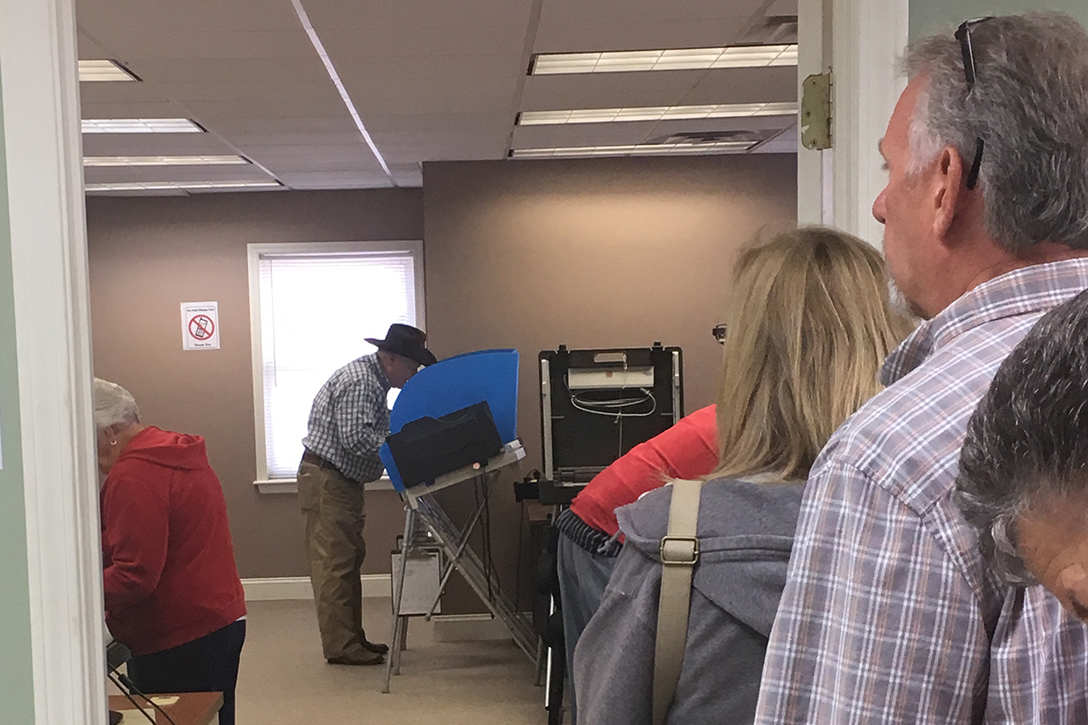 Defying state officials, who are resisting all efforts to instill accountability into Georgia’s elections, one county — on its own — has decided to conduct a two-part audit of the midterms. 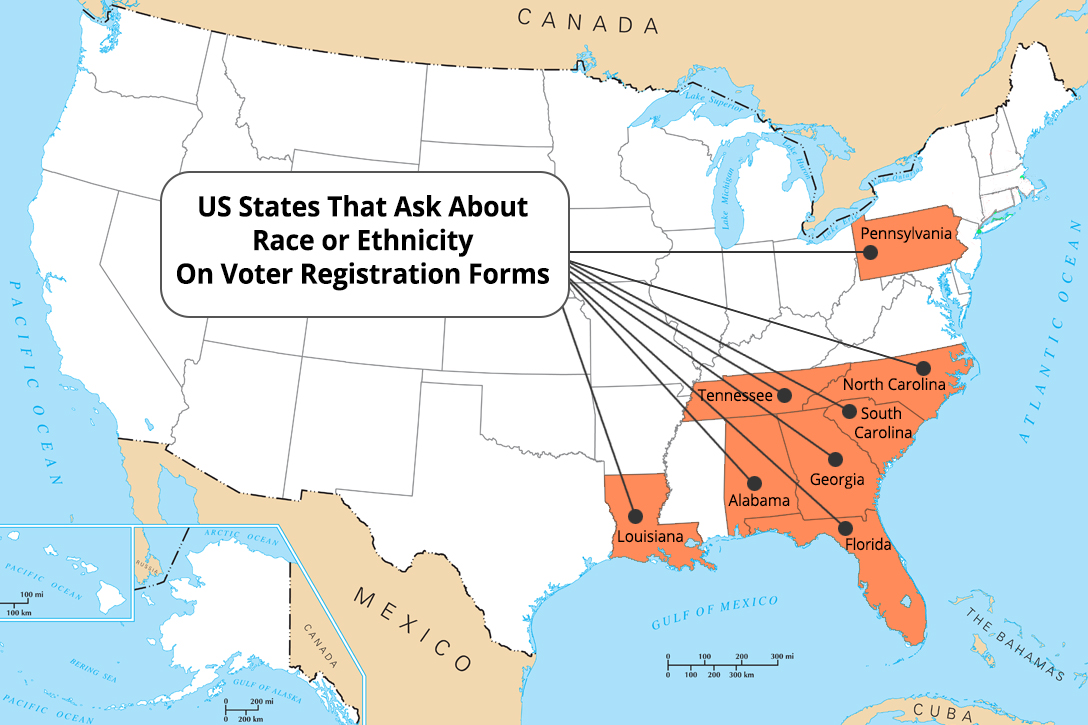 Asking Voters About Race: Helpful Tool or Roadmap for Suppression?

A small group of states, mostly in the South, have a question on their voter registration form about race/ethnicity. Why? And what effect does it have? 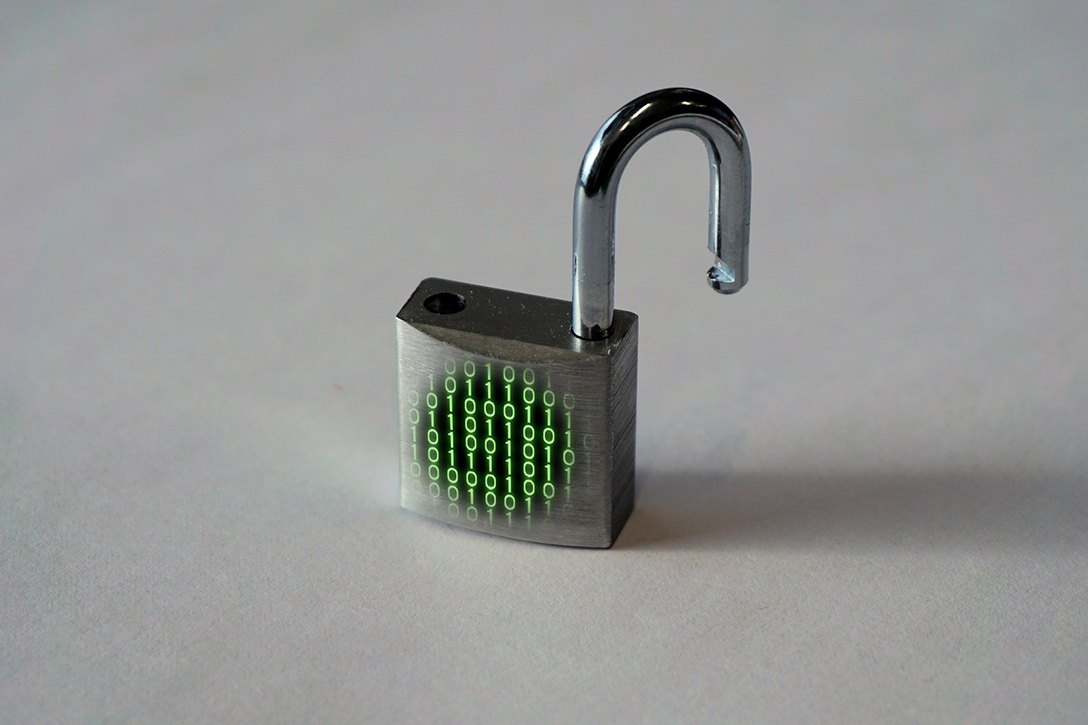 “Massive” vulnerabilities in Georgia’s online voter registration system have been discovered that allow anyone with minimal computer expertise to access and change the private information of Peach State voters and thereby compromise the upcoming midterm elections. 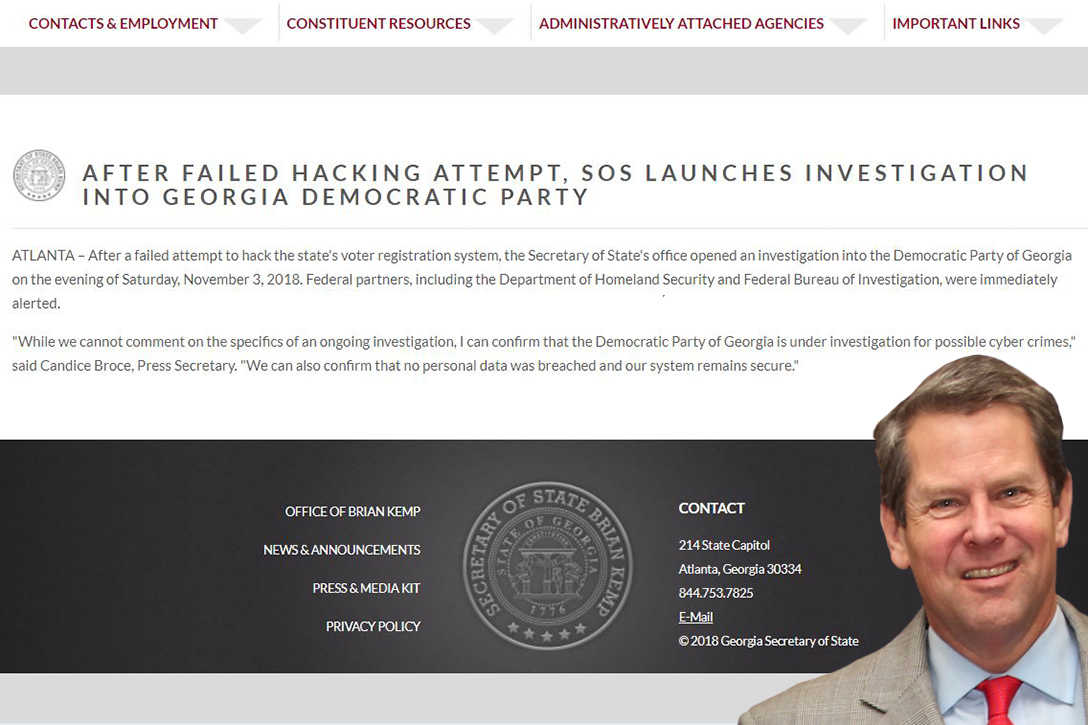 After election security advocates notified Secretary of State Brian Kemp’s office of a vulnerability, he released this statement asserting Georgia Democrats tried to hack the system. Photo credit: Adapted by WhoWhatWhy from Georgia Secretary of State and US Senate / Wikimedia

Georgia Secretary of State Brian Kemp, battling in a close race to become governor, is pushing back against new reports of election vulnerabilities — uncovered by WhoWhatWhy — distracting the media and voters. He’s charging those who reported the danger with… being the danger. 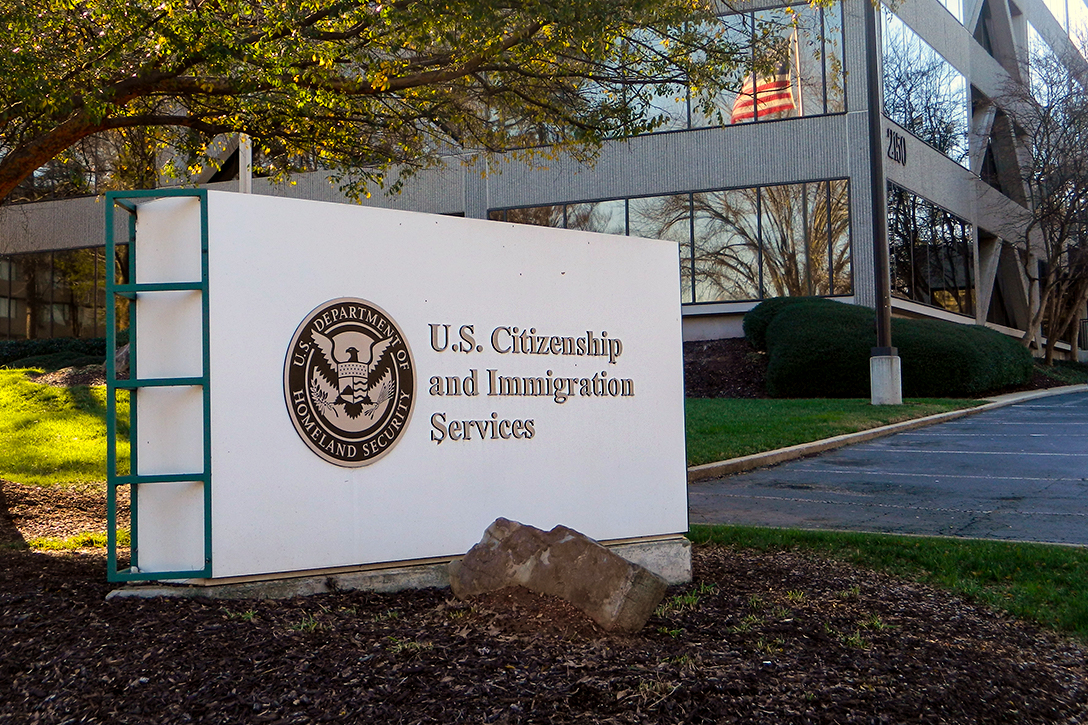 Brian Kemp’s campaign says noncitizens are trying to vote. WhoWhatWhy examined his own data and it does not back him up. 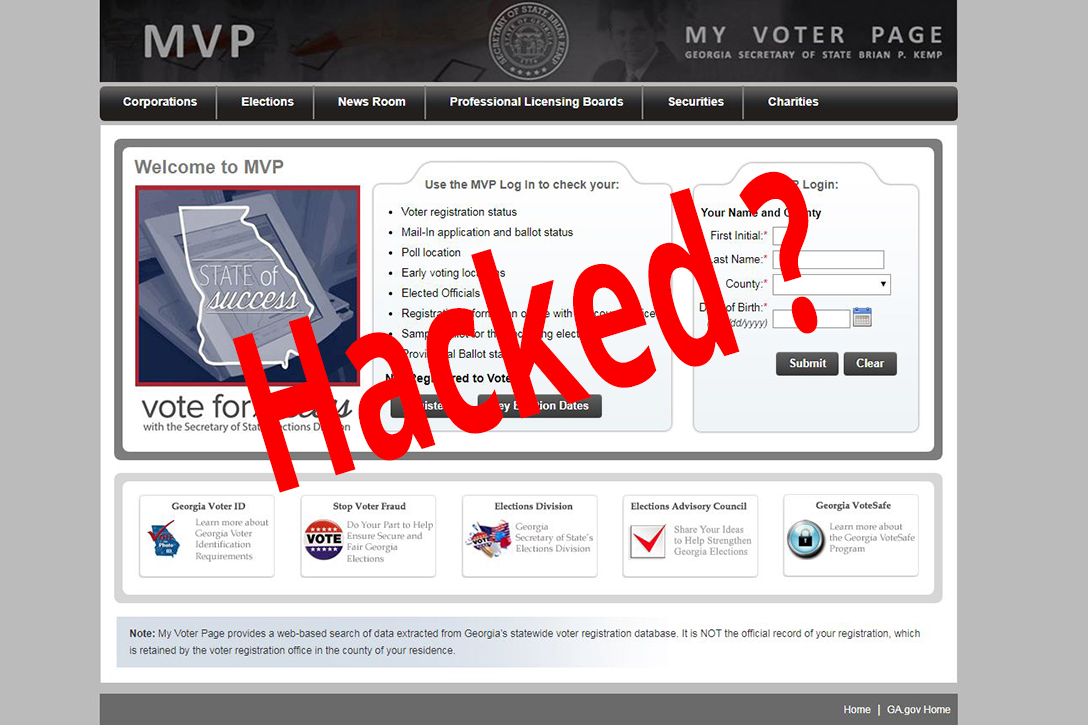 In response to WhoWhatWhy’s exclusive story on vulnerabilities in Georgia’s voter registration system, Secretary of State Brian Kemp’s office has made unsubstantiated claims and omitted inconvenient truths about the security of that system. Here is new information on the risks. 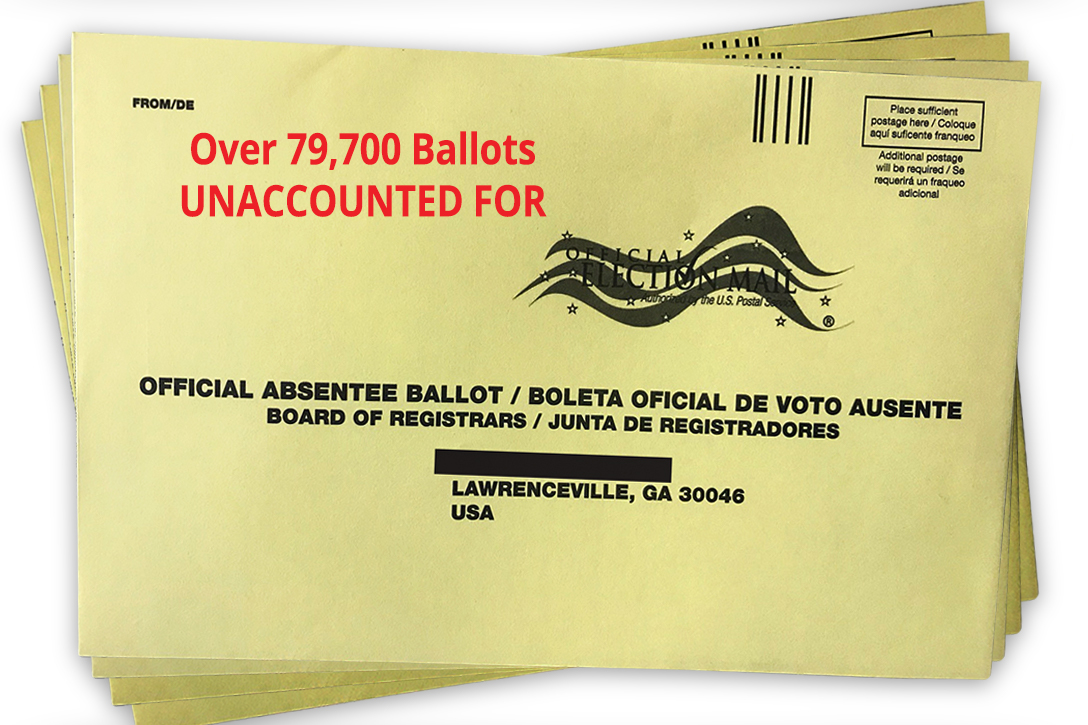 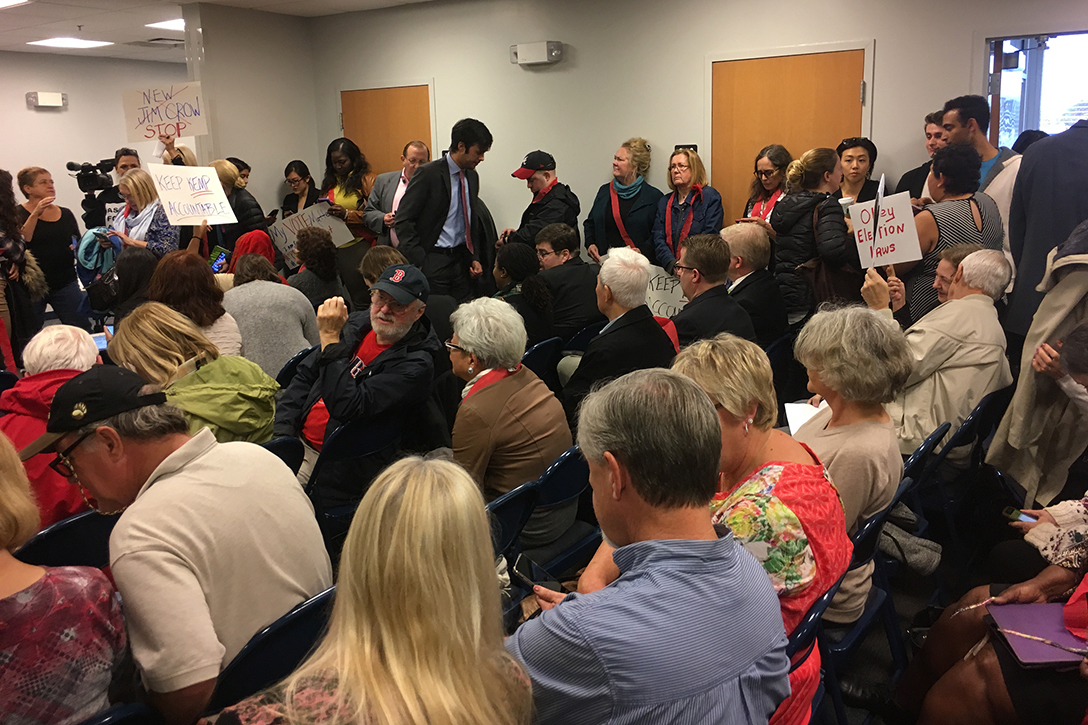 The Gwinnett County Elections Office was full to overflowing ahead of its 2 PM meeting on Tuesday to certify the county’s votes. A judge’s order to count several hundred ballots that had previously been rejected forced the county to delay certification until Thursday at 5 PM. Photo credit: Jordan Wilkie / WhoWhatWhy

After 10 days of court battles and Gwinnett County Board of Elections and Registration meetings, vote counting draws to a close — but questions remain about who gets counted, and why. 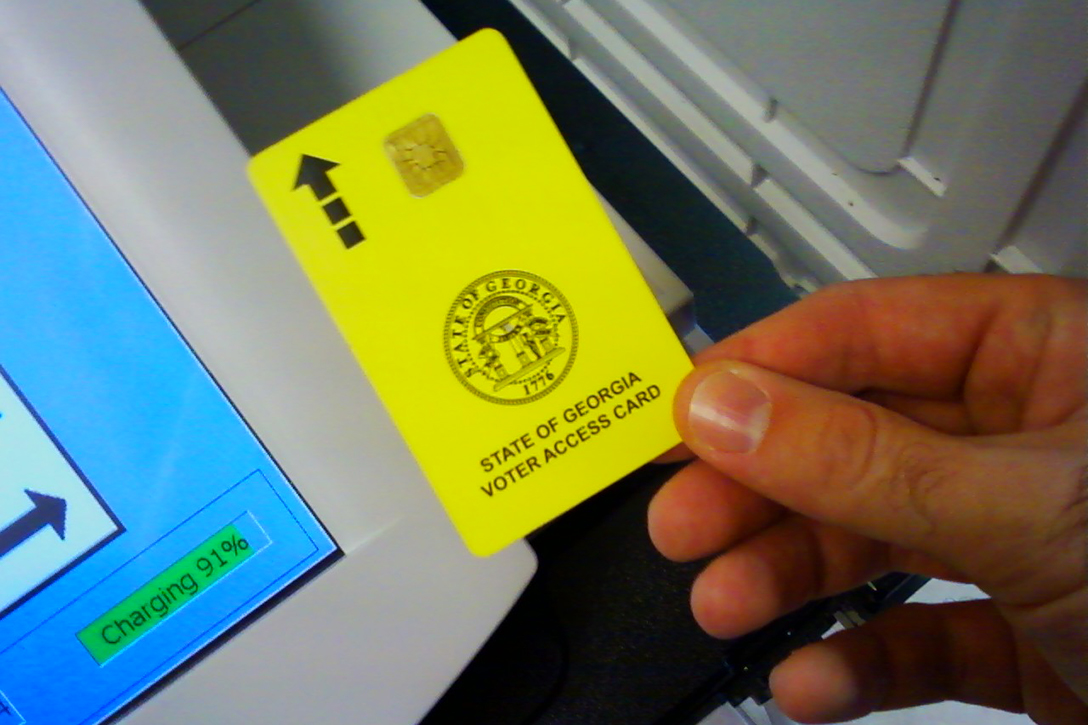 To vote in person in Georgia, voters have their ballot information downloaded onto a yellow card. That card is then inserted into the Diebold voting machine, the ballot appears on the screen, and the vote can be cast. Errors are common in this system. When Brian Kemp, Republican governor-elect who was also the secretary of state at the time, tried to vote, his initial voter card was rejected as “invalid.” Photo credit: Jason Riedy / Flickr CC BY 2.0

A WhoWhatWhy investigation shows that, for the last 16 years, Georgia has either been ignoring or misinterpreting one of its own rules on storing election data. 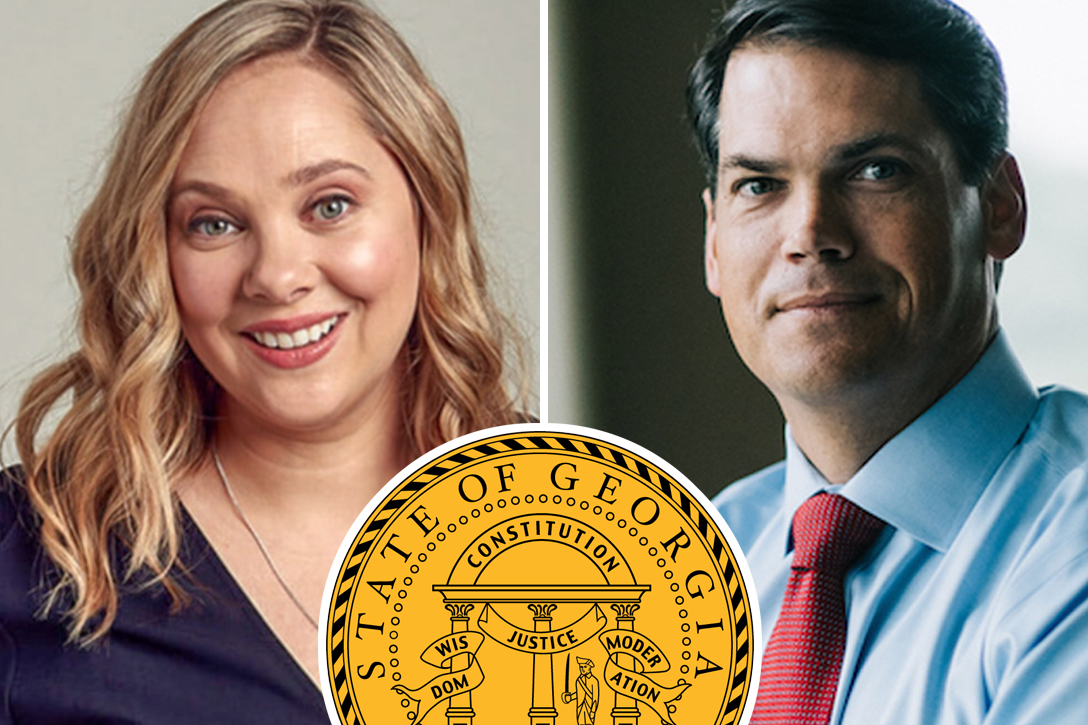 An election integrity group is challenging the results in Georgia’s race for lieutenant governor. If successful, the election will be re-run using a more secure voting system — paper ballots. 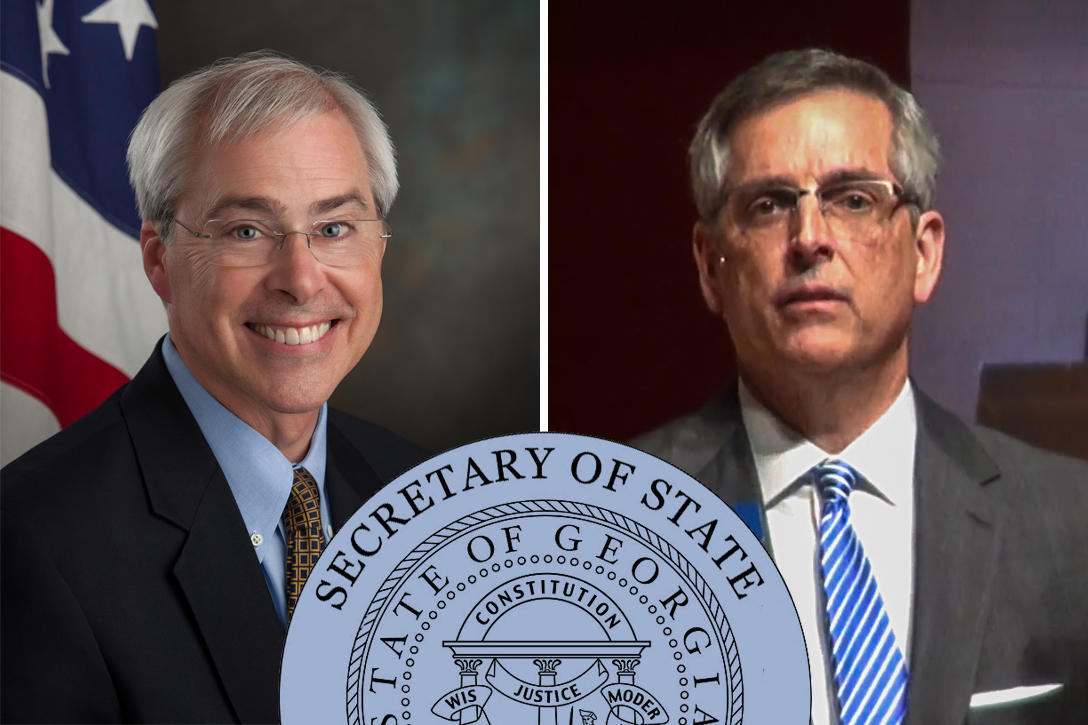 Georgia’s Governor-elect Brian Kemp used his position as secretary of state to influence who gets to vote in his state. Next week, Georgia will decide who will follow in his footsteps and whether the mess he left behind will be cleaned up. 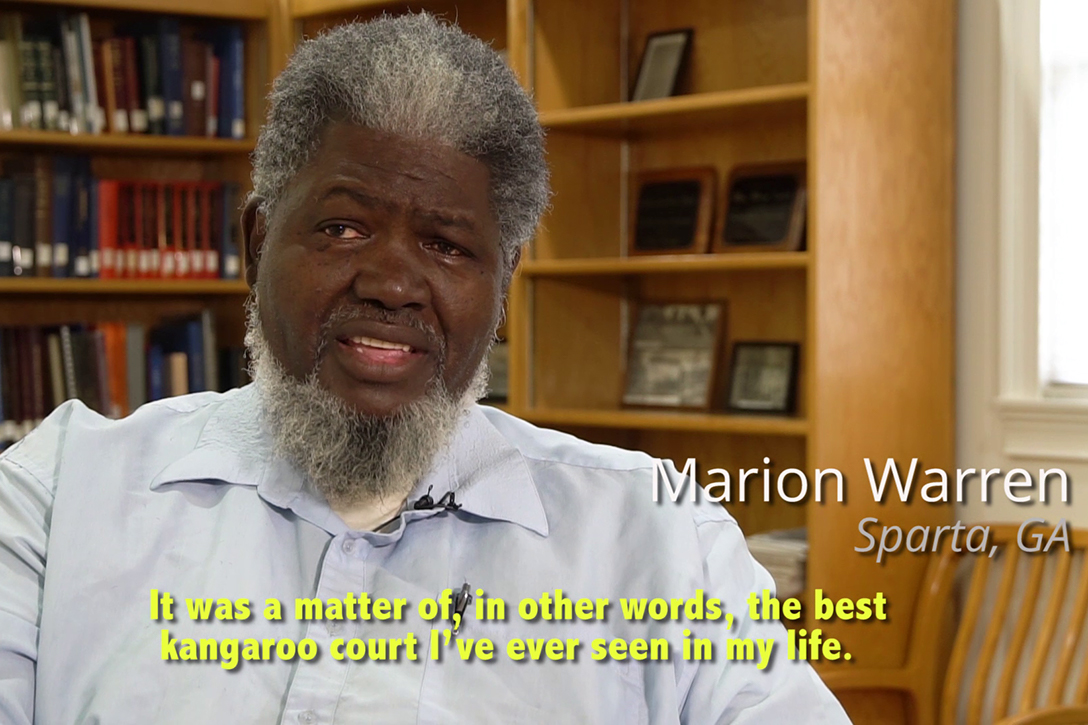 In majority-minority Hancock County, Georgia, the local election board — dominated by white members — tried to disenfranchise many African American voters and almost got away with it. Where else is this happening? 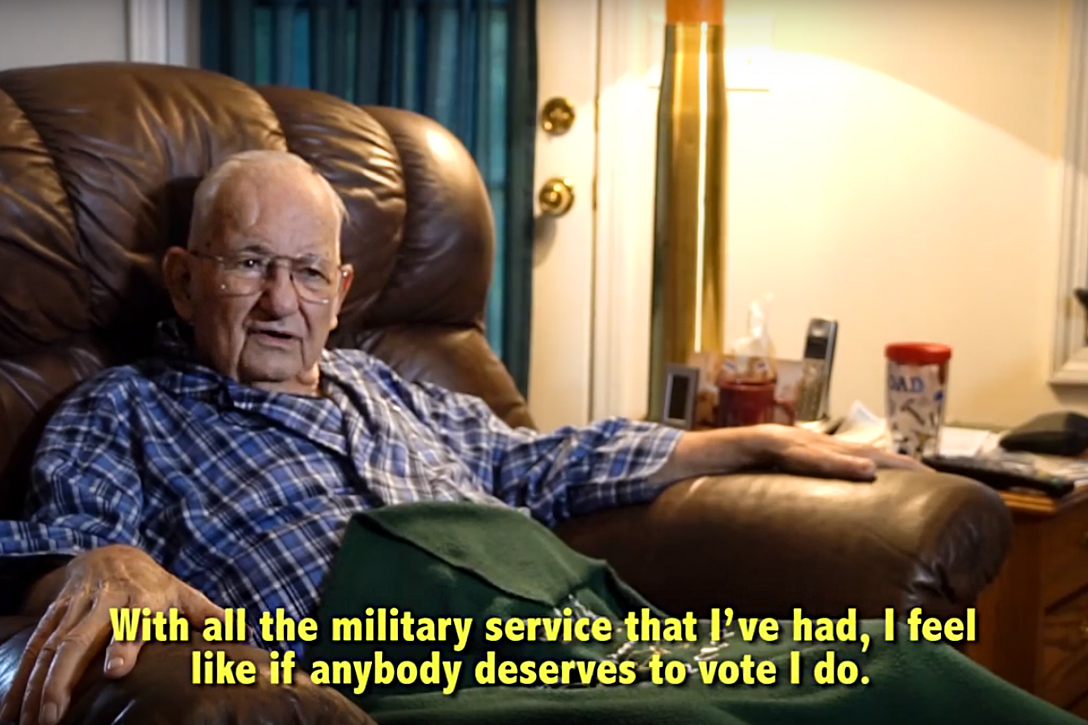 James Edwards of Lawrenceville, Georgia, had to get a new absentee ballot when the Gwinnett County Voter Registration and Elections Office rejected his ballot — claiming it lacked a signature. Photo credit: Kate Walker / WhoWhatWhy.

James Edwards is a veteran with mobility issues — so voting with an absentee ballot seemed natural. But he’s just one of many voters whose ballot was rejected for a reason that he believes isn’t right. 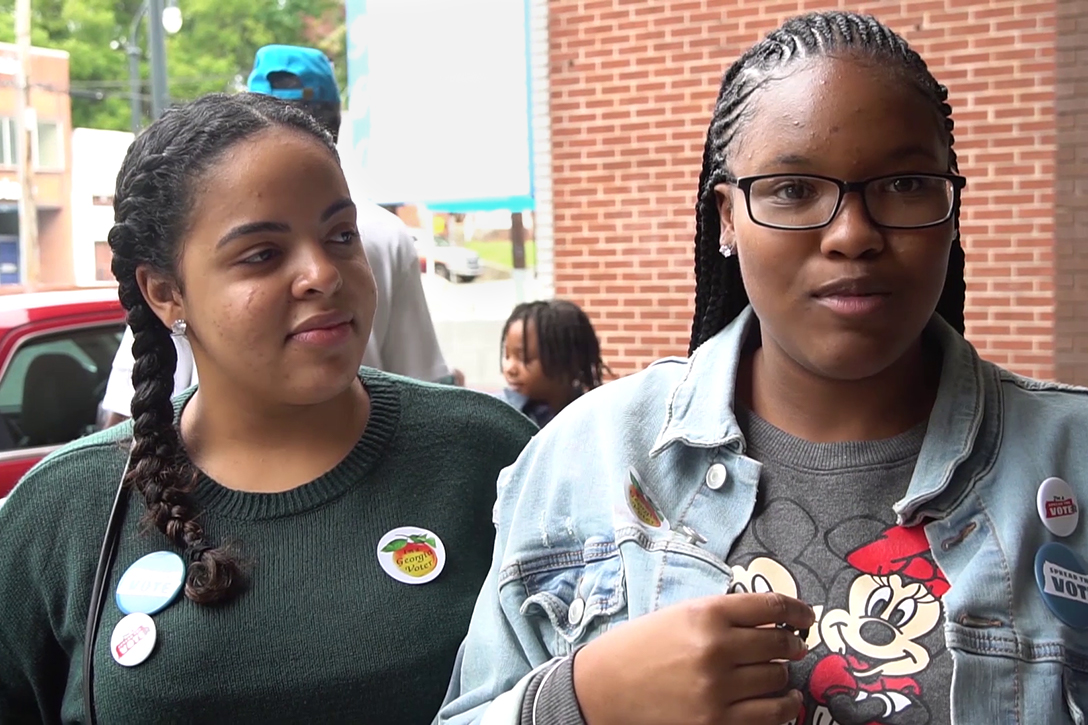 How Knowing Your Rights Can Stop Disenfranchisement

Two Georgia college students share their experience of voting for the first time — and their potential disenfranchisement had they not known better.