Last month NSA contractor Reality Winner was sentenced to 63 months in prison for giving to the Intercept information that confirmed Russian interference in the 2016 election. She was trying to help the public but instead was treated as a spy.

Her sentencing, critics charge, is more proof that US administrations have been misusing the Espionage Act of 1917 to incriminate well-meaning whistleblowers.

The irony with many whistleblower cases is that the defendants are accused of exposing harm that is being done to the US not by foreign powers but by the US government — as with Edward Snowden’s leak of the NSA spy program and John Kiriakou’s reveal of the CIA torture program.

In perhaps the most significant of all whistleblower cases, the publication of the Pentagon Papers in 1971 disclosed the real reasons the US kept committing more troops to Vietnam, a policy ultimately resulting in the death of almost 60,000 US soldiers, and over 150,000 wounded.

What all these whistleblower cases have in common is that information was “leaked” with the intent of bringing to public attention material that some branch of government was trying to hide.

The rampant misuse of the Espionage Act goes back to the Obama administration, according to James Goodale, former general counsel for the New York Times, told WhoWhatWhy: “That administration did a tremendous disservice to whistleblowers.”

Goodale defended the New York Times in 1971 for publishing the Pentagon Papers, leaked by Daniel Ellsberg and Anthony Russo. The Nixon administration attempted to use the Espionage Act to censor the Times, but the Supreme Court ruled that the First Amendment protected newspapers from government censorship.

Related: Tribute to the Man Who Exposed the Pentagon Papers

The Espionage Act was originally aimed at protecting the country from spies who would leak information to foreign governments, not to the American people or the press.

Ellsberg and Russo’s goal in releasing the Pentagon Papers was to tear the veil from what was actually happening in Vietnam. The leak revealed secret decisions made by successive US administrations which increased US involvement in Vietnam despite growing public opposition to the war.

When Barack Obama was elected president in 2008, he promised total government transparency during his time in office, but in practice he was particularly relentless in pursuing whistleblowers in leak cases. 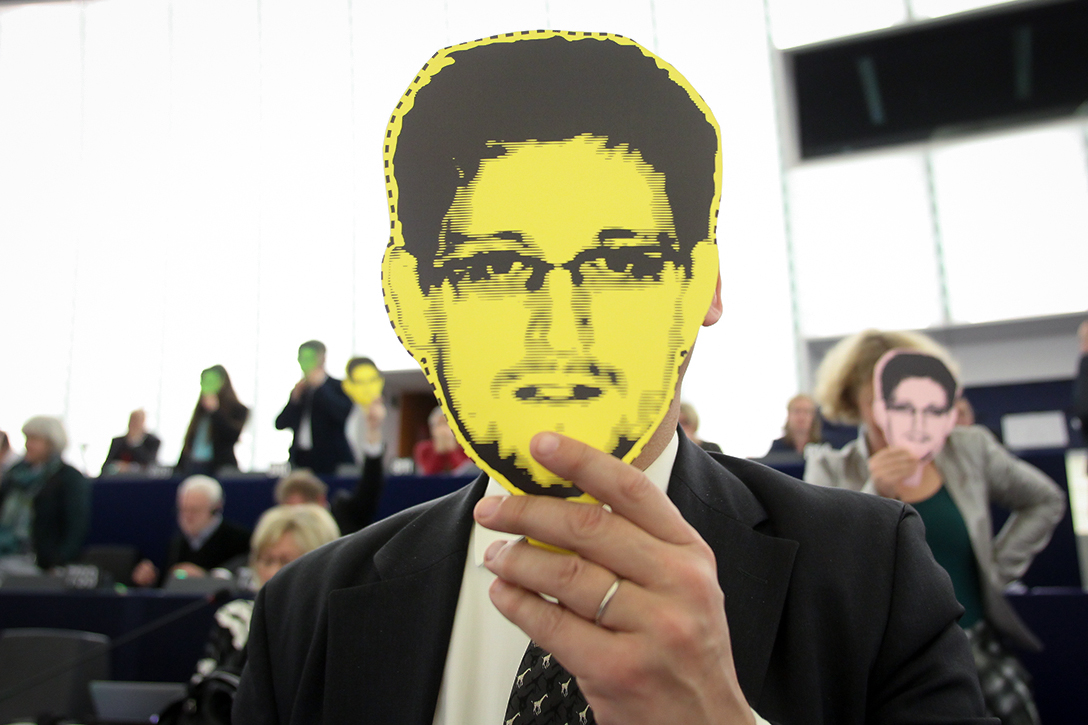 “In the last ten years we have seen an escalation in the Espionage Act’s use in cases involving disclosures of information in the public interest to the press,” civil rights attorney Carey Shenkman told WhoWhatWhy.

None of the convicted whistleblowers was allowed to mount what’s known as an “affirmative defense” i.e., to explain their motive in leaking the information to the press. In fact, none of them leaked sensitive information to a foreign government.

During Winner’s trial the prosecution used her own statements to question her intentions. According to prosecutor Jennifer G. Solari, Winner was “mad about some things she had seen in the media, and she wanted to set the facts right.” On her social media accounts, Winner had also expressed anger toward President Donald Trump.

In other words, the court allowed the prosecution to use her political beliefs and social media statements in court against her, yet she was prohibited from explaining her own intentions in an affirmative defense.

No Threat to Security

“It’s just unfair,” says John Kiriakou, the former CIA officer who blew the whistle on the CIA torture program. “Furthermore, you could argue the document Winner took wasn’t properly classified. It was only classified at the Secret level. It was analytic, and didn’t expose any sources or methods. The document caused no threat to national security whatsoever.”

Kiriakou explained in an interview with WhoWhatWhy how leak cases under Espionage Act charges tended to go.

“What happens is you’re charged with 10 or 20 different felonies; the case goes until you go bankrupt and then you are offered a plea deal for just one of the charges.”

Although the information Kiriakou leaked was never published, he accepted a plea deal after the counts of espionage against him were dropped. As part of the deal, he pled guilty to violating the 1982 Intelligence Identities Protection Act in 2013.

Related: The CIA vs. Donald Trump

“We made a motion for dismissal on the argument that the [Espionage Act] is so broadly written as to be unconstitutional,” Kiriakou stated. “The judge said that she read the motion with great interest, and said my attorneys had made such a strong and compelling legal argument. But she also said ‘it is not going to be I who overturns the Espionage Act today.’” Kiriakou added, “I’ll never forget it.”

This strategy of prosecution without an affirmative defense has been a main topic of contention since 1984, when the Fourth Circuit Appellate court upheld the conviction of Navy intelligence analyst Samuel L. Morison. He was charged with leaking to a British publication satellite photos of a new Soviet aircraft carrier being built, and his appeal — that the photos were leaked to the press and not a foreign government and therefore it wasn’t espionage — was rejected.

“I argue that it isn’t being misused,” stated Shenkman. “Its use is entirely consistent with how it has always been conceived — as a tool to punish dissent within the government and critics of US policies. And the Act punishes a broad range of conduct, not just disclosures to the press. It’s so broad that it could conceivably punish a person who tweets a New York Times article containing leaked information.”

However, there is a nearly “unanimous consensus” among attorneys who have defended Espionage Act cases that “the law is extraordinarily unfair and stacked against defendants. A public-interest defense would even the playing field,” says Shenkman.

The conviction of Morison set a precedent to use the Espionage Act to punish whistleblowers who leak to the press. And without the ability to argue that the leak was not to a foreign government, or to pose an affirmative defense, whistleblowers stood no chance in trial.

Perhaps the most well-known whistleblower is Snowden. In 2013 he was charged under the Espionage Act for leaking tens of thousands of classified documents to the press, detailing information-collection programs targeting Americans not suspected of wrongdoing.

Snowden, who ultimately found sanctuary in Russia, has said publicly that it would be impossible for him to receive a fair trial in the US because he would not be able to mount an affirmative defense.

The Trump administration is continuing the strategy of censoring whistleblowers with the Espionage Act. According to Kiriakou, “There really is no affirmative defense for Espionage. If you’re accused of it then you’ll go to prison for it.”