Reality Winner, an Air Force veteran and former NSA contractor, was sentenced to 63 months in federal prison Thursday after pleading guilty to violating the Espionage Act of 1917.

Whistleblower advocates condemned the sentence and its length as “shameful,” while President Donald Trump used the case to take a swipe at his political rival, Hillary Clinton, and Attorney General Jeff Sessions.

Winner was accused of leaking to the Intercept a document about Russian military officers attempting to hack an American election software company. She initially pleaded not guilty, but changed her plea to guilty last month.

Public scrutiny and accusations that the Intercept failed to protect its source when publishing the report led the organization to do an internal review of its procedures. Soon thereafter, Intercept Editor-in-Chief Betsy Reed acknowledged failures on their part.

“At several points in the editorial process, our practices fell short of the standards to which we hold ourselves for minimizing the risks of source exposure when handling anonymously provided materials,” Reed said.

The Intercept has since helped fund Winner’s legal defense through the campaign Stand With Reality.

A judge denied bail for Winner after prosecutors argued she was a flight risk and could leak more documents, the Associated Press reported.

Winner served in a US Air Force intelligence squadron from 2010 to 2016, according to her military file; there she learned languages native to the Middle East, including Farsi, Dari, and Pashto. She received numerous decorations and medals including the Air Force Commendation Medal. 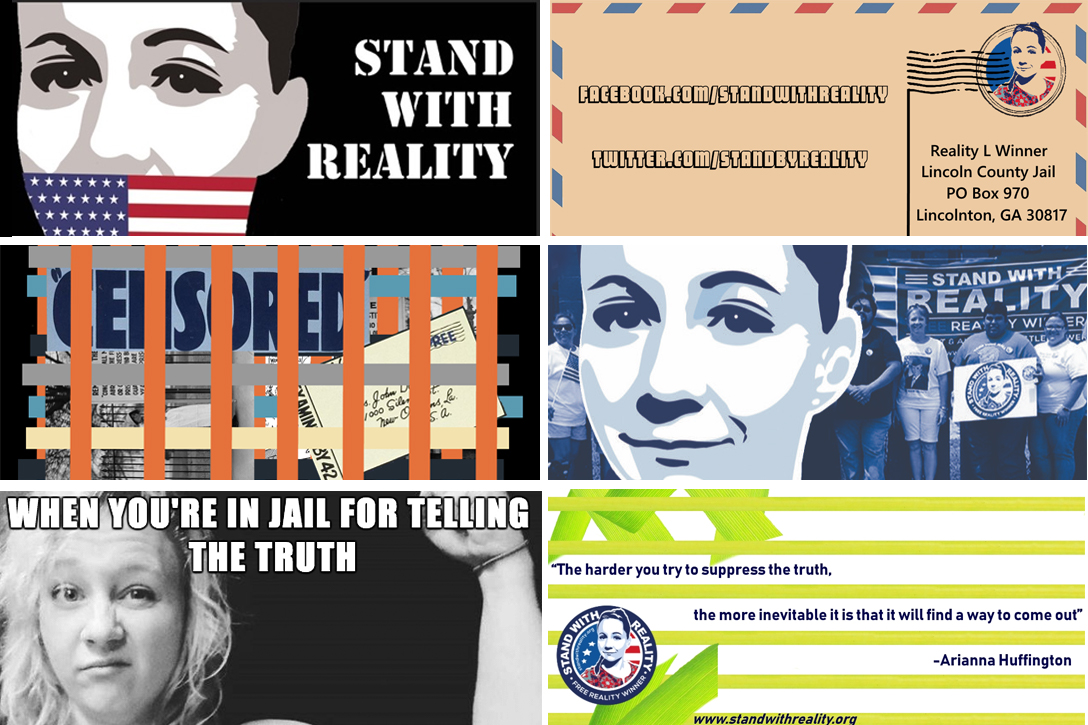 When she discovered the report, Winner had only been working for NSA contractor, Pluribus International Corporation of Augusta, GA, for a few months. The document showed that the NSA believed that members of Russian intelligence agency GRU attempted to compromise “multiple US state or local electoral boards.”

The operation involved sending emails pretending to be from VR Systems — a Florida-based voting equipment manufacturer with contracts in multiple states — to email addresses associated with local election offices including Florida and North Carolina. Some of the emails contained Word documents with malicious phishing code in them. It is unclear if anyone opened the emails or the documents.

In an interview with the FBI, Winner appears to suggest that she felt the findings of the document needed to be part of the public discussion of whether members of the Russian government interfered in the election, according to a redacted transcription of the interview published by Politico.

“I saw the article and was like, I don’t understand why this isn’t a thing,” she added. “I guess I just didn’t care about myself at that point.”

Winner was arrested and charged with violating the Espionage Act, the same law that Chelsea Manning was charged and prosecuted under.

Whistleblower advocates have argued that the World War I-era law has been overused in the 21st century to prosecute whistleblowers and discourage others from coming forward. They say the information in the leaked material is in the public interest and that it should be public.

Trevor Timm, executive director of the Freedom of the Press Foundation said,

Reality Winner is a whistleblower who alerted the public about a critical threat to election security. It is a travesty that the Justice Department continues to prosecute sources of journalists under the Espionage Act, a statute meant for spies that doesn’t allow for a public interest defense. Winner performed a public service by alerting the public and state officials to dangerous vulnerabilities in election infrastructure, and it’s shameful the Justice Department would seek any prison time for her doing so — let alone the longest sentence for such an act in history.

Trump, who is usually critical of leaks to the media, tweeted about Winner Friday morning and described her actions as “‘small potatoes’ compared to what Hillary Clinton did.”

Ex-NSA contractor to spend 63 months in jail over “classified” information. Gee, this is “small potatoes” compared to what Hillary Clinton did! So unfair Jeff, Double Standard.

Last month, special counsel Robert Mueller announced and published the indictment of 12 Russian military officers that appears to rely on the same conclusion reached by the document Winner leaked: that Russian military intelligence officials tried to compromise US elections.