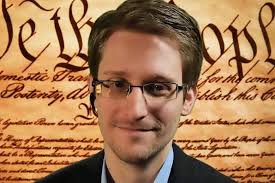 European patience with the Obama administration’s treatment of Edward Snowden is wearing thin.  But is Europe ready to defy Washington over this issue?

Snowden, a former contract employee for the National Security Agency (NSA), leaked thousands of classified documents in 2013. Among other revelations, these showed that the NSA, in concert with other nations’ intelligence services, was conducting global surveillance programs on a hitherto unimagined scale.

Charged with espionage and theft of government property by the U.S. Department of Justice, Snowden applied for asylum in 21 countries, including France and Germany. The only country that agreed to harbor him was Russia, where he is now living in an undisclosed location, presumably in Moscow.

Now, a European intergovernmental body, the Committee on Legal Affairs and Human Rights of the Parliamentary Assembly of the Council of Europe (PACE), has drafted a resolution aimed at pressuring Washington to allow Snowden to return home under the shield of whistleblower protection laws.

Snowden Actions “In the Public Interest”

The resolution calls on the US to ensure that Snowden be allowed to argue in court that any harm caused by his disclosures was outweighed by their contribution to the “public interest.” During its deliberations, the committee heard from Snowden himself via a video link.

The PACE committee also recommends that its 47 member states grant asylum to whistleblowers—even national security and intelligence community employees—who face retaliation at home for actions they took in defense of the public interest.

But PACE resolutions are only advisory. Whether European leaders are actually willing to go up against Washington on this issue remains in doubt.

Last week, Glenn Greenwald – the journalist who first broke the news of Snowden’s revelations – reported that the United States threatened to withhold intelligence information from its ally Germany if that nation were to grant Snowden asylum. 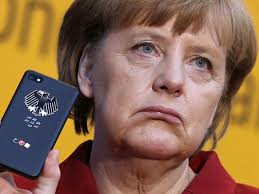 “They told us they would stop notifying us of plots and other intelligence matters,” German Vice Chancellor Sigmar Gabriel said. This would mean that the U.S. would not inform Germany about an impending terror attack that might put large numbers of Germans at risk.

The US has rejected assertions that it threatened Germany, according to a report in the German “Welt,” saying that it had merely told its international partners in private what it also said in public. The US has been adamant that it does not want European countries to grant Snowden asylum, which is something some European lawmakers have called for.

The PACE committee’s draft resolution will be discussed during the parent organization’s summer session in Strasbourg in June.

Meantime, Germany’s opposition Green Party has submitted an official inquiry and asked the Chancellor’s office whether the US had ever threatened Germany with withholding information on intelligence matters.