Ukraine: We All Get the Tyranny We Deserve - WhoWhatWhy
Reading Time: 4 minutes 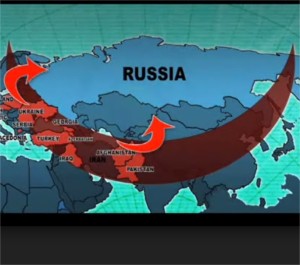 Something seems so very déjà vu. Some regime that is not sufficiently open to the embrace of “Western love” and then there are mobs and then the US government and the UK government and their allies suddenly see the need to “do the right thing” and help the public rid themselves of a corrupt ruler and enjoy vibrant, sunshiny democracy. (No matter that this man was actually elected.)

The problem is, you can only believe that the West truly cares about the people of Ukraine and their democracy if you have zero historical memory. Or if your analysis of all of these events comes from news organizations that don’t ever really, fully do their jobs.

The US corporate media never changes its spots. After being tricked and lied to on Vietnam, the first Gulf War, the Iraq invasion, Libya, Syria, and just about everything else, it once again takes the US foreign policy establishment at its word that it only wishes to do the right thing. The right thing. It bears repeating.

We’re told that the US and its allies are just thrilled about people going into the streets to overthrow corruption and excesses by financial elites.

Yet, when people tried that in … the US … the police were there in force to shut them down. Occupy looked a bit like the Ukrainian uprising, except that the US establishment was desperate to crush it. (For the ultimate in this, see our exclusive report on a suppressed FBI investigation into plans to use high-powered snipers to kill Occupy leaders … no, this is not a joke.)

Also, as with Iraq (Saddam), Libya (Qaddafi), Syria (Assad), etc., the West has a long history of getting rid of leaders who exhibit any streak of independence. Their dislikability is not the issue. The West has shown it doesn’t mind tyrants at all — provided they are our tyrants. It left those above-mentioned fellows alone, it did business with them … until it decided not to. Meanwhile, there are the charming rulers of Saudi Arabia, Bahrain, the Gulf mini-monarchies and the like. (Here’s a nifty list of dictators the US especially loved.)

In the case of Ukraine, one thing is clear: awful guy #1 (Yanukovych) was made a better offer for rescuing his plummeting economy by awful guy #2 (Putin) than by the West (awful guys #3-10). So he did what he had to. He took the better deal. Plenty of people in his country have objected to his turning to Moscow, for a lot of different, self-interested reasons. But one could argue that he made a prudent decision. One could also note that it’s not unheard of that smaller countries try to maintain close and friendly relations with a more powerful and aggressive nation next door (Canada and Mexico, anyone?)

A Stand Against Corruption?

One of the more popular media themes has been the blatant corruption of the Ukrainian leader. But before we trash Yanukovych for “enriching himself,” take a look at the splendor in which the American president resides, and look at how comfortably our Bushes and our Clintons live after leaving the White House. Everybody benefits from the endemic corruption of the global system….except for the people whose labors actually sustain it.

Recently, the debate about Ukraine has begun to move on to whether the opposition to Yanukovych is driven by civilized people or dangerous neo-Nazis and fascists. The problem with this debate is that, even in a best case scenario, with a clean slate of rosy-cheeked “reformers” in place, you’ll have a new government that must turn to the West, further isolating Russia and goading Putin to lash out.

And then there’s this little thing: everything, pretty much, is about money. And not just Yanukovych’s hankering for the finest gold toilet fixtures. The battle with Russia, like coming battles with China, and like just about every intervention in the Middle East and elsewhere, is for control of energy supplies—the greatest source of wealth in the history of the world.

It’s worth noting that the Middle East is not the next big thing when it comes to energy supplies. The former Soviet Union is. And after that, it’s the Arctic — where guess who is the West’s biggest competitor? Why, Russia.

Who blocked the impending coalition invasion of Syria? A wily Vladimir Putin.

So you can recognize Putin for what he is — another egomaniacal tyrant — and still recognize that he provides an essential balance to what would otherwise be an unchallenged superpower hegemony.

If Putin and Russia continue to be surrounded and marginalized, the world will become ever more hostage to the whims of the Wolves-of-Wall-Street class that drives the energy industry, which in turn drives the policies of the White House, Downing Street and other similar addresses.

Ultimately, it is us, the citizens of the West, who lose big. In allowing uncontested victories by this unelected alliance operating putatively on our behalf, we the people marginalize our own interests. We also ensure that we ourselves never break free of our own political corruption—and remain unable to inaugurate our own real, functioning democracy.

0 responses to “Ukraine: We All Get the Tyranny We Deserve”