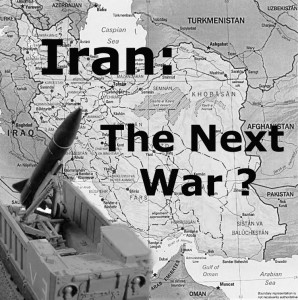 A growing body of evidence points to a concerted campaign to prepare Americans and the world for war against Iran. This is not idle speculation. It fits a pattern that repeatedly preceded previous hostilities.

Here are the recent examples on Iran:

-The claim that Iran is a WMD threat.  Pretty much everyone is familiar with the long-term, continuing efforts to paint Iran as some kind of nuclear threat. This ignores the possibility that Iran is telling the truth in contending it is embarked on solely non-military nuclear research (debatable), and serious doubts among many experts that Iran is preparing nuclear weapons. Perhaps most important, it discounts the fact that many countries (including Iran’s arch-enemy Israel) have nuclear weapons, and disregards the undoubted truth that if a country like Iran ever did launch nuclear weapons, it would be wiped out in a nanosecond, creating a very strong disincentive for offensive use. At the same time, by encouraging other countries and internal foes to believe that it has nuclear weapons, Iran creates an inexpensive protective shield for its regime. A dangerous game, to be sure, but without further evidence of Iranian nukes, hardly a reason to launch a war that would surely cause even more death and destruction than the misguided Iraq invasion.

-The claim that Iran tried to hire Mexican drug cartel hit squads to kill a Saudi ambassador on US soil (fizzled). Remember this one? So ludicrous that even ultra-cautious corporate news organizations laughed it out of the spotlight. Still, it may have been a test of what will fly—and likely did impact a percentage of the population, particularly those getting their info from jingoistic outlets like Fox.

-The claim that Iran was complicit in the 9/11 attacks (current). A federal judge, reviewing evidence presented in a lawsuit on behalf of 9/11 victims, concluded this month that it proved Iran “provided direct support to Al Qaeda specifically for the attacks…on September 11, 2001.” This one may gain traction due to powerful lingering emotions on the topic. (For complaints about the general operating style of the judge who ruled in the case, click here.) Because this ruling and the underlying lawsuit are based largely on the claims of defectors (and past experience shows that defectors frequently trade politically valuable assertions for personal benefits), more research is needed on this. (Remember discredited CIA Iraq source “Curveball”?) The cited “NSA intercepts” also bring to mind the intercepts put forward as proof that Saddam had WMDs.

It is further worth noting that the defendant, Iran, was not present to challenge the assertions. In addition, examination of many of the plaintiff assertions shows that they may misrepresent circumstantial evidence. (Example: “Several of the 9/11 hijackers transited Iran on their way to or from Afghanistan, taking advantage of the Iranian practice of not stamping Saudi passports.” This ignores the fact that Iran, which is an enemy of Saudi Arabia, makes a practice of not stamping Saudi passports so that Saudi nationals, especially minority Shiites, do not get in trouble with Saudi authorities on their return—similar to Cuba’s practice of not stamping American passports.)

This story has yet to break big, but count on the ruling to be cited increasingly in the months ahead by those pushing for war.

-Blame Saddam for Incubator baby deaths and plots against Bush’s father; provoke him by slant drilling from Kuwait, then imply no objection if he takes action; blame him for 9/11 complicity, falsely tie him to Al Qaeda, claim he possesses WMDs and poses an imminent threat, misrepresent claims to make it seem that he did not destroy WMD stocks as ordered.. More here and here and here.

-Blame Qaddafi for Lockerbie bombing, mass rapes, mass murder, fund an uprising, then bomb him for “humanitarian” reasons when he responds in order to assure his survival. Click here and here for more on this.

You don’t have to approve of these regimes to see that these appear to be (and in many cases certainly were) false provocations that reek of ulterior motives (hint: how many of these countries are oil exporters?) In fact, you can abhor these regimes and hope that they will not survive, and still realize how problematical it is for the American government to repeatedly foist big lies on its own people. This kind of thing is beneath any administration claiming lofty ideals and purporting to serve the public interest—and something that none of us should feel comfortable being party to.

If the public interest is defined as “seizing oil wherever it may be found,” then, well, that’s a conversation we need to have…and quick. There are severe consequences of this definition. Among them, the empowerment of those forces, both corporate and governmental, that profit most from the unbridled development of fossil fuels—and that have good reasons to block the development of renewable sources of energy. They’re known today as the One Percent, and they are destroying our world.

0 responses to “Justifying War with Iran”