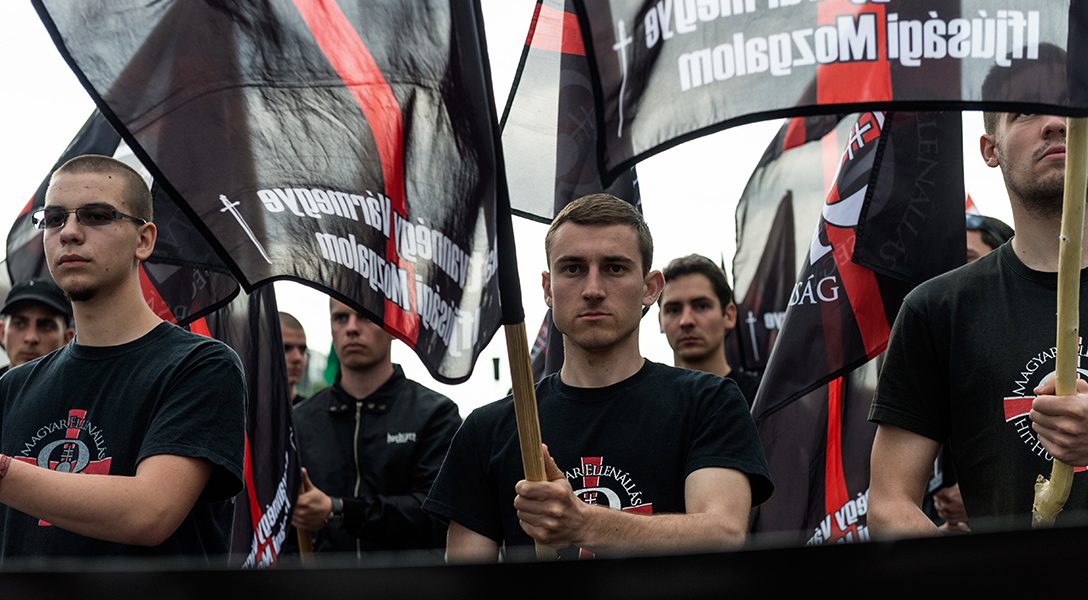 A major effect of the world’s changing climate will be the mass migration of people who have to leave uninhabitable places and go somewhere else to live. If (recent) history is any indicator, that’s not going to end well.

In the US, President Donald Trump tapped into the anti-immigrant attitude of many Americans to get elected. Once he was in the White House, he “rewarded” his base with policies that make it much more difficult for nonwhite people to immigrate.

However, the US is far from the only country in which open nationalism and racism are flaring up. In Europe, which recently faced a wave of immigrants from war-torn Middle Eastern countries, authoritarian leaders, and far-right parties are once again on the rise. (For a perspective of what’s going on in Europe, please see the BBC’s “Europe and right-wing nationalism: a country by country guide.”)

Attitudes toward immigrants are not better elsewhere in the world. That does not bode well for our future, when the number of refugees will soar because of climate change.

We have assembled a small collection of videos that provide a glimpse of the anti-immigrant sentiments expressed across the globe and the impact they already have.

Video #1, Japan. The Japan First Party in action, trying to make Japan great again. The say they want to restore it to its pre–World War II state. That includes labeling any news they don’t like as “fake news,” revising their past history of predation and atrocities, deporting Koreans, and of course limiting immigration.

Video #2, Hungary. This country was on the front lines of immigration, even though most of the refugees were just passing through. And last year, there were fewer than 700 people seeking asylum in Hungary. Yet its leader, Victor Orban, is teaching its citizens that “Europeans are facing a real threat: that Europe will no longer be European.” Posters everywhere warn against immigration. Television shows constantly drive home the message that immigrants rape, murder, spread disease, and plot terrorism. And many of the people who were interviewed are almost primitive in their racism.

Video #3, France.  A sobering look at what’s been happening in France where people suffer from the effects of high unemployment, closing factories, fewer vital services, and a disappearing middle class. The film features several interviews, including one with a woman from a small town who explains why she is, for the first time, voting for right-wing firebrand Marine Le Pen:

We have to fight for things, but they [Muslim immigrants] arrive and are given a flat, new clothes, food, petrol. We give them  everything and the French have nothing. It is not OK.” What she said next would be surprising to some. She explained that she had an uncle who had spent time in three concentration camps, “So, I know how these kinds of people are. But to put things right again — it’s the only solution.

Even if you don’t agree with them, It’s easy to feel sympathy for some of these people. While they are suffering, they believe immigrants are getting favorable treatment — but what they don’t see: how France brutally exploited and colonized the countries many of these immigrants come from.

Video #4, Sweden. This is a very nuanced presentation of what is happening in Sweden where, during the refugee crisis of 2015, they took in more immigrants per capita than did Germany. But far too many ended up unemployed and living on welfare in ghettos. Most settled in the town of Malmo. The overall crime rate has actually gone down in Malmo over the decades, but what has gone up is the number of spectacular shootings of criminals by other criminals, who are mostly drug dealers. A British politician dubbed Malmo “the rape capital of Europe” and he claimed the Muslim refugees were to blame for the majority of rapes. But, as the documentary’s host points out, it seems that rapes by refugees are the most reported rapes, while rapes by friends, relatives, and ethnic Swedes are grossly under-reported. His advice: “Beware the simple narrative.”

Video #5, Spain. Many Spaniards are homesick for the good old days when fascist dictator Francisco Franco ruled. Others fear the wishes of these right-wingers will come true. Fortunately, Spain’s current Prime Minister Pedro Sánchez and his Spanish Workers’ Socialist Party (PSOE) won the most seats in Spain’s general election. On the other hand, the anti-immigrant Vox party “won spots in Spain’s legislature for the first time since the country transitioned to democracy 40 years ago.”

The AfD is not only the largest opposition party in the Bundestag, it has managed to get into the European parliament and all the state parliaments

But it is the Eastern States, the former GDR which reunited with West Germany in 1990, where the party is performing the strongest, polling over 20%.

The AFD denies any links with extremists — but the extreme right-wing leader interviewed in this video says the AFD opens doors to his kind of views.

Video #7, Morocco. A Congolese teacher legally working in Morocco was arrested by mistake, then thrown off a speeding van when he protested — not an unusual fate for a Black African immigrant from a sub-Saharan country. The lighter-skinned Moroccans — variously called Amazighs, Berbers, Arab-Berbers, Moors — subject immigrants to daily acts of violence, and their government does not discourage them.

“Morocco: Outrage of a Constant Discrimination Against Black Africans” (2:05)