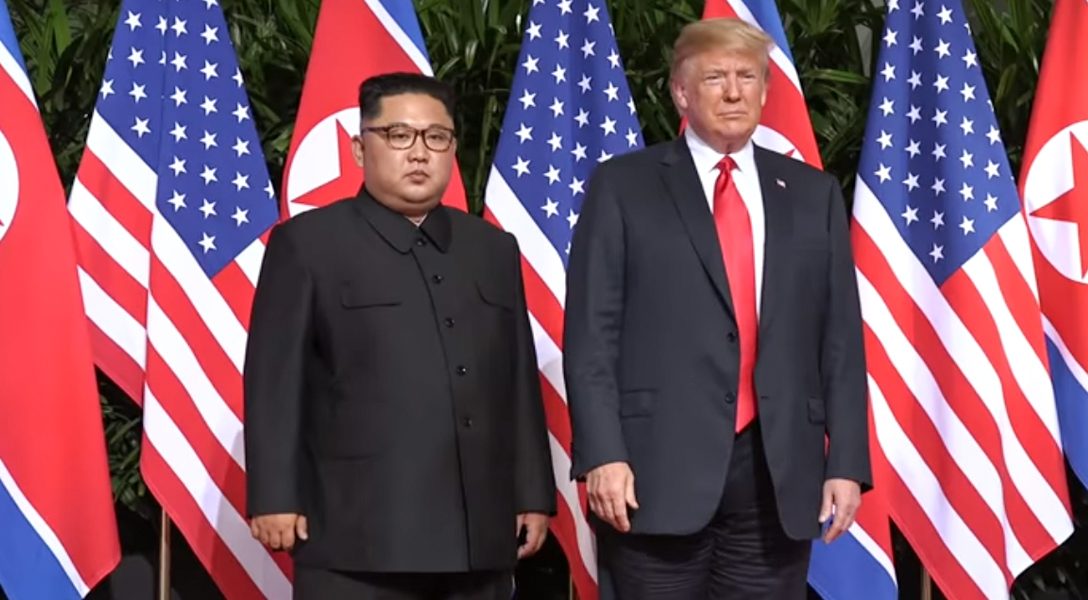 Was Singapore More Than a Photo Op Summit?

When the volatile leaders of the US and North Korea met this week for a historic summit in Singapore, few expected the brazen, bizarre displays of smitten camaraderie, and perhaps even fewer expected what appeared to be an agreement of sorts. But five hours later, President Donald Trump and North Korean leader Kim Jong-un released a joint statement expressing a mutual desire to denuclearize the Korean peninsula.

“The past does not have to define the future,” Trump told Kim at the meeting. “Yesterday’s conflict does not have to be tomorrow’s war.” It was a jarring shift in attitude from a man who just six months earlier had mocked his adversary as the “Little Rocket Man.”

After the meeting concluded, the White House released a bombastic and self-congratulatory video that paints both leaders in a flattering light — not unlike a typical product from the North Korean propaganda machine.

On paper, the development may sound like a diplomatic breakthrough — one that has eluded US presidents for decades. But numerous factors inspire skepticism, beginning with the fact that the two countries do not even agree on the definition of denuclearization.

To the US, the term simply means that North Korea would give up its nukes. To North Korea, it indicates that the US would withdraw its so-called nuclear umbrella from over South Korea.

Despite its grandiose rhetoric of hope and peace and reconciliation, the one-page document  was conspicuously short on specifics, and pundits argue that Trump has conceded too much for what are essentially vague promises.

While Kim provided no concrete plan or workable timetable for disarmament, Trump not only committed to halt joint military operations with US ally South Korea — which he, borrowing Kim’s words, described as “provocative” — but also downplayed the regime’s abhorrent human rights abuses.

More confusing still, North Korea’s state-run media reported that Trump agreed to lift sanctions as part of the denuclearization process — a condition not found on the official statement.

The Republican leadership expressed optimism about the direction of the talks but urged Trump to be skeptical about Kim’s promises and, more importantly, to refrain from ending military drills with the South. Given the North’s record of violating similar pledges, any denuclearization effort has to be “real” and “verifiable,” said Sen. Marco Rubio (R-FL), and “it’s important for us to be cautious about what such a deal would be.”

A verifiable agreement like the Iran Nuclear Deal, which Trump withdrew from, would — among other things — require North Korea to allow periodic inspections of its full nuclear arsenal by an independent, international body.

Democrats were far less ambiguous in their critique of the summit, calling it a “photo-op” and “the weakest statement” to emerge from any diplomatic talk with the reclusive country. Sens. Chris Murphy (D-CT) and Tammy Duckworth (D-IL) even introduced a bill to prevent the president from unilaterally pulling US troops out of South Korea.

Below are the trailer Trump prepared for Kim ahead of their meeting, and a clip of North Korea’s reaction to the summit.