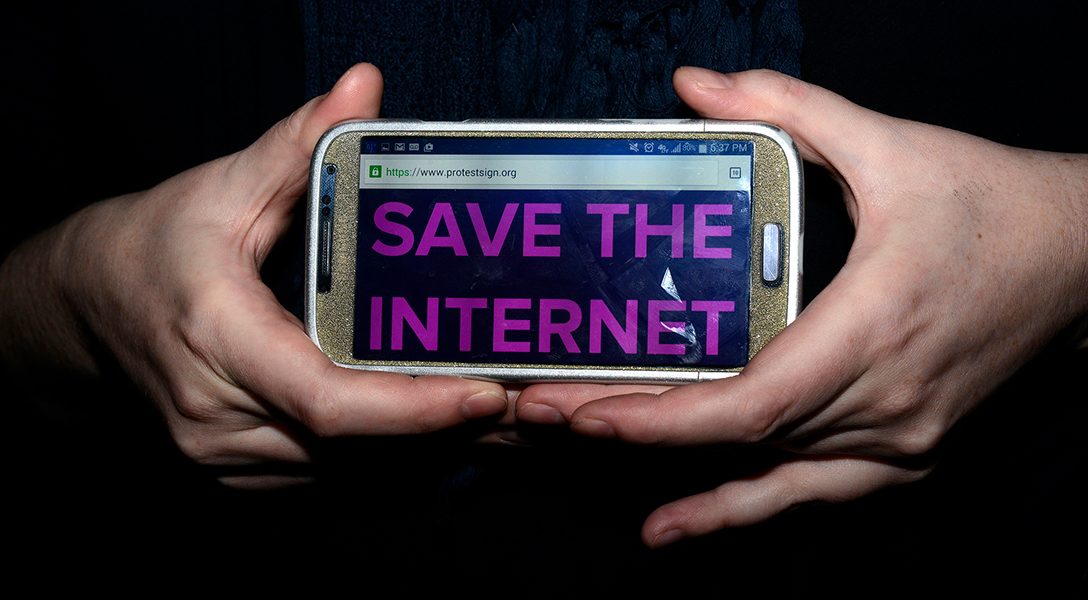 In just three weeks, the freedom with which Americans have navigated the web — a terrain that seems as expansive as the universe — may become a thing of the past.

On Tuesday, the Federal Communications Commission (FCC) unveiled a plan to gut net neutrality, the principle that aims to establish a level playing field online. A final vote is scheduled for December 14.

Getting rid of net neutrality would give broadband providers like Comcast and Verizon license to assign faster browsing speeds to platforms that can afford higher premiums — Google, YouTube, Facebook — and essentially throttle smaller services that can’t, including those that compete with the provider’s own services. (Verizon, for example, may grant perks to Yahoo, which it acquired this summer).

Providers would amass the power to decide which content gets heard.

Just hours after the FCC announced its assault on net neutrality,  New York State Attorney General Eric Schneiderman penned an open letter to Chairman Ajit Pai and accused him of stonewalling a probe into fraudulent comments posted to the agency’s website.

Schneiderman wrote that someone had launched a “massive scheme” to bombard the FCC’s public forum with fake anti-regulation messages sent using identities of real Americans — some deceased.

His office has been investigating the alleged mass identity theft for the past six months — but more than nine record requests made to the FCC yielded no substantive response.

The hoax comments supporting the FCC’s new rule change can be seen as an attempt to neutralize the much larger force on the other side. Two-thirds of the comments on the FCC’s site were against the dissolution of net neutrality rules, according to a study funded by lobbying group Broadband for America.

Proponents of the net neutrality repeal insist that allowing providers to regulate browsing speed and charge for premium access will spur investment and growth — though little credible evidence has been found in support of that claim.

Some supporters claim that a small number of providers already control much of the country’s internet bandwidth, and that web giants with deep pockets already operate in the fast lane. Better, they argue, to increase competition on the supply side, and prevent the recent Comcast-Time Warner merger from becoming the norm.

The videos below provide a short overview of what net neutrality means, and how its repeal could affect consumers.