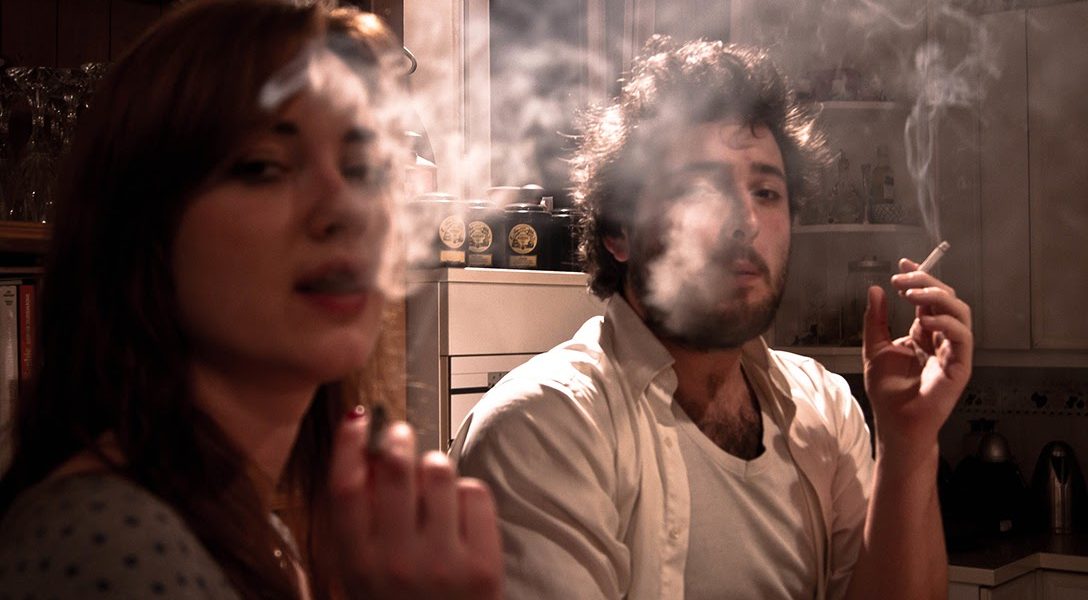 Thirdhand Smoke: An Invisible Killer That Lingers for Years

Can you get cancer from living in a home previously occupied by a smoker? Sounds crazy, but it’s not out of the question.

Nicotine and many other dangerous chemicals in tobacco smoke, including carcinogens, soak into all the surfaces of a room — and stay there for years.

These chemicals get into the furniture, upholstery, carpets, curtains, and even the walls, which, being hard and smooth, would not seem to be especially absorbent. But as a researcher at San Diego State University, put it, “These volatile compounds soak into the drywall; gypsum is like a bottomless pit for these toxins.” (And, he added, they can “undergo further chemical reactions that turn otherwise innocuous compounds into harmful ones.”)

Then they get into your body.

New non-smoking tenants who live in a smoker’s old home had “significant levels” of nicotine in their urine.

The byproducts of nicotine have been found in the urine of children whose mothers were former smokers — long after they had quit smoking and no one else smoked near them. The residues of smoking remained in their homes, and were absorbed by the children.

Besides cancer, these toxins “can also trigger asthma attacks and eye, lung and throat irritation. They can also interfere with wound-healing and cause cardiovascular problems,” according to the San Diego State University researchers.

Chronic exposure to these toxins can make it more difficult for you to survive a potentially deadly disease — such as the coronavirus.

Smoking contributes to the high number of deaths of those infected by the coronavirus in China where smoking is rampant, according to the assistant director general of the World Health Organization, epidemiologist Bruce Aylward, MD. He pointed out that smokers get cardiovascular and lung disease, comorbid conditions responsible for a higher mortality rate in coronavirus patients.

Recently, an international team of scientists from the Max Planck Institute for Chemistry and Yale University made some amazing discoveries, as reported by Science Magazine: they discovered that people who had prior exposure to tobacco smoke can transport contaminants equivalent to several cigarettes of secondhand smoke. So if someone is in a room that has never been smoked in, that person could still be exposed to the hazardous chemical compounds in cigarette smoke — depending on who else has entered the room or previously visited it.

“In real-world conditions, we see concentrated emissions of hazardous gases coming from groups of people who were previously exposed to tobacco smoke as they enter a non-smoking location with strict regulations against indoor smoking. So the idea that someone is protected from the potential health effects of cigarette smoke because they’re not directly exposed to second-hand smoke is not the case,” says Drew Gentner, associate professor of Chemical & Environmental Engineering at Yale University and Alexander von Humboldt Foundation Research Fellow.

“The observed emission rates into a more confined or less well-ventilated space such as a motor vehicle, a bar, a train, or a small room in a home would lead to much higher concentrations and occupant exposure,” Gentner explains.

This means that even the welcoming lap of a grandfather may be hazardous to a child if experienced often enough — because of what’s in the upholstery of his easy chair, in his hair, beard, tweed jacket, pants, his nicotine-stained fingers, and possibly even his tobacco soaked exhalations.

Below you will find some short, powerful videos — none are technical or preachy — that we think you will be glad you watched:

The first, which is in cartoon form, will give you a clear picture of the amazing things that go on in your body when you smoke — and when you quit.

The second video explains thirdhand smoke, in less than a minute.

The third video is a dramatic silent film on the surprising horrors caused by exposure to these chemicals.

The fourth contains a lot of information, including what you should know about decontaminating a smoke-soaked area — it’s not easy.

The fifth is about how to avoid thirdhand smoke.

Effects of Thirdhand Smoke on Liver and Lung Found to Worsen Over Time (0:46)