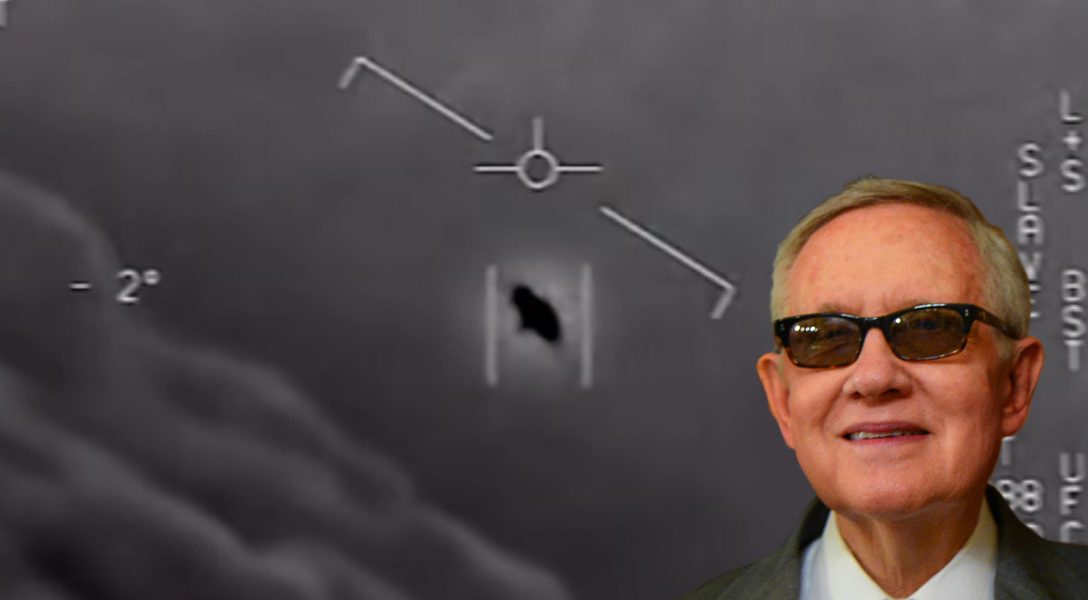 Scientists Unswayed by Discoveries from the Pentagon’s UFO Program

The New York Times’ bombshell report this week on the Pentagon’s classified UFO program rekindled a longstanding American belief in the possibility of alien visits.

Mystique about interstellar encounters attracts a far broader contingent than just UFO enthusiasts. In the decade after World War II, the US experienced such a surge in reported UFO sightings that the government created Project Blue Book to examine the phenomenon. From 1952 to 1969, Air Force personnel reviewed 12,618 incidents and concluded that 701 remained “unidentified,” though not definitively extraterrestrial or dangerous.

But by the turn of the century, 80 percent of the country thought the government was concealing evidence of extraterrestrial existence, according to a 1997 CNN/Time poll conducted on the 50th anniversary of a reported UFO sighting in Roswell, New Mexico.

One avid believer in alien visits is former Senate Majority Leader Harry Reid (D-NV), who initiated and secured the funds for the recently revealed Pentagon project. Established in 2007, the Advanced Aviation Threat Identification Program (AATIP), is a $22 million initiative to investigate the origins of observed UFOs. The bulk of the money went to Bigelow Aerospace, a Nevada-based research company headed by Reid’s longtime friend and fellow believer, Robert Bigelow. One of the more shocking disclosures from the Times story is that the company converted several Las Vegas buildings into warehouses to store debris from “unidentified aerial phenomena.”

Though the Department of Defense eventually terminated funding in 2012 to invest in more pressing issues, officials continued to collect and investigate footage of reported sightings. A heavily scrutinized clip shows a Navy pilot tailing an aircraft enclosed in a glowing aura, apparently traveling and rotating at an astonishing speed.

Videos of this sort led Luis Elizondo, head of the Pentagon’s UFO Unit, to say that “there is very compelling evidence that we may not be alone.”

Scientists are less convinced. Astrophysicist Jonathan McDowell said the object in one bit of footage may just be a reflection; astronomer Seth Shostak suggested that the decision to recruit Bigelow, someone with predetermined views about the phenomenon, alone undermines the program’s objectivity; astrophysicist Neil deGrasse Tyson and MIT professor Sara Seager pointed to a faulty interpretation of UFOs: unexplained objects need not be extraterrestrial in nature.

“The universe brims with mysteries,” Tyson said. “Just because you don’t know what it is you’re looking at doesn’t mean it’s intelligent aliens visiting from another planet.”

The first two videos include the aforementioned encounter between a Navy F/A-18 Super Hornet and an unknown object, plus a new interview with the Navy pilot. The third shows Tyson’s perspective on UFO origins.