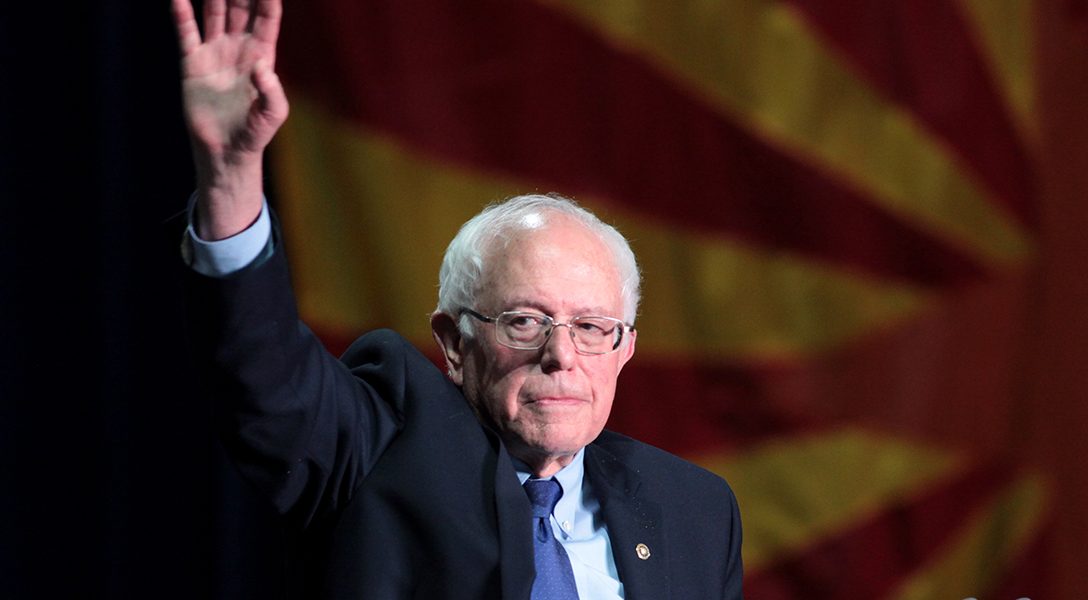 That’s a third of a caucus that, even a year ago, had dismissed many of Sanders’s ideas — including making public colleges tuition-free — as unfeasible socialist fantasies.

During the acrimonious primary battle that underscored the growing chasm between the party’s establishment and progressive wings, almost all of the legislation’s co-sponsors flocked to Hillary Clinton, the establishment candidate, who said that universal healthcare coverage would “never, ever come to pass.”

Sanders had no co-sponsors when he last introduced a Medicare-for-all bill in 2013, when only 43% of Americans thought the federal government should be responsible for providing health coverage. It soared to 58% in May, around the same time Obamacare gained majority approval for the first time in its seven-year run.

A third of the country now approves of a single-payer health care system, turning the issue into a litmus test for Democrats considering a White House bid. Those who harbor doubt about it risk appearing as unconcerned about the struggles of cash-strapped Americans.

Sanders’s bill, dubbed the “Medicare for All Act of 2017,” would essentially beef up Medicare by adding dental and eye care services and eliminating copays and deductibles — while extending coverage to all Americans, including the undocumented. It would also mandate the enrollment in Medicare of all residents within four years, effectively eliminating private and employer-sponsored insurance.

None of this is likely to be even seriously debated at this point. And even if Democrats were to assume power in three years, the proposal faces an uphill climb in Congress and vehement backlash from the insurance and pharmaceutical industries.

Partisan gridlock and lobbying power aside, the current version of Sanders’s proposal raises the same technical questions that critics of single-payer have been bringing up for years. The plan omits the nitty gritty details of how the federal government would finance the new single-payer system. Experts from the Urban Institute estimate the cost to be at least $2.5 trillion a year.

That makes paying for such a plan tricky and could require a mixture of measures curbing the US’s sky-high healthcare costs per capita but potentially also tax increases.

Public opinion on universal health care tends to sway dramatically when the focus shifts from benefits to costs. When polls include questions about a steep tax hike needed to finance Medicare-for-all, support for the system plummets, even among progressives.

Watch the videos below to learn what lawmakers on both sides of the aisle feel about single-payer; and how the system works in Canada.