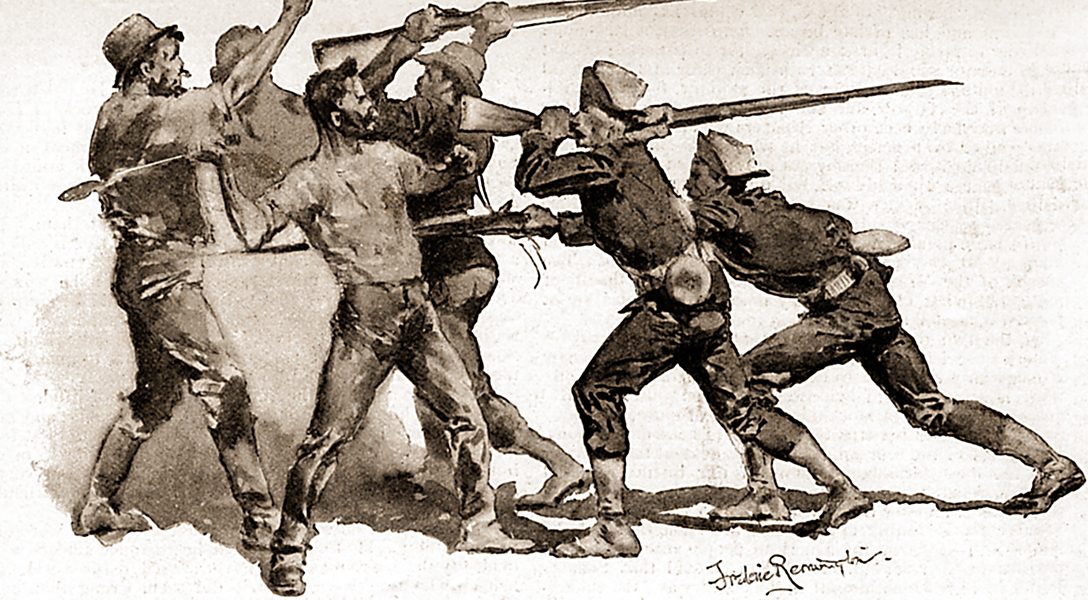 Remembering The Pullman Strike: The Origin of Labor Day

In the summer of 1894, some 3,000 railroad workers on Chicago’s South Side went rogue, staging an unauthorized walkout to protest shrinking paychecks.

The ensuing showdown between the American Railway Union (ARU) and the Pullman Company not only gave Americans a much-appreciated day off but also, more importantly, legitimized unionism as the primary means of protecting and advancing worker rights.

The Pullman Strike, as it would come to be called, emerged from one of the country’s most devastating economic crises, the Panic of 1893. Thousands of businesses shut down, and unemployment cracked 20%. To cope with plummeting demand and revenue, the Pullman Company, a premier railroad manufacturer, slashed its workforce by half and worker wages by a quarter, financially crippling its employees and their families under the weight of unsubsidized rents and living expenses.

The ARU, founded by a then-little-known Eugene V. Debs — the towering socialist prophet who went on to inspire the likes of Kurt Vonnegut and Bernie Sanders — supported the workers by recruiting manpower and coordinating organized follow-up walkouts.

From June to August, half a million workers across America joined the boycott, so incapacitating railroad traffic that President Grover Cleveland’s administration sought an injunction against the union — the first in US history — and dispatched troops to end the strike.

The immediate aftermath was not pretty. Although Cleveland, as a peace offering, christened Labor Day a national holiday, wages stayed stagnant, unions suffered significant losses, and Debs went to jail for violating a court injunction.

Even so, the Pullman Strike ushered in an era of widespread unionization, heightened awareness of class and wealth inequality and, subsequently, progressive ideals like a minimum wage and overtime pay.

Americans are still reaping the rewards of unionism today: the gender pay gap has halved since 1980, and in five years time, 17% of the populace will live in a city or state with a $15 minimum wage. Yet as automation continues its assault on the most heavily-unionized industries, the formidable labor movement that has converted ideals into laws is starting to look like the relic of a bygone era. Union membership slumped to an all-time low this year — a dismal 10.7 percent. Anti-collective-bargaining laws have gathered steam in states like Wisconsin, ostensibly as a productivity booster but actually a corporate-backed effort to swat aside annoyances like paid sick days and extended maternity leave.

As this long holiday weekend takes off, it’s important to remember that decades of organized labor protests, not bouts of compassion from white-collar executives, are the reason Americans get to sleep in on Monday morning — and enjoy many other benefits.

Watch the videos below to learn more about the seminal strike that defined the modern labor movement.