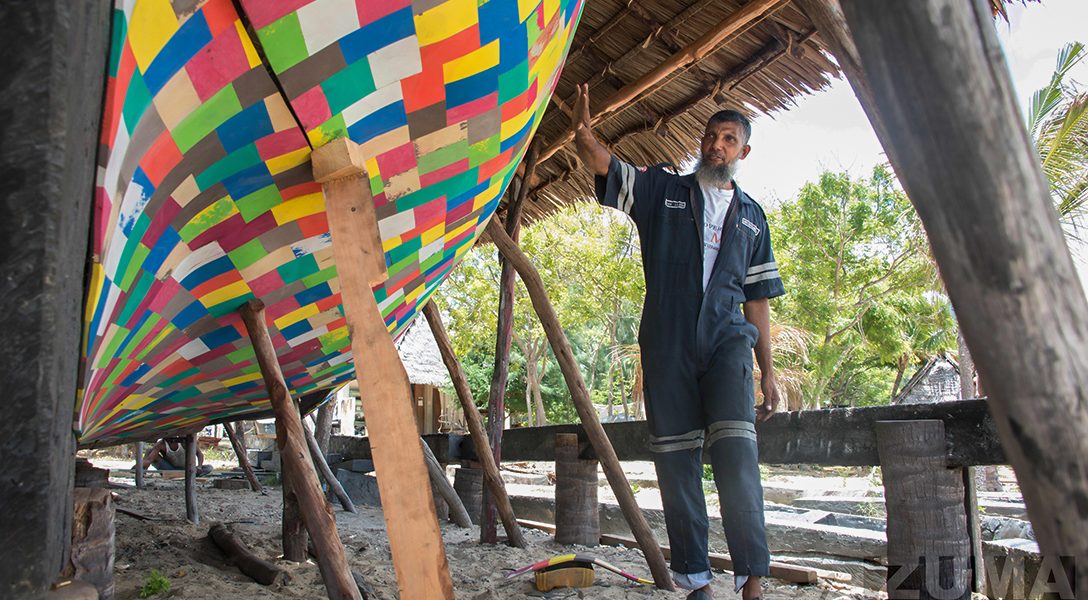 Recycled Plastic: From Rubbish to Masterpiece

This planet is choking on plastic. You can even see it from outer space.

For decades, the world has been producing billions of tons of plastic products… and then people just casually toss them out, often after only one use. And where this stuff lands, it slowly poisons the environment for about 500 years, until it finally degrades.

Only 9 percent of it is recycled. Nine percent!

But here is some happy news. A few creative people are finding some mind-boggling ways to recycle plastic. We present videos on two of them — one is an artist, the other a builder of ships.

Mbongeni Buthelezi grew up in the slums of South Africa, where he spent his spare time rummaging through garbage looking for scraps that he could put to use, especially plastic scraps.

Now, as a grown man, he is still gathering discarded plastic — but turning it into works of art that are being exhibited all over the world. He receives as much as $15,000 for a painting.

First, he makes a sketch in watercolors, next, he adds little pieces of plastic to the picture. Then, using a heat gun, he melts the plastic. The result is a work of art that, from a distance, looks like a regular painting. But up close, you can see that it has texture and dimension.

“I use rubbish to create something beautiful. I collect something that has no value and give it new life. That’s what we can do with ourselves and our lives,” he says.

This is not just a gimmick. His work would be compelling even if produced in conventional ways. And it is not merely beautiful; it also contains commentary. To see stills of his remarkable paintings, please go here.

A Sailboat Made From Plastic Waste

Not long ago, the East African country of Kenya was covered with discarded plastic, from end to end, and beyond into the sea. Men who fished in the nearby Indian Ocean complained that, in their nets, “You catch more plastic than fish.”

The problem was so bad that, to counteract it, the government imposed draconian penalties: the fine for getting caught using a plastic bag was 40,000 USD, or four years in jail.

Now, Kenyans are no longer using plastic bags, unless they’re made out of recycled plastic — and they have plenty of colorful, reusable bags to choose from, as well as all kinds of other things made from discarded plastic.

One project involved an especially breathtaking use of discarded plastic, 10 tons of it: an entire sailboat, 9 feet long, known as a “dhow.” It was called the “FlipFlopi” project because of all the recycled plastic sandals that helped create it.

On September 15, 2018, World Cleanup Day, the FlipFlopi was launched — and it floated!

The dhow was the brainchild of Ali Abdallah Skanda, a fisherman, who had this to say about what animated him:

To convert waste into something valuable, it takes that vision… and it takes perseverance… Our plastic dhow is a message to the world: we have to tell our young kids of the importance of taking care of our environment. Because they are the leaders of tomorrow, it’s better that we involve them, and be truthful to the coming generation.