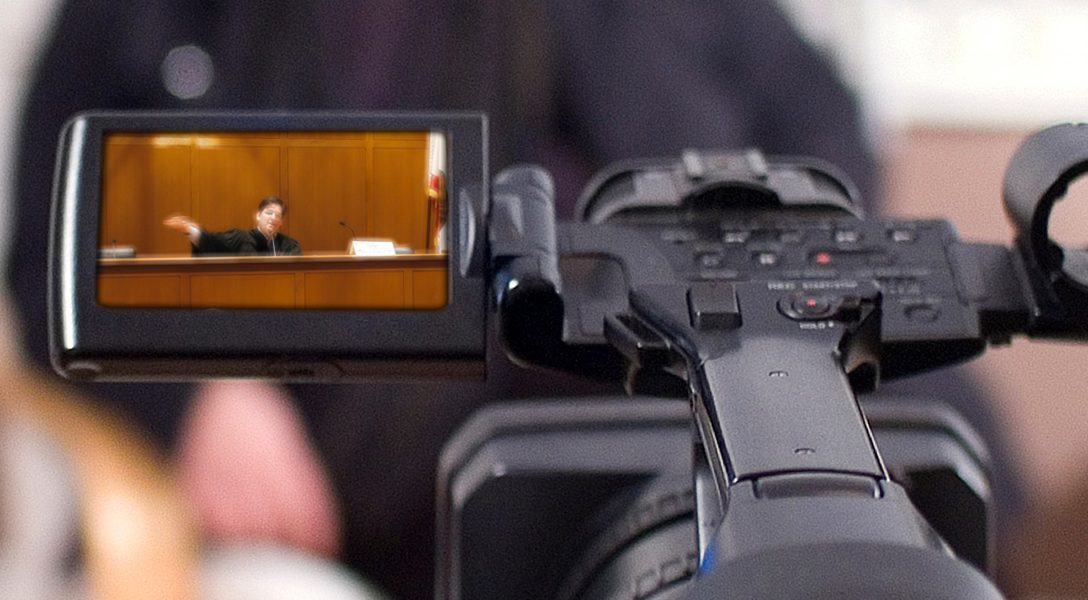 Keeping an Eye on Justice

C-SPAN already provides the public with live broadcasts of congressional floor speeches, late-night filibusters, and presidential prayer breakfasts. But if you browse the C-SPAN schedule for upcoming broadcast events, you’ll notice one branch of government is conspicuously absent: the judiciary.

That’s because television cameras are mostly banned from federal court proceedings, including all of the district trial courts (a special pilot program has been allowed to continue in 3 out of 94 districts), the majority of appeals courts (currently 3 out of 13 circuits allow cameras for oral arguments), and the Supreme Court itself, which allows no TV at all.

Though there have been research studies initiated by the court, several pilot programs, and even proposed legislation from Congress to force implementation, it just never seems to be the right time.

If we turn to state courts, things look very different. The majority of state supreme and appellate courts allow oral arguments to be televised. Many states also allow trial courts to be televised, though rules and restrictions vary widely (see here for a 50 state guide). Notably, the District of Columbia does not allow any televised cameras in either trial or appellate courts, while Florida is seen as the “gold standard” by many transparency advocates, requiring cameras in all courts, unless special-exception requirements are met.

Why are many courts, especially at the federal level, so camera shy? The reasons are varied and sometimes complicated. Many judges rightly fear an O.J. Simpson-like media circus and soundbyte journalism. There are legitimate concerns about maintaining fair trials and shielding witnesses in certain criminal cases. Some court observers believe audio recordings are sufficient. And sometimes, perhaps, it’s as simple as judges, attorneys, witnesses or defendants not feeling comfortable in front of the camera.

Clearly, though, these concerns must be balanced against the goals and ideals of transparency, the unmatched educational opportunities, and precedents already established in other branches of government.

These videos walk us through some of the history and controversy surrounding this issue. In the age of the surveillance state, bringing more sunlight to bear on the workings of our own government — especially a branch where we the people are called to participate as jury — is surely an issue worth renewed attention.