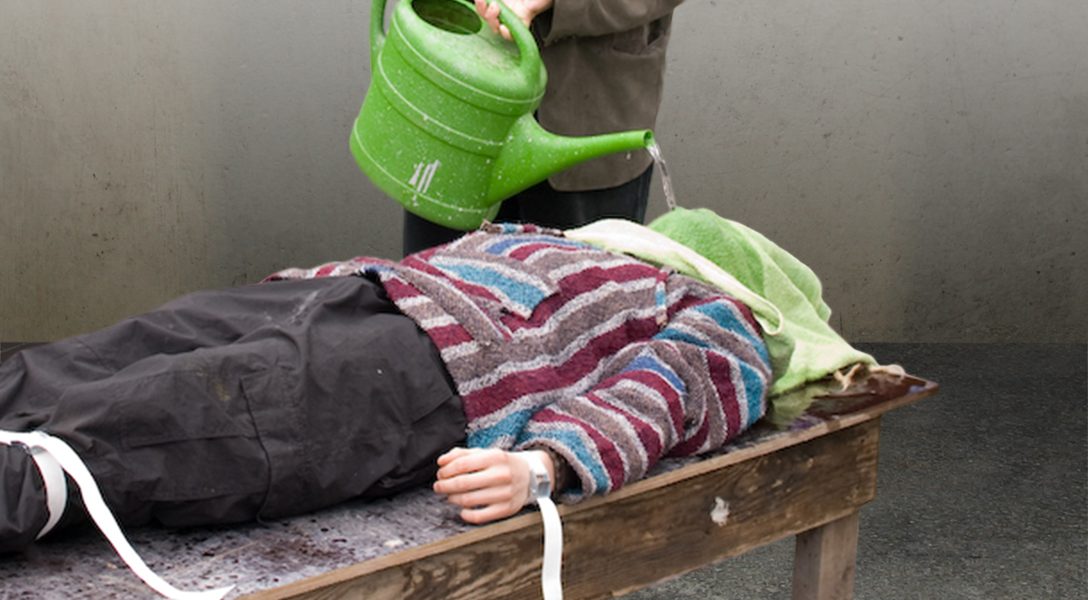 Why Isn’t the Mainstream Media Honest about US Torture?

On Monday, August 7, The Washington Post ran a story with the headline Judge orders CIA interrogation lawsuit to trial. It details the upcoming civil trial of two CIA-contract psychologists who were paid $81 million to design and implement the CIA program that became ubiquitously referred to as “enhanced interrogation.” The story itself was interesting and informative on a number of points. But what was perhaps less noticeable was the way the author tiptoed around actually referring to it as a torture program — except when referencing the plaintiff’s accusations.

In 2017, with two presidential administrations between today and the program’s inception, why is it so difficult to use plain and straightforward language — that this was torture and a violation of international law?

“Enhanced” sounds like a product update, hardly pejorative. Yet the article does use clear language to describe the actual methods used: “stuffing detainees into small boxes, slamming them against walls and waterboarding them.”

So why has the mainstream media, not just the Post, avoided to outright equate the program with torture? One possible reason may be found in the defense argument presented by the psychologists’ lawyers. From the Post article:

They said the psychologists deserved the same legal immunity enjoyed by government officials because it was the C.I.A. — not the defendants — that decided which detainees would be interrogated using the techniques the defendants had proposed.

Yes, that’s right, not a single CIA or government official has been held accountable for these crimes. In fact, the only person who received judicial action in relation to this subject was former CIA analyst and case officer John Kiriakou, who was sentenced and served two years in prison for blowing the whistle on the program.

In Washington, D.C., the operative phrase seems to be “see no evil, hear no evil.” Recall that the CIA illegally destroyed the videotapes capturing hundreds of hours of waterboarding sessions. No one was held accountable.

Perhaps this is simply an innocuous case of a newspaper playing it safe to avoid any unnecessary legal entanglements. And it’s not as if the Post has been alone in this language play. But it’s not just about reclaiming the past. The stakes are high right now.

President Donald Trump doesn’t appear to have any qualms with waterboarding. As recent as this January he said that “torture works.” But experts say it does not work, and only leads to prisoners telling their interrogators what they think they want to hear. Trump’s Secretary of Defense James Mattis is against torture, including waterboarding.

Perhaps the president is not aware that the US tried and executed Japanese soldiers after WWII specifically for waterboarding. But would it matter to him?

Besides the usual back-and-forth debate about whether torture “works” as a method of extracting information, what’s usually lacking in these discussions is the central question of morality.

And when we engaged in some of these enhanced interrogation techniques, techniques that I believe and I think any fair-minded person would believe were torture, we crossed a line. And that needs to be — that needs to be understood and accepted. And we have to, as a country, take responsibility for that so that, hopefully, we don’t do it again in the future.

It could be argued that one of the best ways to prevent something like this from happening again would be to fully expose it to the light, and bring to justice those officials — from the very lowest to the very highest — that were involved in these actions. And start calling it what it is: torture.

But to those with any doubts that these techniques could constitute torture, the below videos will help clarify.