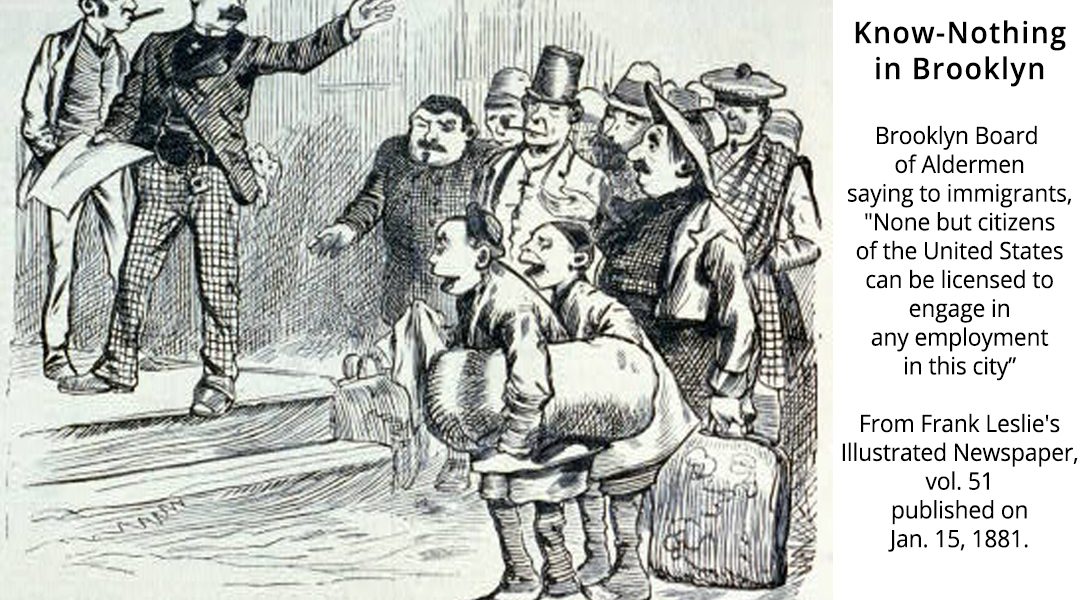 Immigrants! Who Needs Them?

Immigrants appear to be everywhere in America and, according to the two videos we present, this is not a bad thing. The narrator of the first one offers an engaging, well-documented overview of migration movements around the world, the way they are used by politicians, and their fate in the past and present. But he mostly focuses on the good effects of immigration on the US economy.

He describes most immigrants as hard-working adults who pay taxes and contribute in all kinds of ways. For instance, they are responsible for half of all Silicon Valley technical startups, and, he says, nearly half of the 500 largest companies in the US were founded by immigrants or their children. “That’s 216 companies, whose revenues surpass $5 trillion each year and employ almost 13 million people around the world.”

He gets some of his statistics from known liberal organizations — such as the Migration Policy Institute and the Center for American Entrepreneurship — so his presentation may be one-sided, but much of it is clearly true, and the film clips are worth viewing.

Here is a fact that was not mentioned in the video, one that should really make you embrace immigrants — especially those with medical degrees: There is an alarming shortage of doctors in the US, especially primary care doctors. According to a Senior Fellow at the Council on Foreign Relations, by the year 2025, the US is expected to be 125,000 doctors short.

Yet, it is very hard for foreign doctors to get jobs in the US — no matter how qualified. They must pass a series of difficult exams and do their residencies all over again. But because only 40 percent can get into a residency program, many end up working in non-medical professions.

The second video, put together by CNN’s Sanjay Gupta, shows the sad fate of such doctors in Southern California, where there are thousands of them, mostly Latino: they’re cleaning houses, laying brick, washing windows, trying to remember who wants fries with their burgers, and worse — all while studying for difficult exams that are not in their native language. But, at the University of California in Los Angeles, their American colleagues are mentoring them in an effort to fast-track them back to where they belong — practicing medicine. Good thing, because Americans are going to need them.