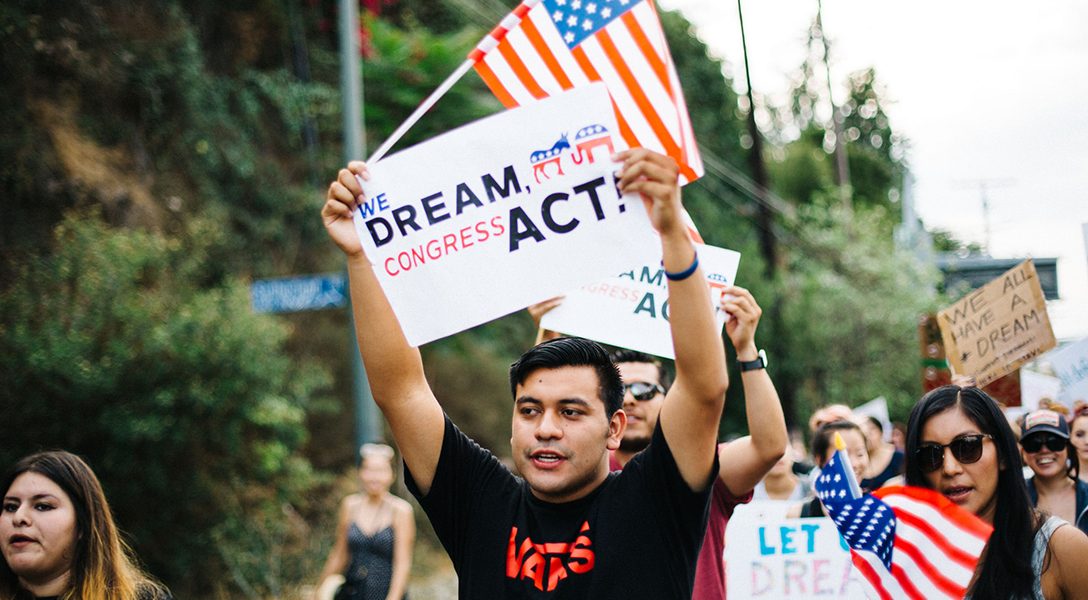 Government Shuts Down As Democrats Hold the Line on DACA

It’s no surprise that immigration would be the pivotal issue in US politics this year. Since last September, when President Donald Trump terminated Deferred Action for Childhood Arrivals (DACA) — the Obama-era program that protected undocumented immigrants brought to the US as children — the subject has dominated contentious discussions on short-term spending bills. On Friday night, the issue led to the shutdown of the government.

Senate Republicans insisted they are willing to find a compromise for DACA, but not as a provision in a stopgap measure. Immigrant rights groups, however, increased pressure on Democrats to reject any deal from an unreliable partner that provides no relief to the 800,000 young recipients.

In the end, Democrats were not swayed by the assurances Republican leaders offered, and most of them voted against the continuing resolution (CR) that would have kept the government open. Only a handful of senators from red states, most of whom are up for reelection this fall, defected.

What happens next will largely depend on who is going to be blamed for the shutdown. Both sides started pointed fingers long before the final vote. Democrats are arguing they cannot be blamed because Republicans control both chambers of Congress and the White House. The GOP is hoping that voters will buy into their argument that Democrats are putting the interests of undocumented immigrants ahead of those of US citizens. It is possible that another short-term CR can be passed in the upcoming days, but if both sides dig in their heels, polling will have a lot to do with who blinks first.

The 2020 presidential race also plays a role in this latest political saga. A handful of Senate Democrats, including Sens. Cory Booker (NJ), Kamala Harris (CA) and Kirsten Gillibrand (NY) are all viewed as potential challengers of President Donald Trump and have vowed to stick up for the Dreamers — the generation of undocumented immigrants who came to the US as kids.

In case you did not watch the drama unfold last night, watch the final minutes of the Senate debate on the CR for a preview of how Republicans and Democrats will try to blame each other for what happened.