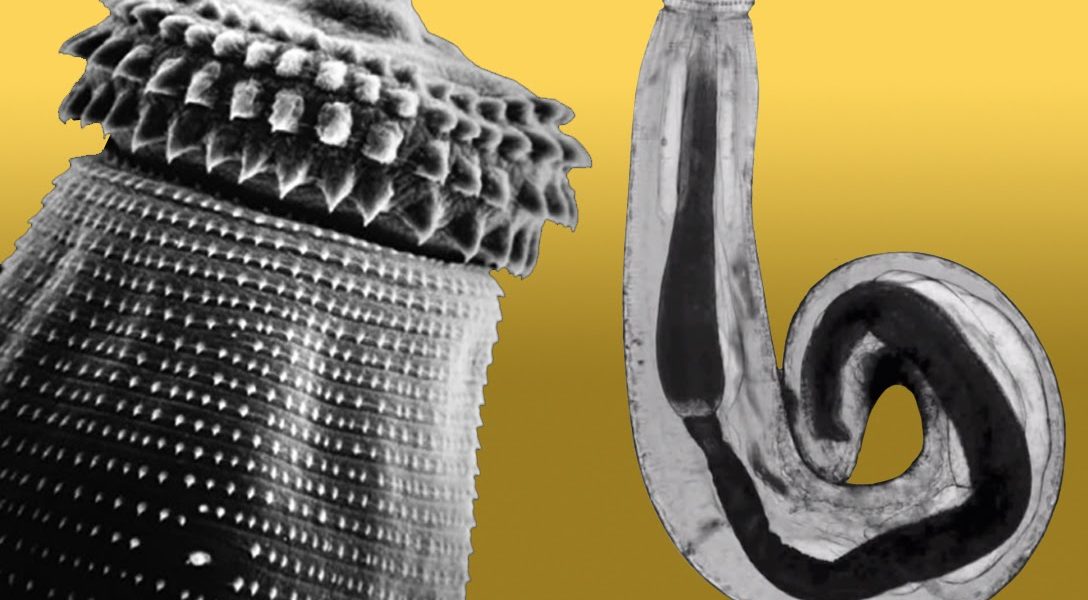 Gnathostomiasis from raw fish. Manifested by tiny worms that burrow under our skin and, in rare cases, can get into our eyes and brain. Photo credit: Nutritionfacts.org (CC BY-NC 4.0)
Video

Got Worms? Could Be the Freshwater Sushi

Seems like every minute of every day someone or something is either trying to get you — or get into you.

They get into your pockets and bank accounts. They get into your personal information to see how to seduce you into buying stuff or voting the way they want. They crawl into your mind and plant propaganda. And all kinds of critters find ways to get inside your body. Bacteria, viruses, worms — all wanting a home inside you where they can raise a family.

Some of these critters need not trouble themselves seeking you out. You go to them. Some are in your garden soil, for instance. And in rivers and lakes.

Dr. Michael Gregor, producer of today’s video, has a description of such an entity that is guaranteed to creep you out — a worm that lives in animals you might eat:

The worm’s head has rings of little hooks that allow it to burrow through tissue … In addition to burrowing under our skin, it can also crawl into our eyeballs … If you have any pimples on your face that move around, better to have your doctor grab them before they start swimming around in your eyes!

By far the most serious manifestation is when they get into your brain … The condition can lead to paralysis, bleeding in the brain, and finally death …

How do the worms get into our brain… After you leave the sushi bar, the larvae can penetrate the wall of your intestine. They can then enter the brain through the base of the skull, crawling along the spinal nerves and vessels …

This thing has a name, Gnathostomiasis, and it is found primarily in freshwater raw fish, but also in frogs, eels, and reptiles. And even in undercooked chicken. Fortunately, most sushi bars in America and western Europe serve saltwater fish, which do not carry the larvae.

But beware if you travel. Freshwater raw fish is commonly served in Southeast Asia, especially Thailand — and in Latin America. But it’s also served in certain “ethnic restaurants” (unspecified) in America. If you want something that is both exotic and safe, have a Japanese giant hornet — fried.

Dr. Gregor went to Cornell University College of Agriculture and Life Sciences, Tufts University School of Medicine, and specializes in clinical nutrition. He is a founding member and fellow of the American College of Lifestyle Medicine.