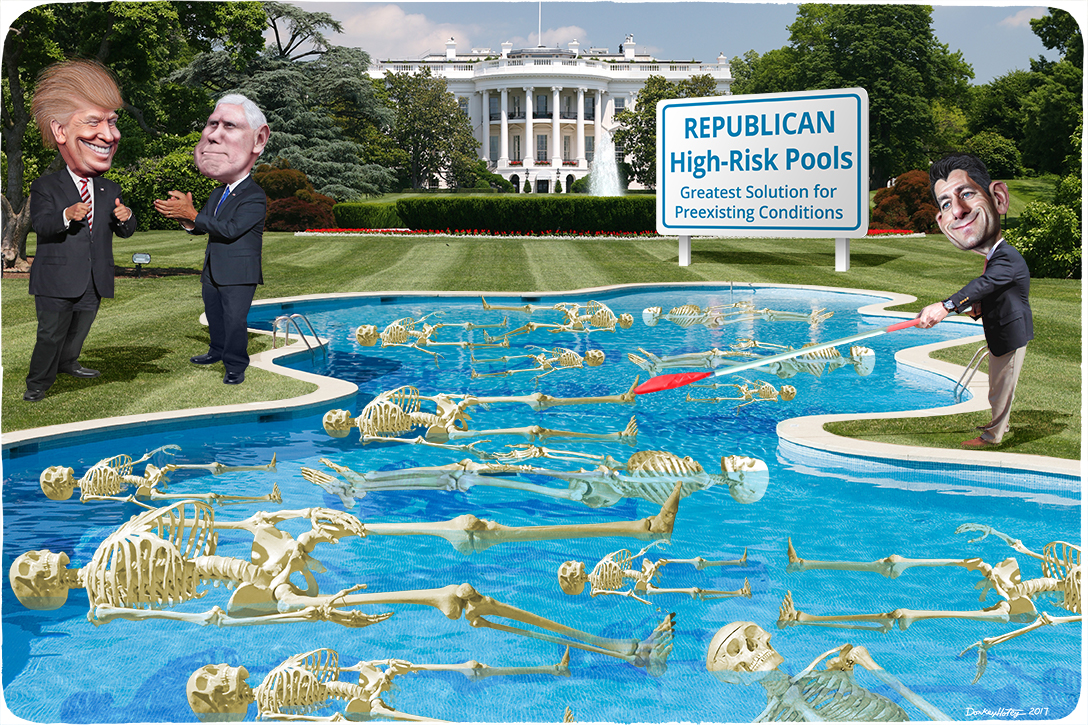 GOP Has Great Healthcare Plan for Healthy and Wealthy

After seven years of trying, House Republicans finally got their wish. This past Thursday, Obamacare was repealed and replaced with the American Health Care Act. Of course, the House had previously voted dozens of times to either repeal or defund Obamacare, but a Democratic Senate and President ensured that it never came to fruition.

Now with Republicans in control of all three branches of government, the measure moves to the Senate, though it remains to be seen just how much of the original bill will continue on its current path to the president’s desk.

Republicans cheered after the final votes were passed. Even some Democrats seemed happy, singing “Hey hey hey goodbye” at their colleagues across the aisle, confident that their victory today means losses in 2018, once voters see how this legislation undermines access to affordable healthcare for millions.

While the rest of the industrialized world maintains a single-payer health care system, and generally sees health care as a right, the US continues to be an outlier. Though not many would disagree that Obamacare was a flawed bill, it did provide protections for those with preexisting conditions and for millions who couldn’t previously afford health insurance.

So what have the Republicans achieved? Besides giving an almost $1 trillion dollar tax cut to the very wealthiest Americans, the GOP claims its plan will both improve healthcare quality and lower costs.

Of course, these items are nothing new, and have long been Republican talking points on health care. HSAs have been around since 2003, and high-risk pools — the idea of putting those with infirmities and pre-existing conditions in one insurance risk group separate from the healthy — was simply a pre-Obamacare reality.

And now the promise is that, by allowing health insurance sales across state lines, free market competition and deregulation will drive prices down.

But are these measures truly the panacea they claim to be? These videos examine why the devil is in the details, and why “free market” and deregulation could be counterproductive to the goal of affordable, quality healthcare.

It could, in fact, be just another way of benefitting the privileged at the expensive of the vulnerable.