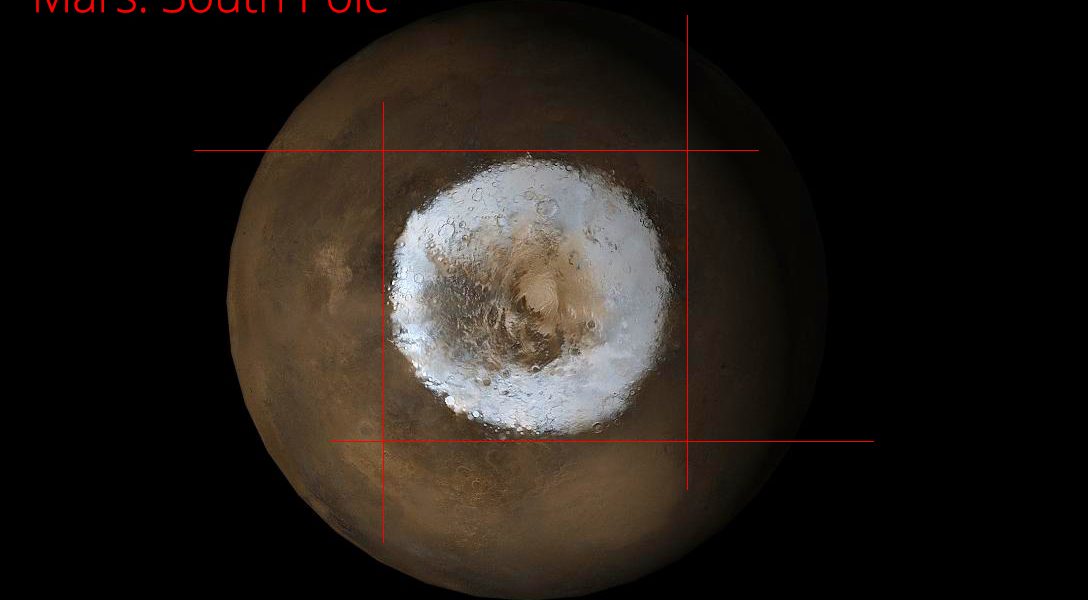 Detection of Lake Awakens Age-Old Question: Is There Life on Mars?

Those who believe we may one day inhabit our closest celestial neighbor got a major boost of confidence on Wednesday. In a discovery that’s sure to rekindle excitement about extraterrestrial life, a group of Italian scientists said it had found a large body of water running beneath the southern polar ice cap of Mars.

Unlike the anticlimactic finding of damp spots in 2015, the lake may constitute evidence for the existence of life forms at some stage in the planet’s history.

The underground lake — which runs a mile deep and 12 miles across — resembles its terrestrial counterparts in Greenland and Antarctica.

Their common characteristics meet some of the basic conditions for organisms to flourish. Thick ice protects the water from the carnage of radiation, which smothers any chance of survival on Mars’s surface.

“There are all the ingredients for thinking that life can be there, or can be maintained there if life once existed on Mars,” Enrico Flamini, the chief scientist of the Italian Space Agency at the time of the research, said in a press conference.

Some scientists are curious but skeptical about the implications of the observation. Even if the data proves accurate — if the bright reflections indeed indicate an underground reservoir — the salt content in the liquid may be too high to accommodate terrestrial organisms, let alone human beings.

Yet, there are extremophiles — microbes and other organisms that actually thrive under extreme conditions, including very high salt content. Such microbes have been found living in various places on earth that are actually saturated with salt.

The idea that life may once have roamed Mars has never waned in the public imagination, even if support from science has been meager at best. As Earth drifts closer to the Red Planet this Friday than at any time in the past 15 years — within 36 million miles — the chances that life exists, or once existed, on Mars seem at least marginally brighter.

The group that made the discovery, part of the Mars Express Mission, launched a radar instrument into Mars’s orbit in 2003. It detected bright reflections whose radar measurements matched those of lakes in Greenland and Antarctica. While researchers could not determine the exact volume of the liquid, they estimate it, from the trajectory of radar pulses, to be in the “tens of billions of gallons.”

Watch the videos below to learn more about the conditions on Mars.