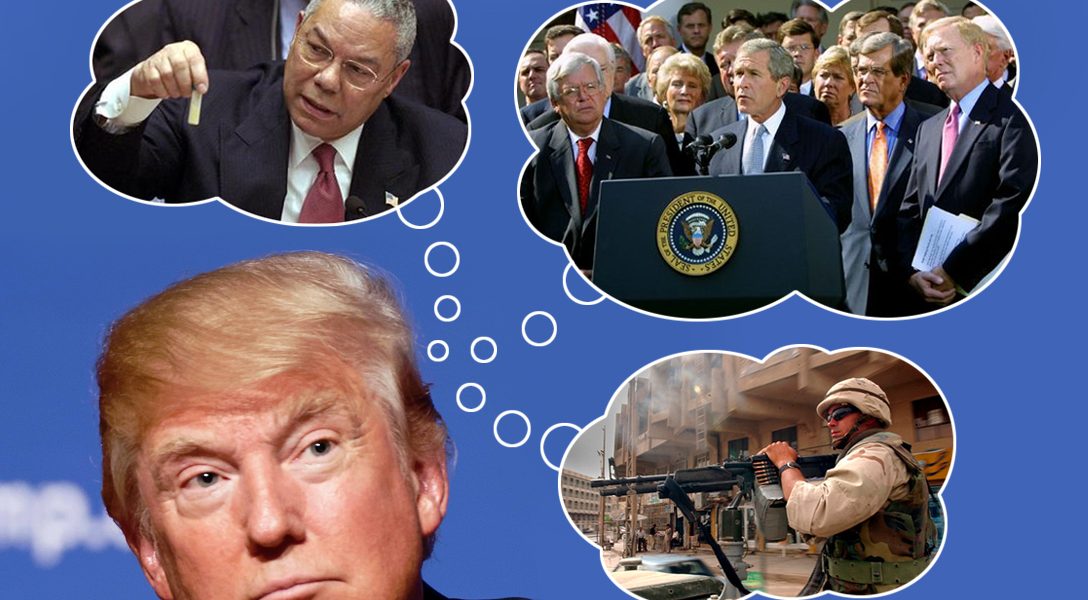 Could Donald Trump Launch Another War to Save His Skin?

A few days ago, the Trump administration moved to reimpose sanctions on Iran. This decision was hardly unexpected after Trump pulled the US out of the multinational nuclear deal with Iran in May. But could the escalation of tension be more about a troubled presidency at home than a strike at an ideological adversary abroad?

Since May, President Donald Trump has repeatedly threatened Iran on Twitter. Secretary of State Mike Pompeo and National Security Advisor John Bolton — two ultra-hawks on Iran — have also been ramping up the rhetoric. And Rudy Giuliani, former mayor of New York and now Trump’s personal lawyer, recently called for regime change at a rally sponsored by a controversial group opposed to the current Iranian government.

It seems as though the administration is itching for a fight — but would it really be willing to engage in yet another boots-on-the-ground Mideast war?

WhoWhatWhy’s Editor-in-Chief Russ Baker recently sat down with journalist/author/radio host Tom Hartmann to discuss how more than a few US presidents have viewed war: as just another means to improve their public standing. That cynical ploy could kick in with extra vigor for a president who feels cornered —  someone like Trump, facing unpopularity and the potential endgame of the Robert Mueller probe.

Baker draws parallels to George W. Bush’s own penchant for war. Before he was even elected, Bush actually confided to his ghostwriter how much a nice little war could do for his poll numbers — as reported in Baker’s book Family of Secrets: The Bush Dynasty, America’s Invisible Government, and the Hidden History of the Last Fifty Years.

There’s no question that going to war rallies the country, massively distracts attention from other matters, and totally consumes a media which feels pressure to prove its patriotic bona fides. For a president in trouble, it’s a win-win. For the American people, not to mention those on the receiving end of US military might, it’s something else entirely.