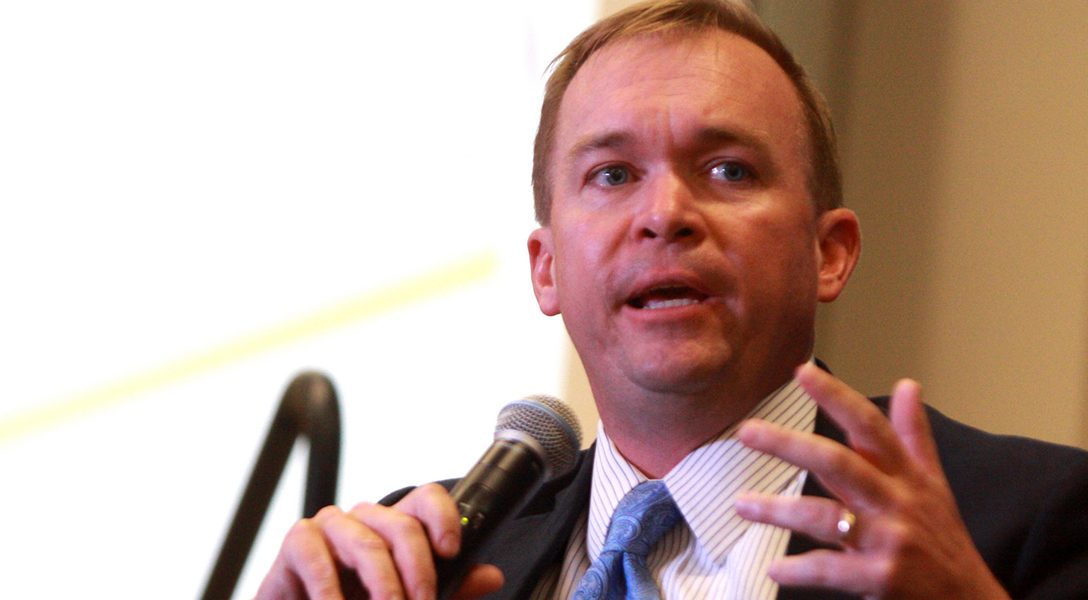 A promise to “drain the swamp” won Donald Trump the hearts of blue-collar Americans — who delivered him the presidency expecting that he would defend them from elites. Trump himself has already done plenty to dash those hopes, but on Tuesday Mick Mulvaney, the director of the Office of Management and Budget and interim head of the Consumer Financial Protection Bureau (CFPB), provided perhaps the clearest indication that those who are supposed to drain the swamp are actually some of the worst offenders.

In an admission that shows either ineptitude or brazen indifference, Mulvaney told a group of banking executives that lobbyists who donated to his campaign had a higher chance of getting their legislation heard and approved. Those who didn’t contribute didn’t even get to see him because, he explained, “We had a hierarchy in my office in Congress.”

Wall Street moguls remain the most generous patrons of Trump’s party. The FIRE (finance, insurance, and real estate) sector contributed more than $200 million to the two leading parties this election cycle, with 57 percent going to Republicans. Since 2010, payday lenders have funneled more than $13 million to members of Congress — most of it ending up in Republicans’ pockets. The securities and investment industry sent Mulvaney more than $100,000 in 2015-16, when he represented South Carolina in the House.

The Obama administration created the CFPB in the wake of the 2008 financial crisis to enforce transparency and accountability from banks and financial institutions, and to protect consumers from predatory lenders. From the beginning the agency’s expansive powers and independence has unnerved corporate executives and, in turn, the GOP.

Mulvaney has vehemently criticized the CFPB in the past, calling it “extraordinarily frightening” and a “sick, sad” joke. Since joining the bureau last November he has dropped a lawsuit against a group of lenders that allegedly imposed interest rates as high as 950 percent. An inquiry on the massive data breach at Equifax has languished. And the public may soon lose access to the agency’s popular complaints database, which stores feedback from consumers who had sub par experiences with particular banks. As if this weren’t enough, Mulvaney requested not one cent in the year’s first quarterly funding request to the Federal Reserve.

Watch the videos below to learn about how Mulvaney’s leadership of the CFPB could affect consumers.