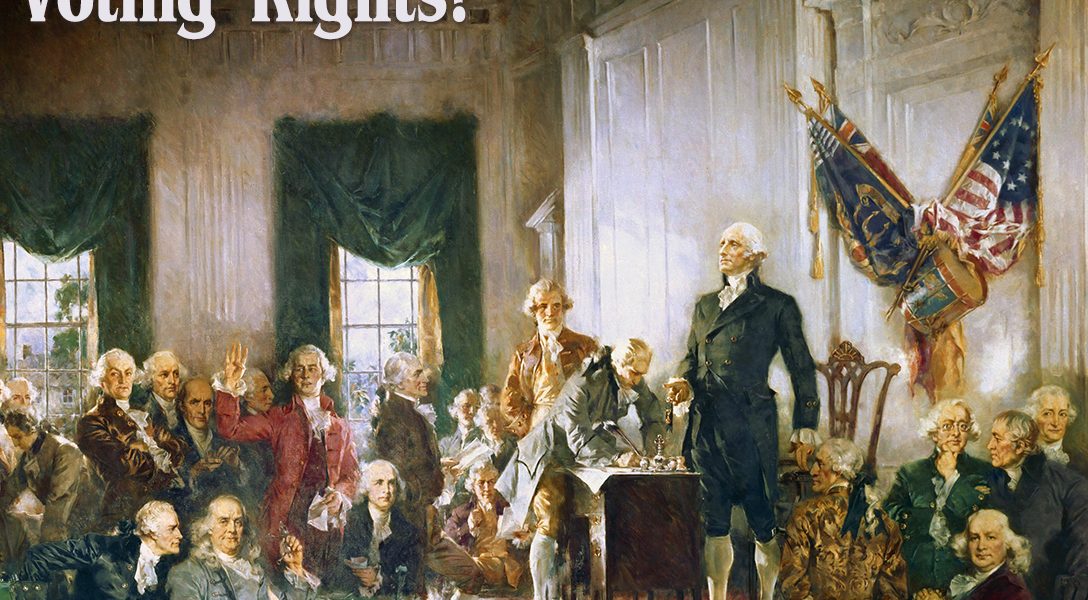 Scene at the Signing of the Constitution of the United States by Howard Chandler Christy Photo credit: Adapted by WhoWhatWhy from  US Capitol / Wikimedia
Elections Video

Is the Constitutional Right to Vote a Myth?

Every four years a host of celebrities, politicians, and talking heads encourage Americans to get out and vote. “It’s your right,” they say. We live in a democracy, and part of the responsibility of living in a democratic society is for its citizens to exercise their right to vote. Just like the Constitution says, right? Well…not exactly.

Every gun owner in America knows which amendment applies to them, and when people speak of an assault on the freedom of speech, we all understand that they are talking about First Amendment protections.

But what about our right to vote? It turns out that it’s not actually there. Granted, there are patchwork voting amendments saying that you can’t discriminate on the basis of race (the 15th), gender (19th), or age (26th), but nowhere does the Constitution guarantee the right to vote to all citizens.

While the framers of the Constitution are often praised for their crafting of the document, including important concepts such as the separation of powers, they couldn’t all quite agree on everything. They didn’t have uniform ideas about just who should be voting, and for what. While all seemed to agree that women shouldn’t vote, there was disagreement over whether slavery should be abolished. In the end, in order to form a union, the slavery issue was dropped, and no specific federal voting rights were enacted. The fine details were left to the newly formed states to be worked out.

Today, there are 50 states, the District of Columbia, 5 island territories, and over 13,000 election jurisdictions. Each one has different rules and regulations, such as when you can register to vote, what qualifications you need, and how the votes are counted. Different states have different rules about early voting. Some states, such as Vermont, allow incarcerated felons to vote. Others like Florida, will throw a felon back in jail if they ever try to vote. Texas requires a government ID to vote, while neighboring New Mexico does not.

These videos walk us through some of the dizzying voting laws, and the effects they have on disenfranchisement today. They also inform us of some of the bills in motion to try and correct these difficulties.