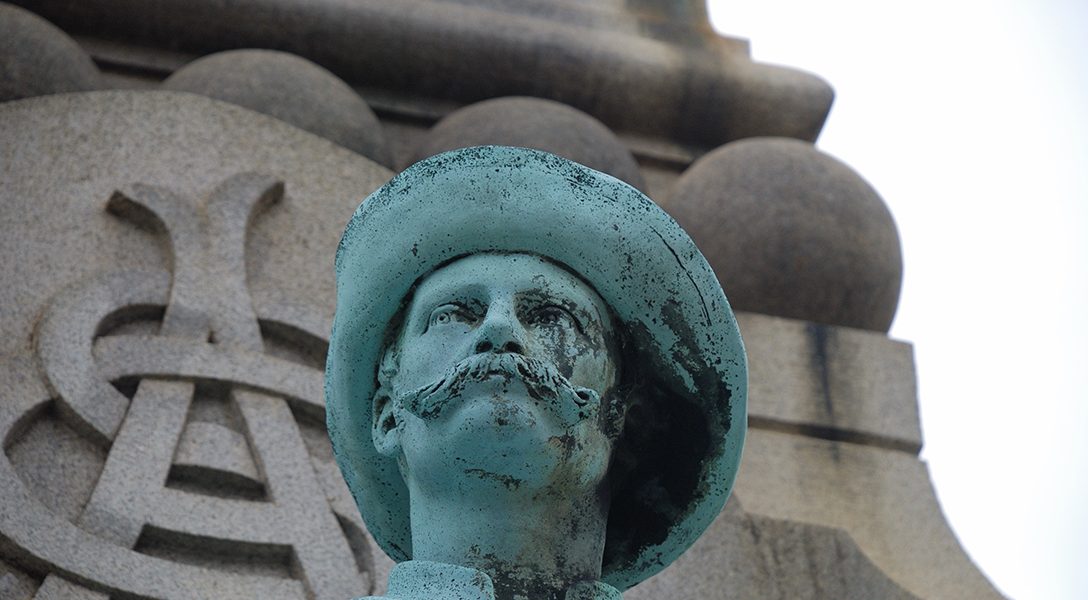 The movement to unmoor Confederate monuments gained momentum in 2015, when self-proclaimed white supremacist Dylan Roof posed with a Confederate flag and murdered nine African Americans in a Charleston, SC, church. Activists and politicians worked together to take down the flag in the state and abolish other reminders of hate and bigotry in the South.

Claiming that the movement to remove Confederate monuments is an assault on the country’s heritage and culture, alt-right groups have used the issue to increase their ranks and promote their message of white supremacy. They received a boost from the election of President Donald Trump, who not only refused to single out extremists for inciting the violence in Charlottesville, VA last week, but also falsely accused counter-protesters of violently “charging in without a permit.”

Ironically, but maybe not surprisingly, calls to dismantle more monuments have increased since Saturday’s rally — which came to a head when one of the white supremacists drove his car into a crowd of counter-protesters, killing one woman and injuring 19 others.

Baltimore was the first to act, moving to dismantle statues of Lee and his fellow Confederate General Stonewall Jackson.

The reactions were as polarizing as could be expected. Maine Governor Paul LePage said that razing a Confederate monument is like razing a tribute to a 9/11 victim.

But descendants of memorialized Confederate leaders advocated for the relocation or removal of their ancestors’ statues, so the country “can heal.”

Both the tragedy in Charlottesville and the ongoing battle over the preservation of Confederate historical monuments — perceived symbols of white supremacy — point to a growing rift between the ways different racial groups view America’s past. With more than 700 markers left, that rift isn’t likely to shrink.

The majority of Confederate monuments were built between the 1890s and 1960s, which happens to coincide with the establishment of Jim Crow. The statues were often erected during periods in which the South was sharply resisting political rights for African Americans.

Click on the videos below to discover some of the more nuanced arguments for and against the removal of Confederate statues.