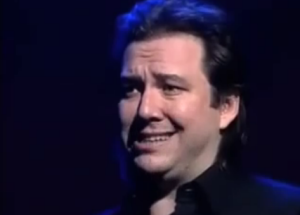 “You are free to do as we tell you”

In this bit, from the early 90s, the comedian/commentator Bill Hicks takes on George HW Bush, the first Gulf War, manipulating the masses, public attitudes toward war, popular indifference, and more. Funny and brutally direct, with some profanity.