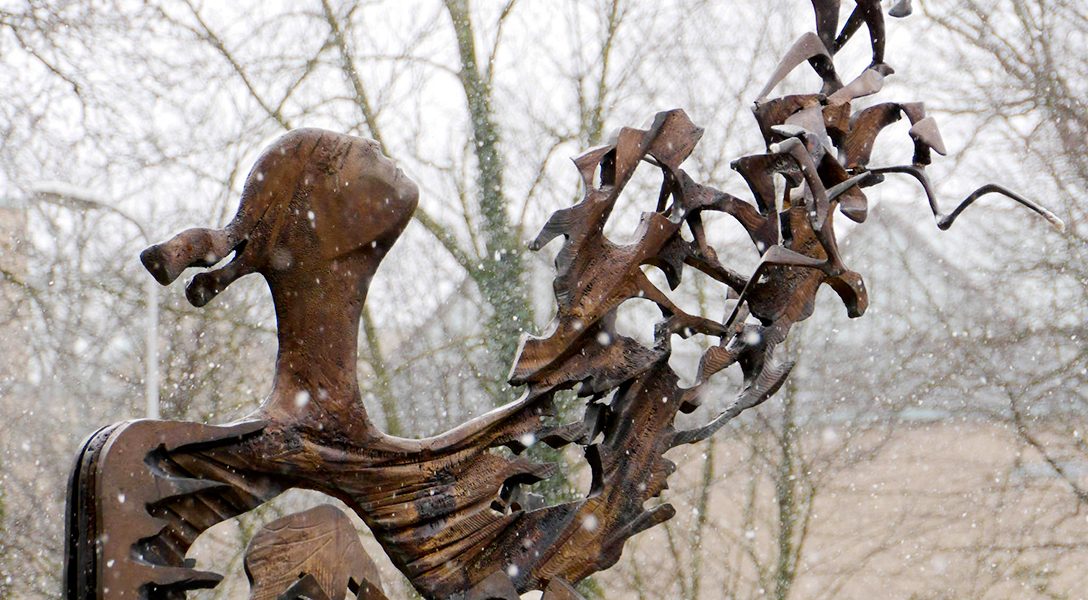 Today marks the 20th anniversary of the Chemical Weapons Convention (CWC) treaty entering into force. There have been a number of previous chemical weapons treaties, including the Hague Declaration of 1899, the Hague Convention of 1907, and the Geneva Protocol of 1928. But none have had the same positive effect as the CWC.

Since the CWC went into effect, over 95% of all declared chemical weapons have been verifiably eliminated.

The CWC bans stockpiling, development, transfer, and usage of chemical weapons. Nearly every country has signed on to the CWC. Egypt, North Korea, and South Sudan are notable exceptions, while Israel has signed, but not ratified the treaty.

The human species has truly been an innovator when it comes to killing. From the invention of the bow and arrow over 10,000 years ago, to the current nightmare of potential nuclear holocaust where literally all life on earth is threatened, our capacity to kill has developed exponentially.

But while nuclear weapons have the greatest potential to reap death and destruction, it could be argued that chemical weapons provide the most hideous manner of dispatching enemies, whether combatant or civilian.

Despite the signing of the early Hague and Geneva treaties, the true horror of chemical weapons became manifest in the 20th century. During World War I, the widespread deployment of mustard, chlorine, and tear gas led to over 100,000 deaths.

During the Iran-Iraq War, Saddam Hussein deployed chemical weapons, which he obtained from the US and other Western countries, killing thousands of Iranians and Iraqi Kurds.

While nuclear warfare has, so far, been curtailed past the initial US bombing of Hiroshima and Nagasaki, unfortunately the use of chemical weapons has extended into the 21st century. The most recent example has been the deployment of sarin gas in the Syrian civil war. On August 21, 2013, rockets containing the deadly nerve-gas sarin hit the town of Ghouta, killing more than 1,000 civilians. Many Western and Arab governments blamed the attack on Syrian President Assad, while the Syrian government and Russia blamed rebel groups.

On September 12, 2013, less than one month after the deadly attack, Assad sent a letter to the UN declaring his government’s accession to the CWC, and giving notice that Syria would immediately fulfill its treaty obligations. On June 23, 2014, the Organization for the Prohibition of Chemical Weapons (OPCW), the implementing body of the CWC, announced that the last of Syria’s chemical weapons had been removed from the country.

Another chemical attack occurred in the Syrian town of Khan Sheikhoun on April 4, prompting President Donald Trump to launch cruise missiles at a Syrian government airfield. While no official UN investigation of the incident has occurred yet, the US government holds the Assad regime responsible.

In some far-off and mostly forgotten world, conflict on the battlefield was seen as chivalrous, a noble and virtuous endeavor to be admired by young boys. The 20th century quickly dispelled these notions with the appearance of the machine gun, howitzer, trench warfare, nuclear bombs, biological and chemical weapons.

As the recent Syrian crisis has demonstrated, the accomplishments of the CWC and the sheer horror of chemical weapons have not prevented their use now in the 21st century. Let’s hope it’s the last time.

These videos provide an overview of chemical weapons and the CWC treaty, and help us understand its gains and limitations. We’ve also included a 1942 video from the Civil Defense Administration we presume you’ll find amusing, if not slightly disturbing.