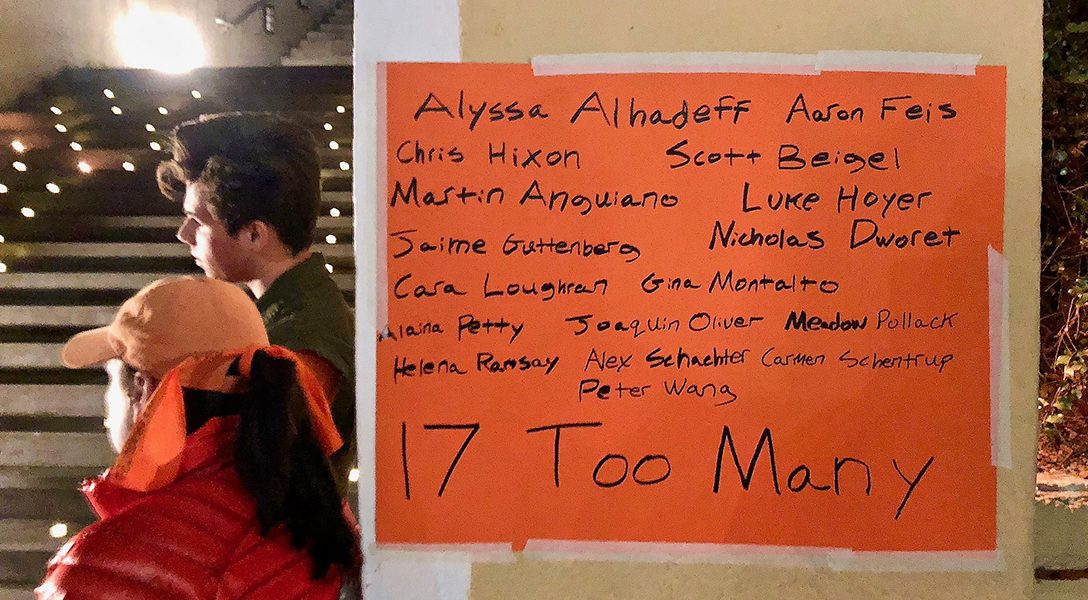 The AR-15: Weapon of Choice for Mass Shooters

When news broke Wednesday of yet another horrific mass shooting on school grounds, this time in the upscale community of Parkland, Florida, the all too familiar shock and sorrow were soon replaced by a sense of resignation that nothing would change.

Nikolas Cruz, an expelled student, opened fire in Marjory Stoneman Douglas High School and killed 17 people, three of whom were faculty members. Fourteen teenagers will never go to prom or attend college, but somehow this chapter feels like just another chapter in America’s tragic narrative about gun control instead of a turning point.

Three of the 10 deadliest mass shootings in modern US history have now occurred in the last five months. As with some other mass shootings, a trail of breadcrumbs led up to the Parkland massacre.

The FBI received a tip last September about an ominous YouTube comment from a user with the same full name as Cruz: “I’m going to be a professional school shooter.” After admitting that it couldn’t confidently identify the person behind the account, the bureau apologized Friday for failing to follow up on another tip it received in January from someone close to Cruz who was alarmed by his affinity for violence.

Cruz’s social media account was another clue. It featured images of firearms and a slaughtered toad. In fact, his erratic, often violent behavior so alarmed teachers that they prohibited him from wearing a backpack on campus.

Many an op-ed will be devoted to speculating about the shooter’s motives, which may once again be rooted in psychological dysfunction. But the social and political circumstances that enabled Cruz to execute his plan have remained relatively unchanged in the last six years.

Since the Sandy Hook tragedy in 2012, when 20 first graders were murdered, five of the six deadliest massacres have featured an AR-15, the most popular semi-automatic rifle in the US. The death toll cracked double-digits in every instance.

The popularity of the AR-15 can be largely attributed to its accessibility. Anyone without a criminal record or domestic abuse felony can buy a firearm in Florida. Because the legal age to purchase the AR-15 is 18, Cruz, who is 19, was old enough to buy an assault rifle.

Lax regulations combined with the weapon’s capacity for carnage make the AR-15 the dream weapon for mass shooters. Equipped with box magazines that hold 30 rounds each and can be replaced quickly, the gun can spit more than a hundred rounds in mere minutes.

Given the recent rise in mass shootings, it may not come as a surprise that a majority of Americans support stricter gun laws. But the National Rifle Association’s relentless lobbying and advertising, aimed primarily at the GOP, impedes efforts to enact comprehensive reform. Among the top 100 House beneficiaries of NRA donations, 95 are Republican.

Many of them, along with their colleagues in the Senate, are quick to shower victims with “thoughts and prayers.” What they have not done, however, is limit or ban the sale of semi-automatic weapons or require a mental health check to purchase a gun.

In the videos below, New York Times reporters discuss the AR-15, and ABC News reporter Pierre Thomas explains how the infamous Columbine massacre inspired a generation of copycat shooters.