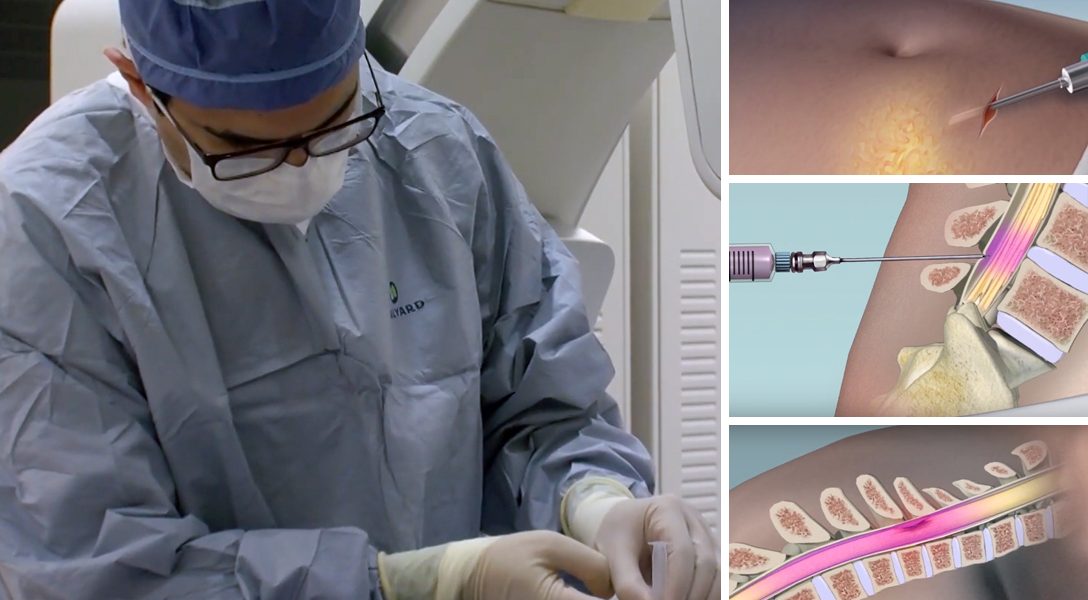 Here is a story from the wondrous world of regenerative medicine and surgery — an emerging field that gets more exciting every day. It is full of mysteries, surprises, heartbreak, and what some would call “miracles.”

Chris Barr, a 53-year-old from Lafayette, CA, seems to have experienced such a miracle. His story begins with a devastating, nearly fatal accident:

I went surfing at Ocean Beach, San Francisco… I fell, and went head-first into the ocean floor with enough force to break my neck in eight places. The worst break was at my C-3, which means you stop breathing…”

His spinal cord was not severed, but the trauma caused something called “myelomalacia,” or softening of the cord, high in his neck.

A friend pulled him out of the water and got him help immediately. But when Barr was conscious again, he learned that he was paralyzed from the neck down, and was ready to pull the plug on  life.

Nevertheless, he had surgery to decompress and fuse the vertebrae in his neck, and, after physical therapy, he regained limited use of his arms and legs. But six months after his surgery, his recovery reached a plateau — and he remained stuck in a wheelchair.

Then he heard about the work of neurosurgeon Mohamad Bydon and his colleagues at Mayo Clinic, who had been experimenting with stem cell — or regenerative — therapy to treat spinal cord injuries. And Barr became the first of Bydon’s ten experimental subjects.

The process: A biopsy is taken from the fatty tissue of the patient’s own abdomen. Stem cells  are obtained from the specimen, processed, and eventually injected into the lumbar spine in the lower back. The cells then migrate to the highest level of inflammation, which — in Barr’s case — is high in the neck.

What happens next is something of a mystery. As Bydon explains, “The cells’ mechanism of interacting with the spinal cord is not fully understood.” (It is also not yet understood why some respond to this therapy while others do not.) Bydon cautions, “Not all patients respond the same to the treatment and some don’t respond at all. As with cancer treatments, there will be super responders, responders, and non-responders.”

But Chris Barr was a super responder. In 48 weeks, he was walking again. His doctors said his results were “beyond expectations.”

Below is a short, dramatic video on this amazing story, told by the patient himself. It is followed by another short video that features Mohamad Bydon further explaining what happened.

If you want to learn more about this kind of therapy, it may help to know this technical description: “autologous (from the self) adipose tissue (fat) mesenchymal (embryonic connective tissue) stem cells.”

Note: Further study is needed to scientifically verify the effectiveness of stem cell therapy for paralysis from spinal cord injury. It is uncertain when or if this procedure will have FDA approval for routine clinical care.

The patient tells his story.