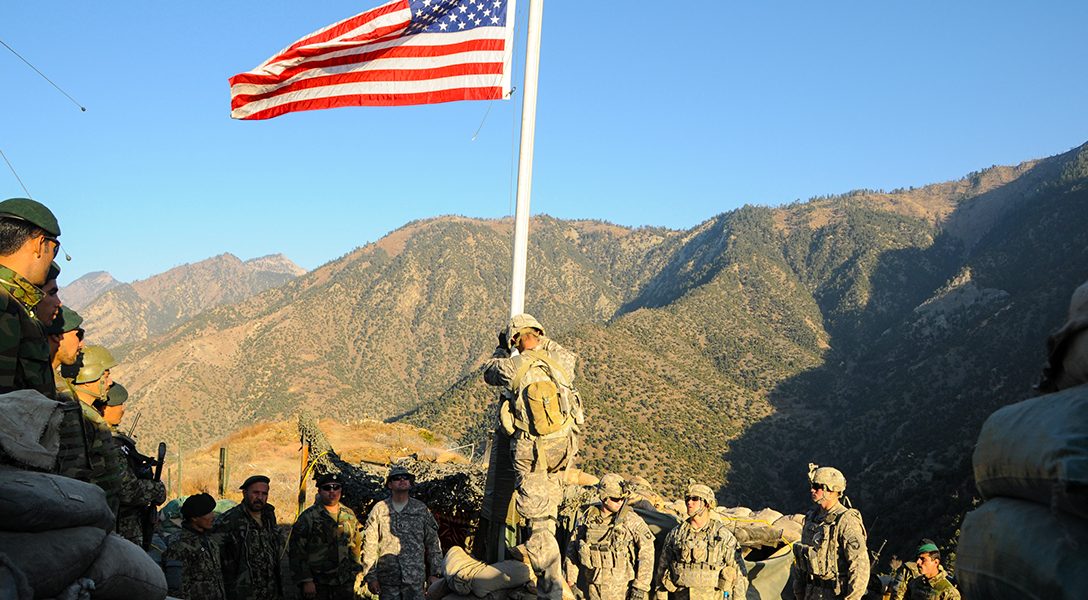 16 Years Later, The War in Afghanistan is a Quagmire

Sixteen years have passed since the US invaded Afghanistan — less than a month after the 9/11 attacks.

With the burning towers seared into the nation’s psyche, the Bush administration launched its “war on terror” against the Taliban — an Islamic fundamentalist group that assumed power in 1996 — for sheltering al Qaeda leader Osama bin Laden, the alleged orchestrator of the carnage.

Instead of swiftly dismantling the Taliban regime, the US-led coalition found itself in a brutal guerrilla war marred by strategic failures and confused foreign policy calls. Even as the country took steps toward becoming a democracy — culminating in the election of Hamid Karzai — bin Laden remained elusive, until he was killed a decade later.

The deeply unpopular war has spanned three administrations, drained nearly $800 billion in taxpayer dollars and resulted in more than 100,000 casualties — a vast majority being Afghan civilians. The coalition’s presence has declined but still looms large: roughly 11,000 military personnel remain as of August (The Pentagon erroneously put the number at 8,400 in 2016), down from the 2011 peak of 100,000.

Shortly after the US and NATO concluded their combat operations in 2014, defeated Taliban soldiers, sensing an opportunity to reclaim territory, emerged from the Pakistani mountains and launched an assault against the democratic government in Kabul.

Civilian casualties piled up under the twin rise of Taliban insurgents and US drone strikes, hitting a six-month high in July 2016. A year later, a suicide bomber in Kabul killed 150 people in a single blast. Both the US and Afghanistan negotiated a peace settlement with the Taliban to no avail.

Taliban ascension has derailed bipartisan efforts in Washington to bring about a partial or complete withdrawal of US troops. Back in 2013, Pentagon officials and the Obama administration seriously considered a proposal to reduce forces to under 1,000 by early this year.

Far from reversing US interventionism in costly foreign wars — as he has vowed to do on both Twitter and the campaign trail — Trump seems to be retracing his predecessor’s steps. In August, he announced the deployment of 3,500 additional troops to Afghanistan to quell the Taliban resurgence. That’s a $1 billion annual investment, according to Pentagon estimates.

Barring a stunning change in military strategy, the longest war in US history might just outlast a third administration.

In the videos below, President George W. Bush declares war on Afghanistan, and former CIA station chief Robert Grenier reflects on the conflict, explaining how he cooperated with Pakistani intelligence operatives to defeat Taliban soldiers.