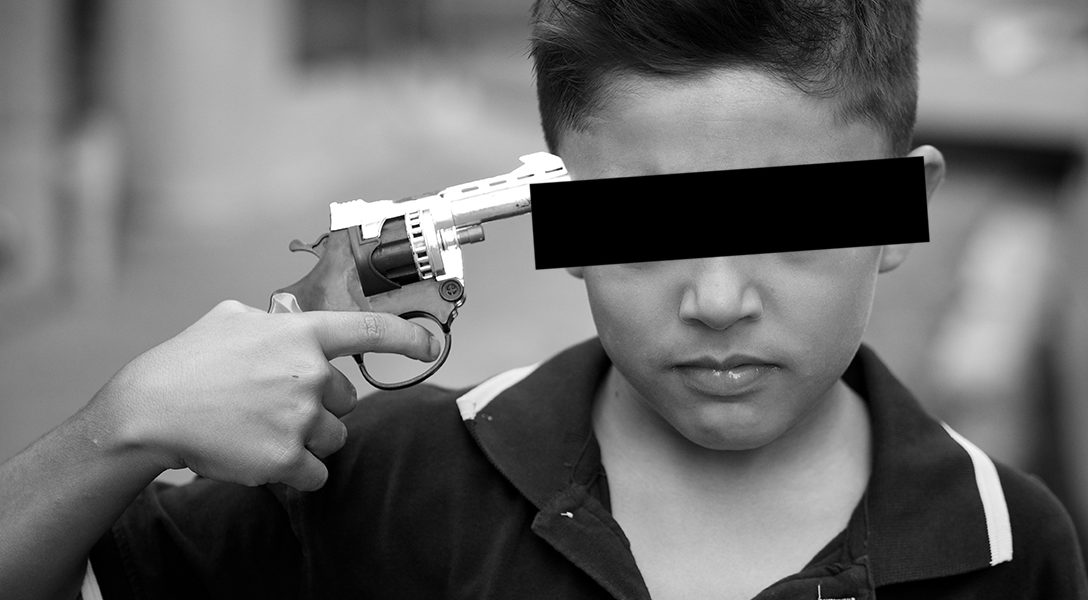 A school shooting with multiple fatalities is certain to make the headlines. After all, it’s major news when a kid gets shot and killed, right?

Well, not necessarily —  because the pervasive phenomenon of child suicides by gun is hardly mentioned in the news. The total number of these deaths far eclipses the number of school shooting victims while both events have effects on the community and their loved ones.

In 2017, the latest year for which there are figures, there were 729 suicides by firearms, which made up 41 percent of suicides among children under the age of 18, according to the CDC WONDER database. In the same year, there were 85 fatalities/injuries from mass shootings in schools, according to Center for Homeland Defense and Security.

Despite the high number of child suicides by firearm, we hear much less about this problem than school mass shootings. It should also be noted that some experts argue that mass shootings can also be a form of suicide, becuase the perpetrators do not expect to make it out alive, as Dr. James Densley, a founder of The Violence Project, told WhoWhatWhy.

No matter the shape or form, youth suicides wreak havoc on communities and have traumatic effects for those who lose a child or friend.

“When one child dies it affects the community,” said Kelly Drane, research manager at the Giffords Law Center to Prevent Gun Violence organization. “Their siblings and the school and the parents. When children are losing their peers, it has a toll on them.”

Child suicides have increased over the past decade, even though the number of children in the US remains approximately the same. The year 2017 shows the highest number of suicides by firearm since the CDC started tracking these figures in 1999. Since 2004, the highest rates of suicide by firearm were in 2016 and 2017.

“You have people who don’t know how to deal with their problems,” James Price, professor of public health at the University of Toledo, told WhoWhatWhy. “They can’t see the solution for their problems. What people don’t understand is most youths who die from suicide die from their first attempt. [If they survive] they don’t keep trying. Many suicides, by young people especially, are impulsive.”

Although other methods for suicide exist, firearms remain the most lethal. According to American Association of Suicidology, an estimated 85 to 95 percent of suicide attempts involving firearms succeed. The easy availability of firearms promotes the rate of success, making the attempt a finality rather than a cry for help.

About 4.6 million children in the US live with unsecured firearms, where accessibility plays a major factor, Drane said. In 85 percent of firearm suicides the child or teen had access to a firearm in their home or a relative’s home; they’re not going out to buy the weapons, Price added.

Parents and caretakers may not realize how easy it is for their child to make the decision, or may be unaware that their child is struggling with thoughts of suicide.

When Price was conducting research in the 90s on a group of second- and third-graders, he found that the children already knew where the firearms were located — and some had even touched them. The parents had no clue.

In general, federal and state research is very limited. Price told WhoWhatWhy that he and his colleagues all fund gun-violence research out of pocket.

The CDC hasn’t been allowed to use any of their funds to “advocate or promote gun control” since 1997, said Courtney Lenard, senior press officer at the National Center for Injury Prevention and Control at the CDC. Though they aren’t explicitly prohibited from conducting research on gun violence, the CDC does not receive direct funding for firearm-related research, and only studies firearm violence when it is included under broader categories like youth violence or domestic violence.

Since research is limited and therapy programs in public schools are underfunded, one might hope the federal government would enforce safer gun violence laws. But this isn’t the case.

Some states have child access prevention laws that hold gun owners responsible for gun violence committed by a child with easy access to firearms.

Price notes that many communities, especially small towns where personal relations run deep, are reluctant to prosecute traumatized parents, even if it was a parent’s lax treatment of firearms that enabled a child suicide.

“There hasn’t been a lot of progress federally on this issue,” Drane said. “A federal law would benefit children, but I’m not sure we’re there yet, unfortunately.”

To Call for Help