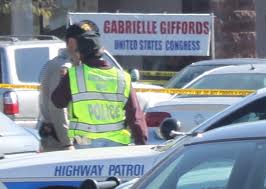 We’re going to occasionally list the types of reporting we would do, the sort of thinking we would apply, and the questions we would ask—were we already fully funded and able to mount our own investigative dig into more stories.

Here are some initial issues worth pursuing regarding the shooting of Gabrielle Giffords—and potentially relevant in numerous other high-profile shootings:

-What is the profile of the victims of these “lone nut” shooters? Is there any identifiable pattern in terms of their political views?

-Study the alleged shooter, Jared Loughran, to try and identify any key events that may have transformed him beyond being eccentric into something more dangerous. Was there a specific moment or occurrence that needs attention?

-Study the evidence. How common is it for people to leave the sort of evidentiary trail that “lone nut” shooters increasingly do? In his case, the letter in the safe? In this and other cases, Youtube videos, etc.? Given that such actions are not only self-incriminating but effectively dominate the news accounts and discourage further investigation, should we be aware of some kind of new pattern evolving? If there’s a new pattern, what might it mean?

-Rather than engage in hot-headed accusations, simply ask those like Sarah Palin who have used imagery and language related to violence what their precise goals and expectations were when they and their team came up with this approach. They ought to be willing to clarify that.