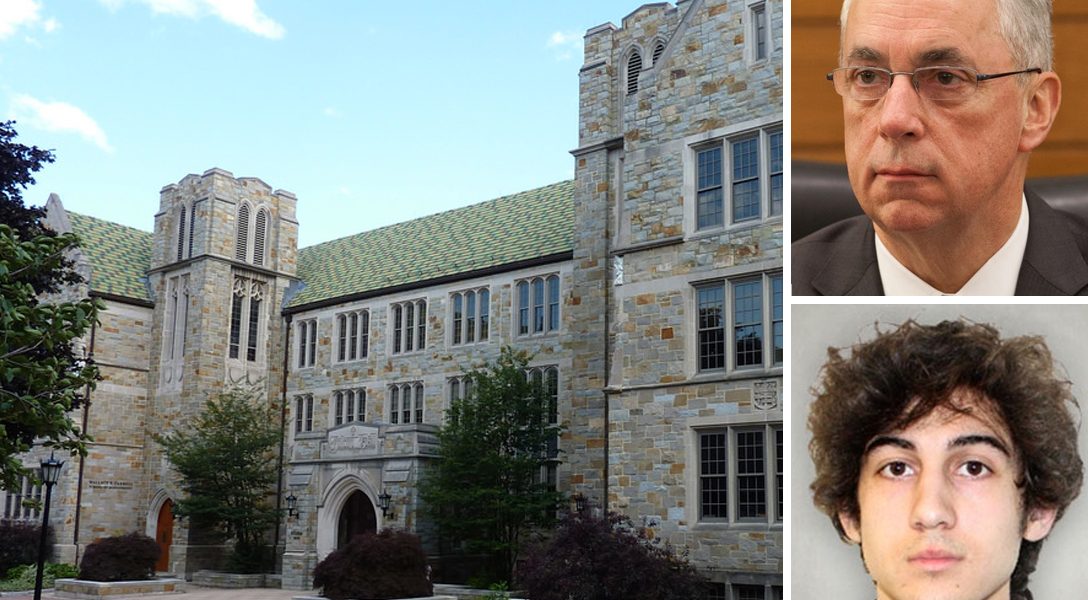 Tsarnaev Judge Did Not Practice What He Preaches

The U.S. District Court judge who presided over the trial of convicted Boston Marathon Bomber Dzhokhar Tsarnaev seems to have forgotten crucial details about the jury pool he interviewed during voir dire. Why do I seem to remember more about this aspect of the trial than the presiding judge?

When I heard that Judge George O’Toole would be speaking at Boston College, I was intrigued, as the case against Tsarnaev is still pending appeal. I wondered if he would reveal new details about the cases over which he presided. Instead, he spoke more generally, waxing poetic about the responsibility of the court to ensure defendants a fair trial.

In setting a high bar for trial judges, O’Toole said that the first requirement for fairness is a jury pool that represents a cross-section of the community. He asserted that randomly selecting jurors for voir dire — the part of the trial where prospective jurors are questioned by the judge and competing attorneys — is the best way to guarantee such a jury.

This immediately caught my attention. Because what actually happened at the Tsarnaev trial presents a very different picture from the ideal that O’Toole painted for the conference’s attendees.

The almost all-white jury that O’Toole impaneled to render judgment on Dzhokhar Tsarnaev offered a stark contrast to the judge’s own prescription for fairness.

Of the initial pool of 1,373 potential jurors summoned in the original trial, all but 64 were disqualified from consideration, and only one of the 64 was black, according to a Boston Globe article.

When I asked Judge O’Toole about this lack of diversity considering his opening statements about the importance of ensuring diversity, he responded that he didn’t think the numbers I cited were right.

“We can’t say that’s the only number of people that could have been qualified, there’s no point going further when we had enough [potential jurors] to serve our needs” O’Toole said “You can’t say that only 64 people out of 1300, or whatever, were able to do it. I don’t think that’s an accurate assumption,” he added.

O’Toole presided over the hearings and interviewed each juror in person. Could he truly have not noticed that the overwhelming majority of the jurors were white? Could he have forgotten this already? After all, it was the most high-profile case of his career, and the bombing happened just three years ago.

Journalists attending the trial certainly took note of the jury pool’s racial composition. Andy Thibault, a legal writer and researcher who attended some of the voir dire (and contributed reporting to WhoWhatWhy), noted in an interview with WGBH, “The most striking observation is that there have been so few people of color. So that whenever there is a person of color called during voir dire there is a great flutter of Twitter activity.”

“I would estimate that there have been fewer than six black, dark skinned people” Thibault said. “Well, just on the element of people of color, you probably wouldn’t get fewer unless you went to Scandinavia or something.”

Could O’Toole have done more to ensure a more diverse jury for the defendant? Tsarnaev’s lawyers may argue that very point in the appeal phase currently underway. Last January, Tsarnaev filed a motion for appeal, which is still pending. If granted, Tsarnaev will receive a new defense team. The defense also filed a motion arguing that the jury failed to fulfill the fair-cross-section constitutional requirement.

Perhaps a more minority-representative jury would have greeted the prosecution’s case with some healthy skepticism. For example, had a Muslim served on the jury, the government’s misrepresentation of Islam would not have flown under the radar.

Remember FBI Special Agent Steven Kimball’s testimony about the background photo on Tsarnaev’s private twitter account, in which he claimed that it showed the holy city of Mecca?  In fact, the city depicted in the photo was the Chechen capital of Grozny. Kimball also misidentified an innocuous quote from the Quran that Tsarnaev tweeted, presenting it as a quote from Muslim cleric Anwar al-Awlaki, the al-Qaeda spokesman who was killed in an American drone attack in 2011.

I also remember the government’s dedicating an entire day of testimony to discussing a black flag below which Tsarnaev had been photographed — a banner that most reporters identified as a “jihadi” flag. The flag is actually a Shahada flag that muslims use to declare their belief that Allah is the one God.

Were these blatant mischaracterizations clumsy mistakes, or were they intentional? As WhoWhatWhy reported during the trial in 2015, the prosecution’s attempts to portray Tsarnaev as a highly religious jihadist seemed designed to appeal to some latent Islamophobia among the jurors rather than a dispassionate consideration of the evidence.