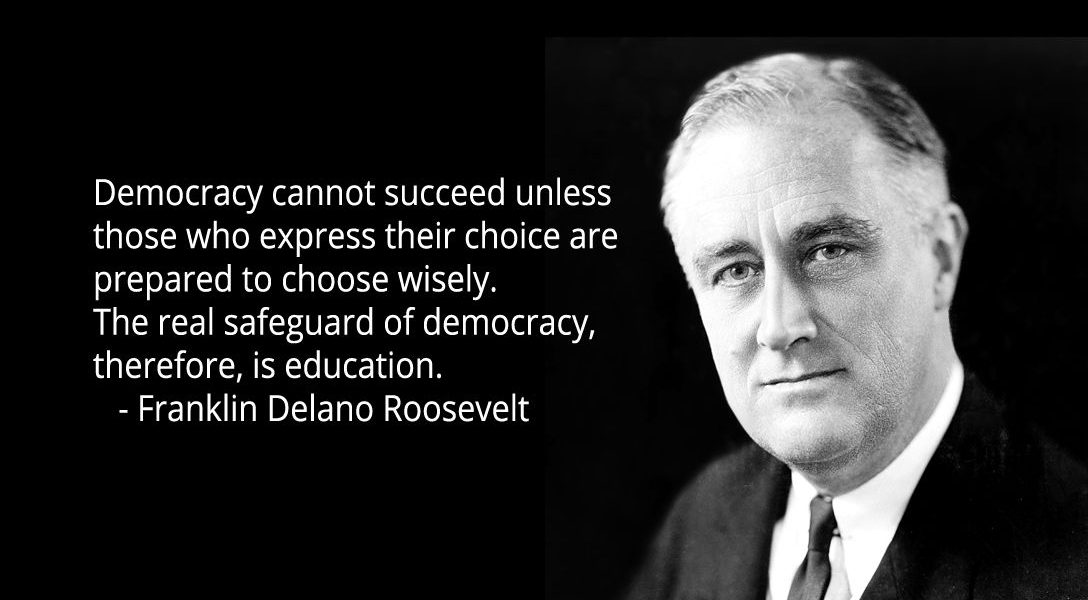 Three quarters of a century ago today, the Axis powers of Germany and Italy declared war on the United States.

When I learned of this anniversary, my first thought was about the irony. The United States, victorious in World War II while trumpeting the causes of decency, has put into power a government whose rhetoric and “dog whistles” about race and ethnicity echo in some respects those of the German Nazis and Italian Fascists.

Given America’s abysmal educational system and the fact that so many citizens do not read books, it is unlikely that most of those yelling or thinking “Heil Trump” have any sense of what they are calling for.

Sadly, they do not know where their misplaced anger could lead.

Even more sadly, they do not understand that their real enemy is not black people, or gays, or Jews, or Mexicans, or Muslims.

And they do not see how they have forever been the cannon fodder and dupes, not of an ethnic or national or religious group — but of a relatively small number of people of all sorts who have long managed to game the system for their personal advantage and comfort.

Plenty of these “one percenters” are “solid white folk” who attend the same sporting events and perhaps churches as do their unwitting dupes. They make a lot of money, and they maintain their dominance by spreading misinformation about the way things actually work.

The first step to getting out from under their malign influence is to understand that government per se is not the enemy.

Properly marshaled, and influenced by an informed and involved populace, the government can protect individuals from the excesses and ravages of unlimited greed.

No other institution today has the power to rein in international corporations.

There are important lessons to be learned from the history books that  too few people read today. The fight against Hitler’s Nazis and fascists of all stripes was not won by blind faith in a home-grown demagogue, but by defending the laws and institutions (including the right to dissent from those laws and institutions) that underlie what George Washington called “the great experiment for promoting human happiness.”

Which is why it is worth reviewing a few choice quotes from President Franklin Delano Roosevelt, who so effectively rallied Americans to defend the principles of democracy in World War II.

“Remember, remember always, that all of us, and you and I especially, are descended from immigrants and revolutionists.”

“Democracy cannot succeed unless those who express their choice are prepared to choose wisely. The real safeguard of democracy, therefore, is education.”

“If you treat people right they will treat you right … ninety percent of the time.”

“The liberty of a democracy is not safe if the people tolerate the growth of private power to a point where it becomes stronger than the democratic state itself. That in its essence is fascism: ownership of government by an individual, by a group, or any controlling private power.”

While pondering these words of wisdom and decency, keep in mind that President Roosevelt, in a heinous action driven by fear, interned more than a hundred thousand people of Japanese ancestry on the West Coast, the majority of whom were American citizens, during World War II.

The moral:  Be informed, be active, be ready to criticize, and oppose, any individual who strays from fundamental standards of justice.