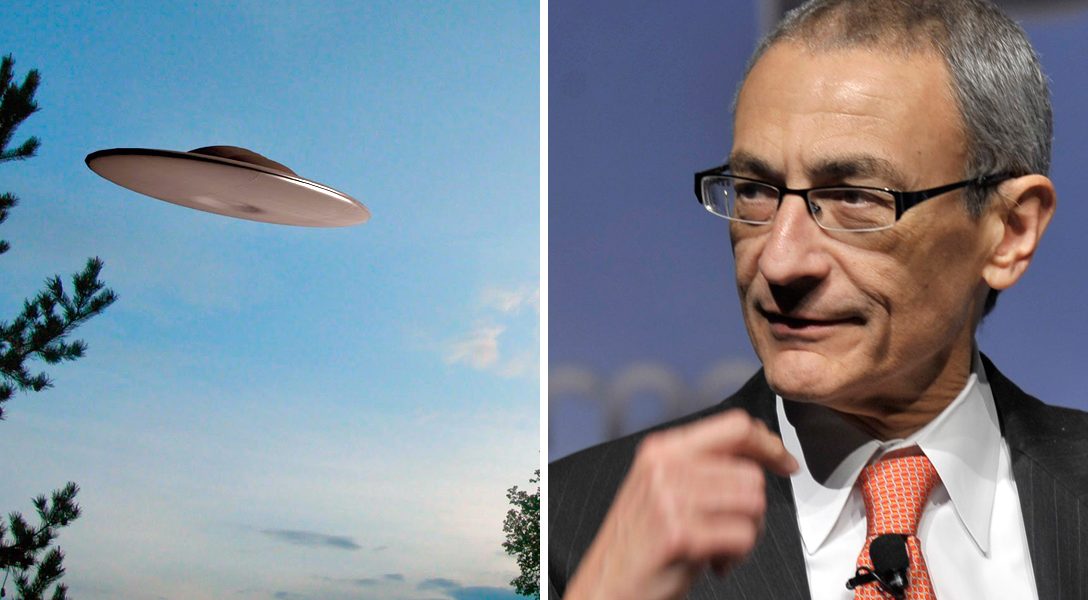 The Truth Is Out There, Podesta Says

Hillary Clinton’s campaign chairman John Podesta, a long-time advocate of declassifying information on UFOs, said he has discussed this issue with his candidate.

“I think I’ve convinced her that we need an effort to kind of go look at that and declassify as much as we can, so that people have their legitimate questions answered,” Podesta told 8 News Now, a Las Vegas CBS station.

Last year, after leaving his job as White House counselor, Podesta famously tweeted that his “biggest failure” of 2014 was “once again not securing the disclosure of the UFO files.”

Podesta told the Las Vegas station that the issue is “a little bit of a cause of mine.” He added that “people really want to know what the government knows, and there are still classified files that could be declassified.”

On one UFO message board, Podesta’s comments were largely met with skepticism as people noted that he and the Clintons already had a shot at declassifying all UFO-related documents.

Others reacted with humor. As Podesta’s comments came ahead of Nevada’s Democratic caucuses, one commenter responded with: “We should be honored that crazy UFO believers are now a large enough demographic to receive pandering.”