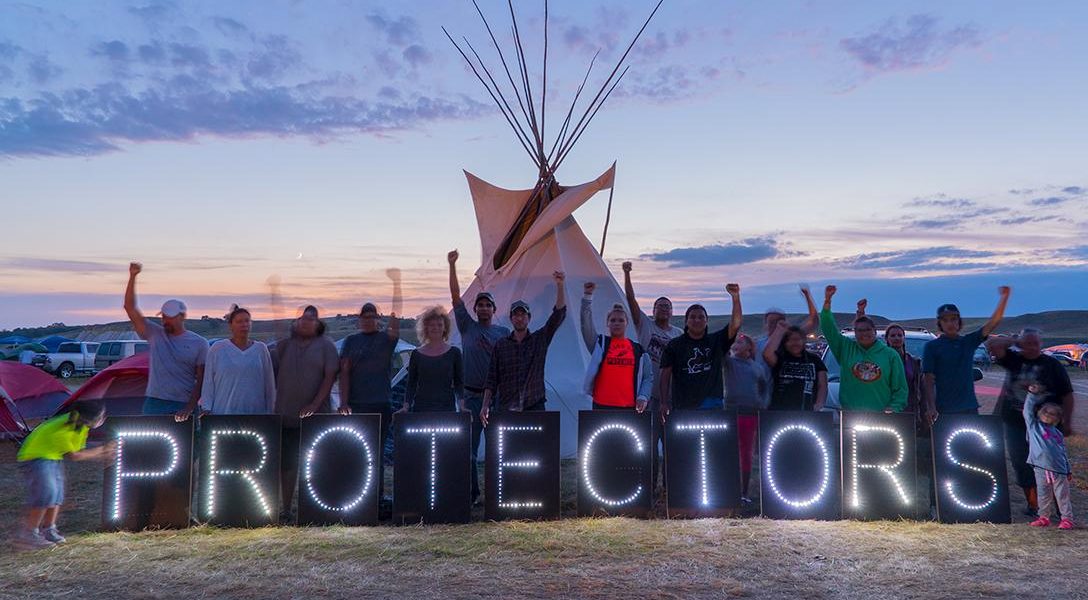 Thanksgiving. It’s that special day when we all gather around the table with family and share a good meal together. Mom cuts the turkey and the kiddos break the wishbone. The smell of pumpkin pie wafts in from the noisy kitchen while cheers come from the living room after a touchdown has just been scored. Uncle Ernie sits uncomfortably on the couch with his “Make America Great Again” ballcap, next to Aunt Liz wearing her “I’m With Her” T-shirt. In a nearby mall, shoppers get in line for that cheap flat-screen they don’t really need, hoping they don’t get trampled as they sip coffee to stay warm and awake.

These are some of the standard Thanksgiving images we may cherish from our own experience. But the archetypal image of Thanksgiving is surely a scene we all remember from grade school: the Pilgrims gathered around a rough wooden table outdoors with the Native Americans who have come to take part in the celebration—after the natives had taught the English settlers how to survive in their new home.

This picturesque image of two peoples meeting in peace and harmony is mostly a fairy tale, at odds with the later history of conflict between the two groups.

A horrific reminder of this grim reality unfolded this past Sunday night when law enforcement officials reacted violently to unarmed protesters at Standing Rock Sioux Reservation in North Dakota.

Police fired rubber bullets, concussion grenades, tear gas, and water hoses, leaving many with serious injuries. The temperatures were below freezing when the police used the water hoses, leading to an onset of dangerous hypothermia in some cases.

The protests revolve around an oil pipeline that is scheduled to be built in the area. The Standing Rock Sioux tribe fear that the pipeline would contaminate their water supply, and will traverse through what they say is sacred burial land.

One of the protesters, Sophia Wilansky — a 21-year old NYC resident who came to Standing Rock several weeks ago — was severely injured, with destruction of the arteries, nerves, muscles, soft tissue, and bone of her left arm. Surgeons are trying to save it.

Law enforcement officials claim another protester had thrown a propane pipe at her, but a witness said the police fired concussion grenades at them, and one hit her arm.  Medical personnel say the injury pattern is consistent with a concussion grenade.

More important, according to The New York Times, Standing Rock officials said grenade fragments were removed from her arm.

Another woman reportedly suffered an eye injury due to a fired rubber bullet.

As families and friends all across America are enjoying one another’s company and good food, we here at WhoWhatWhy hope that you will take a moment and ponder the real meaning of Thanksgiving, that you will consider our deplorable track record with Native Americans in this country, and how we can work to make it better. And lastly, we hope that you will not forget the Standing Rock Sioux Tribe and the protesters gathered there in common cause with them.