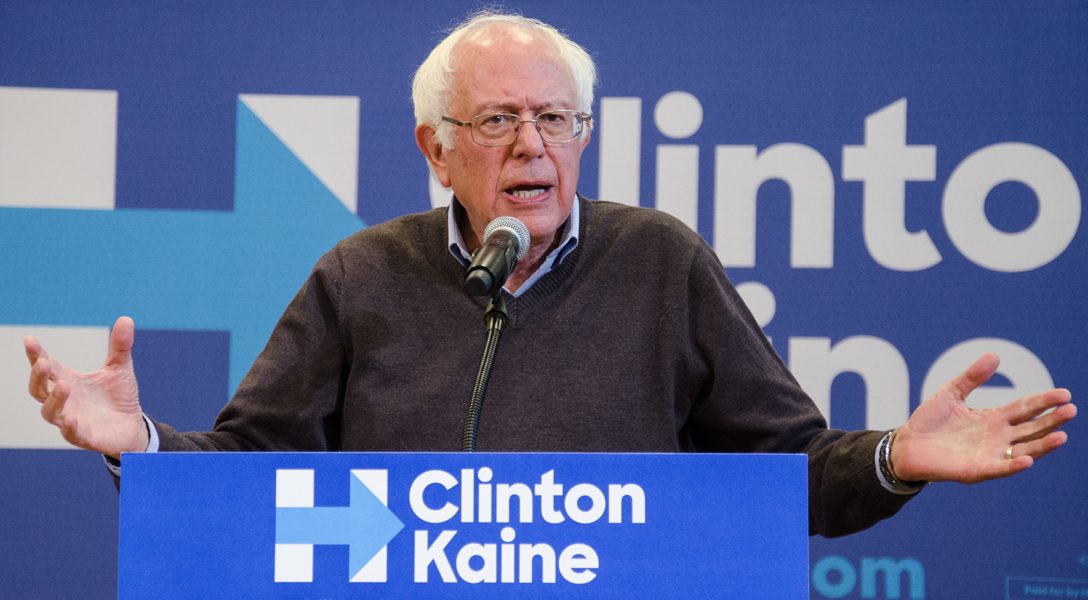 Sanders Takes the Sting Out of Wikileaks Revelations

In any other presidential election, the files released by Wikileaks would likely have had a major impact on the race. It’s not necessarily that they directly tied Hillary Clinton to any wrongdoing, but that the inner workings of a campaign must seem odious to any voter still buying into the notion that politics is not all about money and influence.

Even without a smoking gun, the constant drip of stories created by emails from Clinton campaign manager John Podesta would be difficult to overcome for any candidate.

But this isn’t any other presidential election.

The revelations never gained any traction because, first and foremost, Donald Trump is a terrible candidate. Any bad news about Hillary Clinton seems to be eclipsed by even worse news about The Donald. That only works, however, because the mainstream media, after having ridden Trump’s coattails to great ratings, is determined to make sure he never gets to the White House. This powerful combination has led to Trump’s various missteps headlining most news outlets, while the latest disclosures on the Clinton campaign running below the fold.

There is, however, one demographic that could have been very much affected by the various hacks: Bernie Sanders voters.

At the conventions, WhoWhatWhy extensively covered the deep divide between many supporters of the Vermont senator and the Democratic establishment (see our stories here, here and here). However, as time passed, it seemed as though this rift healed a bit — once again aided by Trump. The GOP nominee never made a serious play to attract Sanders supporters, and instead opted to largely appeal to his own base.

The Podesta emails would have provided Trump with an ideal opening to either try to pull these voters to his side (admittedly a tall order), or at least convince them to stay home or vote for Green Party candidate Jill Stein.

But the GOP is even screwing that up. House Speaker Paul Ryan (R-WI) told his supporters that it was important to elect a Republican senator so that Sanders does not become Budget Committee chairman. The Vermont senator seized on that statement and urged his supporters to make this happen.

The result: Using the hashtag #ThanksPaul, Sanders tweeted Monday that his backers had raised $2.4 million in a week to help Democrats take back Congress.

Sanders himself is the biggest reason why many of his supporters will likely vote for Clinton. He tried to urge the party to unite at the convention and has been an important surrogate on the campaign trail. When it was revealed a couple of days ago that Podesta had called him a “doofus,” and that the Clinton campaign considered painting him as an ineffective lawmaker, the senator diffused the situation by telling The Washington Post: “Trust me, if they went into our emails — I suppose which may happen, who knows — I’m sure there would be statements that would be less than flattering about, you know, the Clinton staff. That’s what happens in campaigns.”