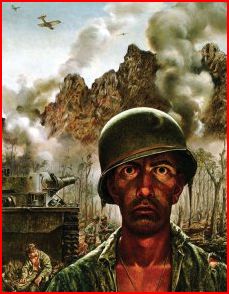 In his book “From Here to Eternity,” James Jones described the magic moment when his lead character first picked up a bugle. The young man had loved the blues, and now he would be able to play them. He said the blues “gave him something, an understanding, a first hint that pain might not be pointless if you could only turn it into something.”