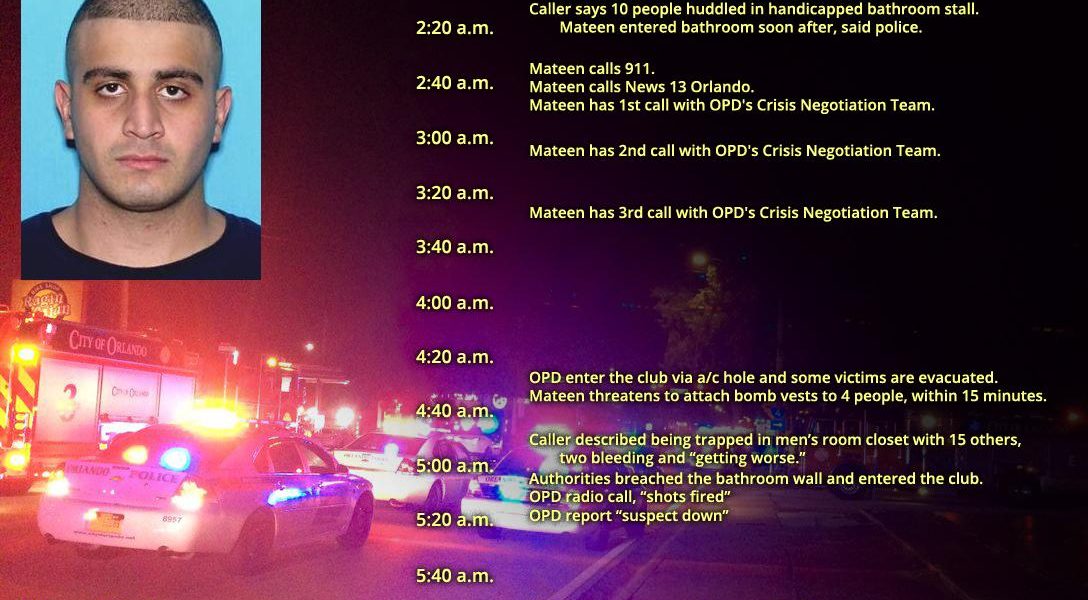 I must be stupid.

I cannot seem to understand, no matter how many articles and news reports I consume, what took place for most of the time that terror reigned at the Pulse nightclub in Orlando.

As far as I can tell, Omar Mateen entered the club after an initial exchange of fire with a security guard. With a semiautomatic rifle and pistol, Mateen methodically shot scores of people over the course of just minutes, at times weeding through bodies on the floor to finish off those he had wounded.

He then entered bathrooms and, with a few exceptions, remained there for nearly three hours, while a large cluster of men and women were packed into just several stalls, hiding from him. He occasionally shot through the stall doors. He presumably could have shot open the door, and killed everyone inside, but did not, and some survived.

What did he do during the next three hours? Besides terrorizing those in the bathroom and killing some, he entered into phone discussions with representative of the 100-or-so police that had arrived on the scene. He also seems to have gone out into the club at large a few times.

Early on, we’re told, Mateen made a brief call to 911, and another to a TV station. We know he claimed to have accomplices, and hostages, and explosives. So we understand why the authorities didn’t just rush in.We also know that he may have spent about 30 minutes in total on the negotiation calls.

But those calls, and the thin accounts we’ve heard of negotiations, don’t account for three hours, or anything close to it. And three hours is, in such a situation, a very, very long time.

What strikes me, besides the fact that the media doesn’t seem to be answering these questions — or even asking them — is that we are left with this enormous, weird gap in the story.

If you have further information on what took place, please contact us at info@whowhatwhy.org .   If you have thoughts or would like to ruminate on this, please comment below.