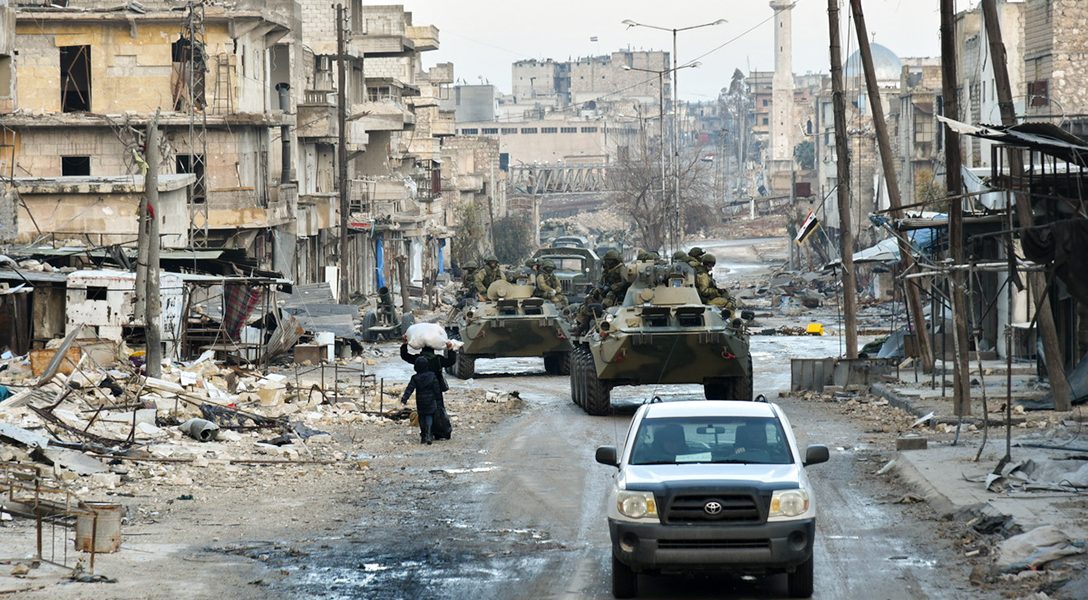 Much Ado About Syrian “De-escalation Zones”

Outlets sympathetic to the Syrian regime on Sunday hailed what they framed as the beginning of the “systematic destruction” of the Islamic State “across Syria.” But while international media also reported a tenuous reduction in fighting between the army and the rebels, experts are still debating the meaning of the four “de-escalation zones” in Syria which Russia, Turkey and Iran announced on May 4.

Even the signatories to the agreement, struck in Astana, the capital of Kazakhstan, appear to have significant reservations about how much it can achieve. Turkish President Recep Tayyip Erdogan’s said days earlier that it would only solve “50 percent” of the chaotic and convoluted Syrian conflict.

“I don’t know what it means other than more cease fire,” Joshua Landis, a prominent Syria expert at the University of Oklahoma, told WhoWhatWhy.

Pretty great photo of SDF/YPG foreign fighters in Tabqa. Love the contrast of the little green bike and tank. pic.twitter.com/GVeCRdd94g

The memorandum, a copy of which was published on the website of the Russian foreign ministry, says that the war against ISIS and al-Qaeda-linked groups that are omnipresent in rebel-held areas will continue, even in the safe areas designated in four key parts of the country. Previous local ceasefires have seen the regime, Russia and Iran continue to target their opponents in those areas, under the guise that they are fighting extremists.

Nevertheless, there have already been some signs that the agreement could pile pressure on ISIS and other jihadist groups in Syria. One of the four areas mentioned in the agreement, near the capital Damascus, has already seen bitter infighting between al-Qaeda’s former branch in the country and other, more moderate rebels. At the same time, there has been some speculation that the ceasefires could enable the government to redirect forces to the fight against ISIS in the eastern city of Deir Ezzor, which has been besieged by the extremists for several years now.

Experts say we can expect to glean more about the significance of the agreement after Erdogan’s meeting with US President Donald Trump, scheduled for mid-May in Washington, DC. The primary US and Western ally in the war against ISIS is neither the regime nor the rebels, but rather the Kurds whom Turkey considers an enemy. Erdogan has recently bombed Kurdish-held areas in northern Syria, testing US resolve there.

Now Trump’s administration is widely expected to cold-shoulder Turkey’s demand that it drop its partnership with the Kurds. How this might impact Turkey’s behavior in Syria and the “de-escalation zones” is still uncertain. WhoWhatWhy is following the developments closely.

Kurdish and British girls fighting Isis side by side in Syria #Raqqa via @Hevallo pic.twitter.com/XlHqGLBNbw