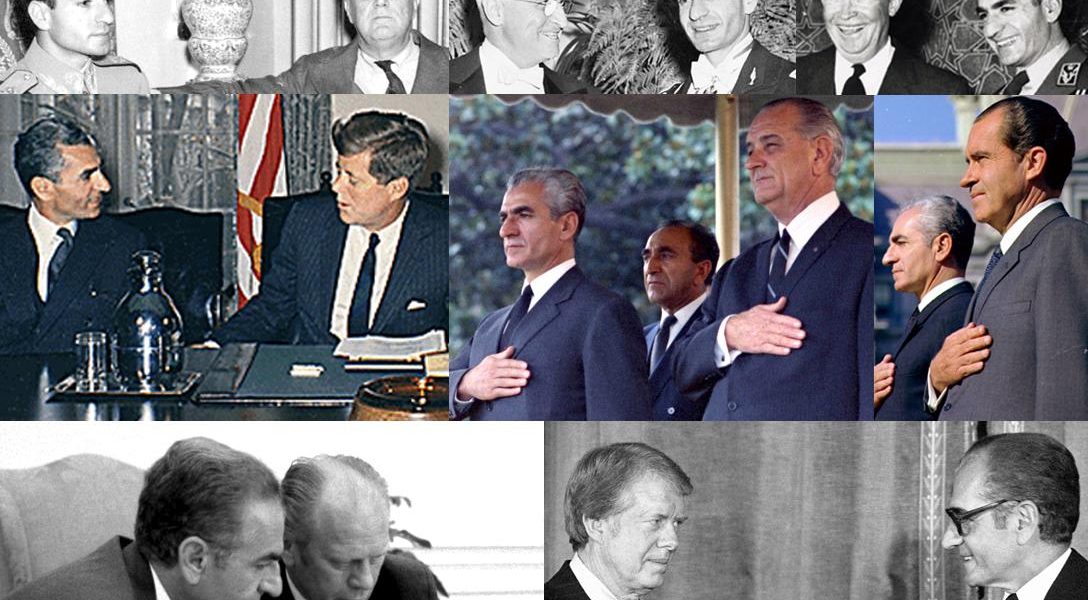 This just in: Iran doesn’t trust the West. What an outrage!  At least that’s what Washington Post columnist David Ignatius says. But why would Iran not trust the US?

Could they have bitter memories of all of the innocent civilians and soldiers killed by the chemical weapons the US gave Saddam Hussein, specifically, for the purpose? And the fact that the US facilitated the killings by keeping the Iraqis informed of Iranian troop movements, as seen on satellite. Could that make them a bit wary?

Or what about the time the US blew up an Iranian passenger plane — and then tried to cover it up?

Or do they remember when the US replaced Iran’s last democratic ruler with someone more to its liking, the brutal Shah Reza Pahlavi?

Could this history explain why Iran’s Supreme Leader Ali Khamenei describes the US as a “deceitful, crafty, skillful, fraudulent and devilish enemy”?

But back to our Post columnist, a predictable voice of US orthodoxy. He claims that Iran’s hard liners are deliberately conducting economic “sabotage” —  in contravention of claims that nuclear cooperation would foster an opening between the country and the West.

Ignatius cites various detentions of Americans in Iran, but his central example is the arrest of one man, Siamak Namazi, associated with elite Western organizations:

According to Iranian press accounts, Namazi is being held by the intelligence service of the Iranian Revolutionary Guard Corps in a special section of Evin Prison. News organizations close to the IRGC have published conspiracy stories that appear to be drawn from his interrogation and from information on his laptop ….[Snip]

The allegations center, bizarrely, on Namazi’s status as a “Young Global Leader” under a program organized by the World Economic Forum….[Snip]

The Namazi incident is a reality check for those who hoped that the nuclear agreement would be the prelude to a broader opening. Since the agreement was reached in July, Supreme Leader Ali Khamenei has repeatedly said that Iran won’t allow economic “infiltration” by a United States he described last month as a “deceitful, crafty, skillful, fraudulent and devilish enemy.”……[Snip]

The message from the hard-liners, whose IRGC-linked businesses have prospered since the revolution, is that they won’t give up economic or political power to the old elite, as sanctions are lifted and foreign investment grows in Iran.

What you need to know is that, in fact, there actually is a long history of the United States, Britain, and other Western countries going into the developing world under the auspices of “trade” and “diplomacy” and then doing absolutely everything they can to pillage the resources of those countries, including constant, major, catastrophic meddling in politics and fostering plots.

So, while some of the other arrests, detentions, etc that Ignatius mentions certainly can and should be questioned — and that of Namazi as well — a fair and accurate analysis would tell readers about the whole long history behind this mistrust.

Instead, Ignatius uses loaded terms like “conspiracy” and “bizarrely” to dispense with Iranian concerns — and suggests that the Iranian hardliners only motivation is to keep power for themselves.

Honest journalism that respects the American public would bring in the background and context.

It would also openly admit that the institutions sending some of these people to Iran, such as the World Economic Forum and the National Endowment for Democracy, are not purely altruistic enterprises, but openly seek to benefit corporations in search of financial gains abroad — corporations that historically have not been shy about throwing their weight around.

Since we’re talking about a struggle over whether to isolate Iran or to try to ease an opening into that important country, the choice should not be between no relations and another imperial feeding frenzy.

Places like The Post would do its readers a service by putting a little label on the people who tell us what to think. In Ignatius’s case, he is the son of Lyndon Johnson’s Secretary of the Navy. Ignatius Sr. left the administration and became president of The Post in time to hire Bob Woodward, who sank Richard Nixon and his policies.

Nixon, though the establishment media will not tell you this, was, in some surprising respects, like Kennedy before him, pursuing a fairly independent path. Like JFK, he was angering the very core of the establishment, including the Pentagon and its patrons in the corporate world, notably those with major operations abroad. (For more on this, see Chapter 10 of my book, Family of Secrets.)

What does this have to do with Iran and the Washington Post? This all might make it easier to understand why certain people are given platforms to influence public perceptions and foreign policy.

Now, how’s that for “bizarre” and “conspiratorial”?