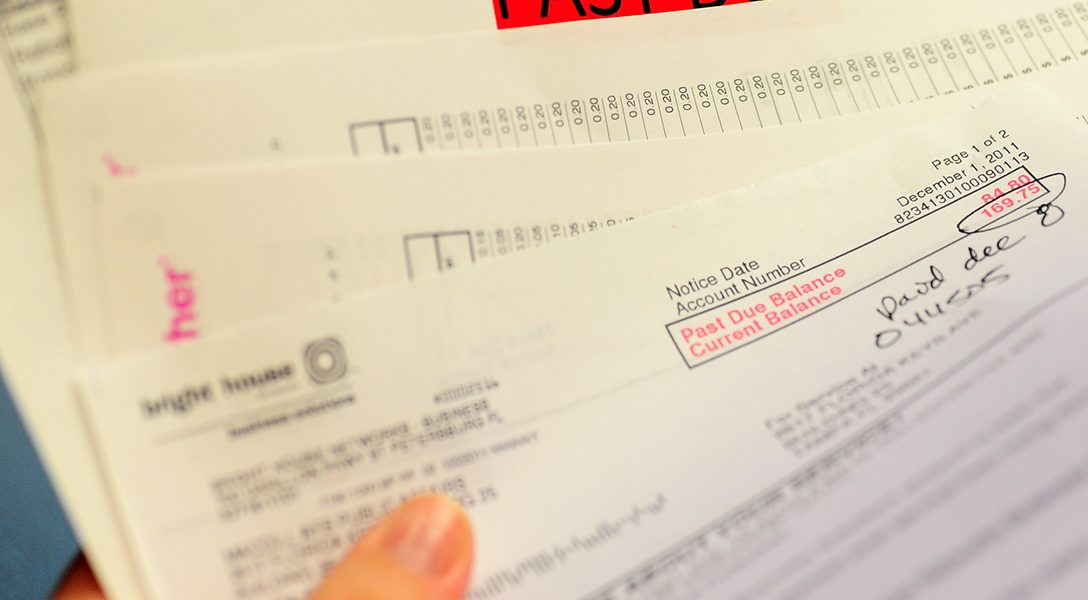 Four days after my article on spiraling government and household debt appeared here, the lead story in the New York Times business section — “Living on a Borrowed Dime” — gave examples of Americans struggling with credit card debt, as well as banks earning soaring profits from their credit card businesses. It also reported that overall consumer debt is again on the rise: “In May, total household debt levels hit a post-recession peak.”

Unfortunately, while they covered the topic from various angles, the Times writers never mentioned the one crucial fact that puts it all in perspective: the relation of household debt to household income. Since households dip into their income to pay interest on their debt, and to repay, in increments, their debt, it is the ratio of debt to income that measures how much debt any household can afford without inviting trouble.

As I showed in my article, the debt-to-income ratio for US households stood at 50-60% in the decades before the 1980s. That level of debt was sufficient to support the rapid household formations of the post-World War II baby boomer generation, without causing undue hardship to individuals or families.

However, starting in the 1980s, and continuing through the 1990s and 2000s, the debt-to-income ratio rose steadily, until it reached a peak of 133% at the start of the Great Recession in 2007. What followed were years of household bankruptcies, foreclosures, and forced retrenchment. The ratio has now fallen to 100%, as consumers pay down some debt, but it remains at twice the levels that prevailed a half century ago.

Failing to report on the fluctuations of that ratio is bad enough, especially since the Times prides itself on giving readers “All the news.” What is worse, however, is that without even a mention of household income, the Times writers managed to paint a far rosier picture of today’s economy than is warranted. Ignoring the fact that, at the very least, rising consumer debt poses a potential danger (as in the Great Recession only a decade ago), they treat rising debt as a positive sign: “The rising numbers reflect a growing economy and a robust financial system able to provide credit to people who need it.”

Such a twisted attempt at optimism may be intended to help keep America’s economic wheels spinning, but at the cost of plunging households further into debt, and — not coincidentally — with the result of helping to sustain banking profits.

As for bankers themselves, they are naturally on the side of optimism. In the Times “Living on a Borrowed Dime,” the chief economist for the American Bankers Association had this to say: “Delinquencies on credit cards have stayed remarkably low for five years.” Not a surprising development, since the years-long recession wiped out all the savings of millions of Americans, leaving only the better off with any credit cards at all.

And Citigroup’s chief executive is quoted in the same article: “A lot of the signs we look for in terms of the deterioration of the consumer, I’ve got to say, right now, we just don’t see.” Of course he doesn’t see the warning sign in the rising ratio of household debt to income, because he isn’t looking for it.

In short, for bankers, and apparently for the Times as well, the future of the economy looks bright, as long as households take on ever more debt, buy more products and services they can’t afford out of current income in order to keep business and industry humming, and continue paying usurious interest rates on their credit card balances to boost banking profits.

On the other hand, should expanding household debt — along with out-of-control government debt — bring on another recession, it will again be the most vulnerable households that suffer the worst consequences.

Neither of these alternative scenarios for the US’s economic future holds much appeal for most American voters. Much better would be meaningful improvement on the income side of household finances, to help average Americans cope with their debt, and at same time reduce the appalling gap between the wealthiest Americans and everyone else.

Such improvement, however, will only come with change in the ideological basis of American capitalism respecting the economic role of working men and women. It is a given today that “labor” is a “cost” to US corporations, and every stockholder applauds the higher corporate profits that result from cost reductions.

Most American voters, however, realize that there are two problems with this ideology. First is the practical contradiction. Working men and women are also “consumers,” and it is widely acknowledged that consumers represent about 85% of the US economy. Wouldn’t putting more money into the hands of working men and women benefit the economy? Producers of women’s expensive shoes, while controlling their own “labor costs,” naturally want producers of women’s expensive handbags and hats to increase their employees’ pay so they can buy more pairs of shoes.

The second problem with the ideology is the human factor. Thinking of human beings as “costs” reduces them to the level of inanimate goods, like steel or coal. When Franklin Roosevelt was governor of New York in 1931, he proposed that the state legislature express the following sense of the law: “The labor of human beings is not a commodity.” It strikes me that most American voters, given the opportunity, would support such an ideology. Giving them the opportunity will remain a goal of this writer.

Malcolm Mitchell is the author of Up From Gold: The Triumph of Paper Dollars, and the editor and publisher of Investment Policy Magazine (www.investmentpolicy.com).