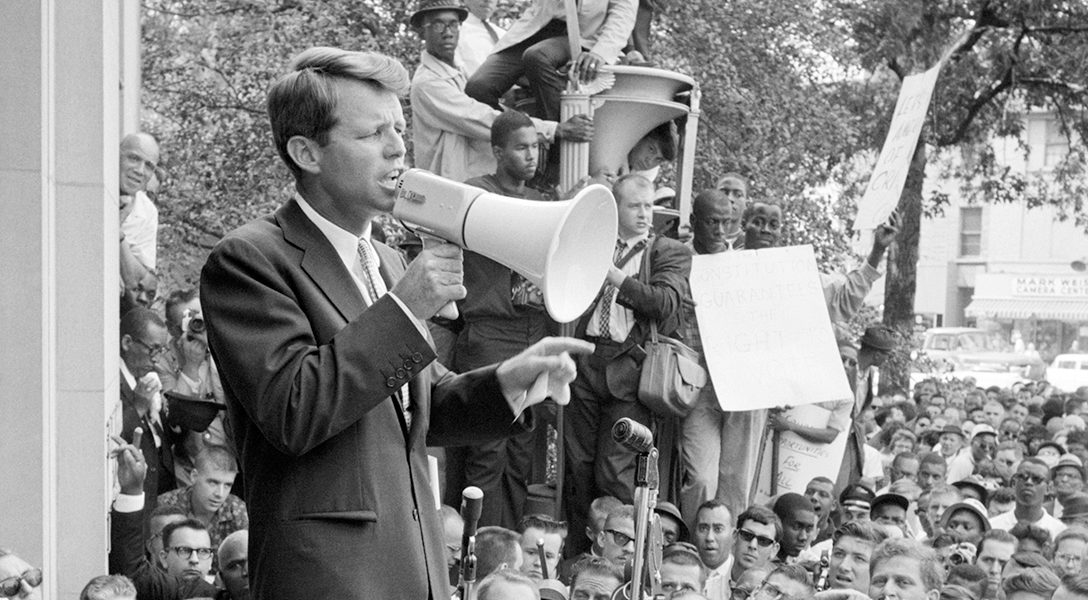 We live in a time when people in power grab words randomly, without much concern for meaning or context. They throw words and phrases around like boulders, to intimidate, attract attention, insult enemies. But there was a time when elected officials were more careful about what they said and how they said it, when the poignance of a Lincoln at Gettysburg or the expansive hopefulness of an FDR changed us. Robert Kennedy continued that tradition. He reminded us that words matter.

Below we present a small collection of Kennedy’s speeches that we hope you find as inspiring as we do.

We begin with the image of a slow train passing through poor neighborhoods on its way from New York to Washington. It contains the remains of Robert F. Kennedy and, to some people, the remains of their last hope. The train passes by the kinds of homes you often see around railroad tracks, homes of the poor, but all kinds of people silently watched the train go by — all colors, all ages, all walks of life, blue collar workers, soldiers, policemen, firemen, mothers, fathers, children. They stand at attention, saluting, or staring in disbelief, or weeping. Seeing so many different kinds of people along the way has an overwhelmingly cumulative effect. The images are accompanied by some of Kennedy’s most powerful words.