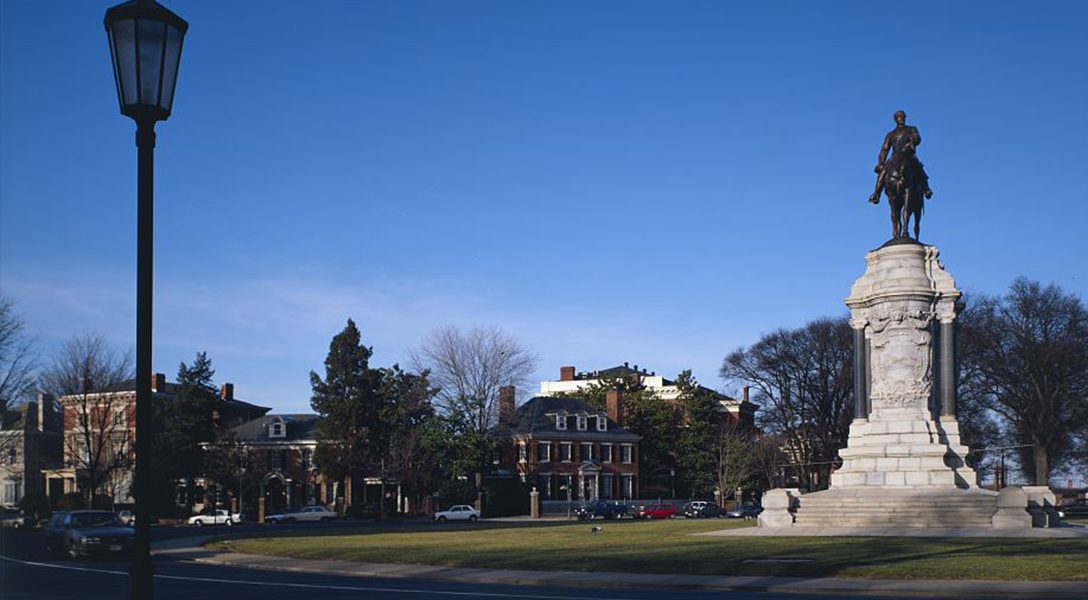 I’m having an attack of nostalgia. I feel a deep pang of loss as I think about the Confederate statues that line Monument Avenue in Richmond, Virginia. Are their days numbered? They stand only a few blocks from where my maternal grandparents lived in the 1950s, and where I spent many summers.  I loved staring at those doomed soldiers because I felt like I was getting a good look at my ancestors. That street, and much of Richmond, was kind of like a theme park, only it was authentic. To think this was real! As a little Yankee kid, I felt a certain thrill walking around enemy territory. Was I in danger? I hoped so!

I once wandered into a COLORED bathroom, causing a stifled scream from the women inside. What was the big deal? I just had to pee. A frowning older woman quickly shooed me out of there. She pointed me in the direction of the WHITES ONLY bathroom — but clearly she did not want to be seen with me.  She was scared.

My relatives seemed unaware the war was over. And they were certain that slavery had nothing to do with it. They were convinced it was all about economics. Were they awful people? Yes and no. They were all racist, of course.

I remember gnarly uncles sitting around in the parlor drinking and smoking in front of the gun case, getting ash all over the Persian carpet, their red eyes permanently fixed on the distant past.  At night, you could see in those eyes the flickering reflection of Richmond burning.

And I remember sitting on the back porch one fragrant night, watching fireflies and silent heat lightning flickering in the eastern sky, and listening to crickets and tree frogs, and tales of ancestors… the country doctor who went for a walk by the ocean and came upon a screaming scene of horror…  Slaves, men, women and children, were being thrown into the sea and held down until they drowned. They had smallpox and were no longer of use. So this doctor saved those that he could, made them well — and then put them to work. I suppose he treated them all right, because their descendants stayed with the family, presumably out of gratitude, though free. (The last one died in the 1930’s.)

My father, who lived in Paris during the 1920s, considered his in-laws uncivilized, but preferable to the “Babbitts” who lived around us in the north. Even though he and I were simpatico, I left home as soon as I could, barely finishing high school.

In the 1970s, I went back to that old house near Monument Avenue. Unannounced, I walked up and rang the bell. A tall, slim, black man came to the door. I told him my grandparents used to live in their house, and I was just wishing I could have one last look around. He squealed with delight, invited me in, and introduced me to his husband.