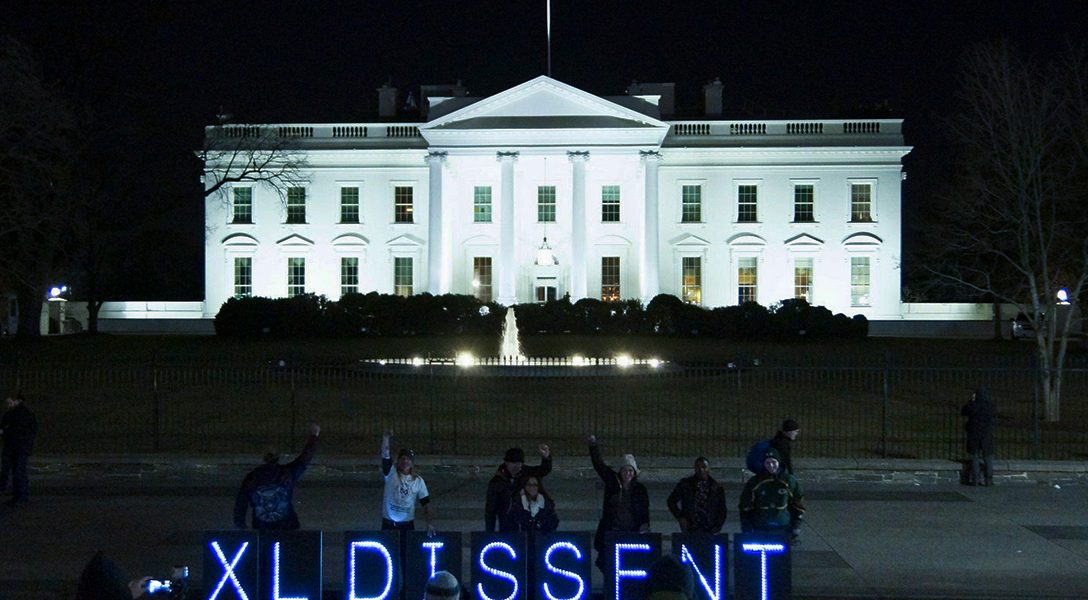 Environmental Groups and States Go to War With Trump

On March 24, President Trump signed an executive order to forge ahead with the Keystone XL oil pipeline that had been scotched by Obama in 2015. This is the deal to send tons of dirty tar sands Koched-up oil from Canada across 1,200 miles of the US to Gulf Coast refineries.

Already, Nebraska residents are gearing up for battle. The state’s public utility commission has yet to grant a permit, and landowners all along the proposed route are refusing to let their property be taken. Should a spill occur, the Ogallala aquifer underlying the state would face severe contamination problems.

Two major lawsuits have already been filed, one by the Sierra Club and Friends of the Earth and the other by the Indigenous Environmental Network and the North Coast Rivers Alliance. Both actions will be heard in federal court in Montana, and will argue  that the project’s approval is based upon an outdated and biased environmental assessment conducted in 2014 by a company with a conflict of interest, as well as a history of violating treaty laws with Native Americans.

Michael Brune, executive director of the Sierra Club, said on the group’s website: “We continue to meet Trump in the streets, and we look forward to meeting him in the courts to stop his reckless agenda that threatens our clean air and water and the climate….”

This isn’t the only environmental legal challenge happening. Trump’s executive order lifting a moratorium on new coal leases on federal land – without any federally required study of the possible ecological impact – has brought a suit by the Sierra Club, Defenders of Wildlife, EarthJustice, the Center for Biological Diversity, WildEarth Guardians, and the Northern Cheyenne Tribe in Montana, whose reservation is in close proximity to over 425 million tons of coal at two different mines.

States are joining the fray as well. California Governor Jerry Brown said he’s prepared to sue if the EPA tries to stop his state from setting stronger fuel-efficiency standards for cars and light trucks.

“I fought the Bush administration as California’s attorney general and will continue defending the California law,” Brown said. “Not out of any political position, but in recognition that the world is at risk and that the lives of real people are endangered.”

Washington Governor Jay Inslee and Montana Governor Steve Bullock are also looking at going to court.  “As governor of a state with millions of acres of public land,” said Bullock, “I will not stand idly by if Congress or other outside special interests try to erode the birthright of all Americans.”

And a coalition of states and environmental groups are banding together to prevent the new administration from stalling Obama Administration standards for more energy-efficient ceiling fans, portable air conditioners and other products.

Notice has been served to Energy Secretary Rick Perry of a suit coming unless the previous White House’s plan gets implemented. As New York Attorney General Eric Schneider said, these are “common-sense” standards that would vastly reduce air pollution, including carbon dioxide, mercury and methane – and would save consumers and businesses close to $24 billion on their electric bills.