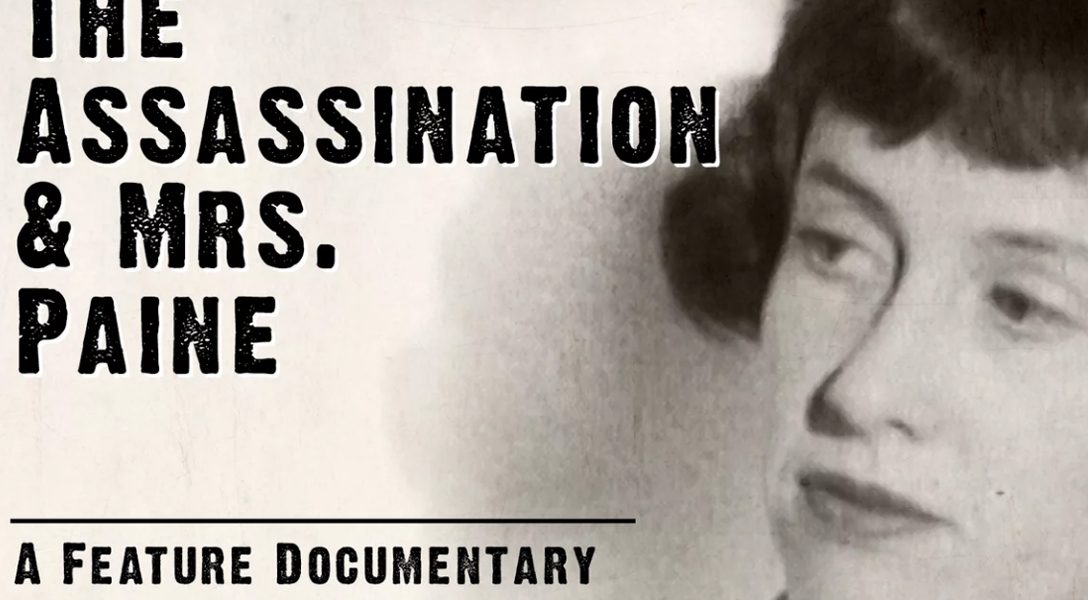 A filmmaker is working on a documentary about one of the more intriguing and major figures in 20th century American history. Here is an overview of the film from the creators:

The Assassination and Mrs. Paine is a provocative portrait of 84-year-old Ruth Paine and her inescapable connection to the JFK assassination. As a key witness and benefactor of Marina and Lee Harvey Oswald, conspiracy researchers have long suspected Ruth of a sinister role in a wider plot. Today, even as an anonymous resident of a Quaker retirement home in northern California, Ruth is still haunted by those who are convinced that she holds a secret to the crime of the century.

Over the last two years, director Max Good has conducted extensive interviews with Ruth Paine. This will be the first film to directly address the suspicions that have been aimed at her.  Ruth played a central role in the assassination drama and much of the evidence against Oswald was found in her home.  Ruth also helped Oswald obtain his job at the Texas School Book Depository.  Ruth has connections to the CIA through immediate family members.

The Assassination & Mrs. Paine will treat this controversial history with the aesthetic and philosophical care it deserves. It’s a true-crime documentary about a crime that changed the course of the world.  The film’s unique approach will broaden the audience for this history beyond the conspiracy niche.

We encourage you to check out their website, and Kickstarter drive which ends tomorrow!